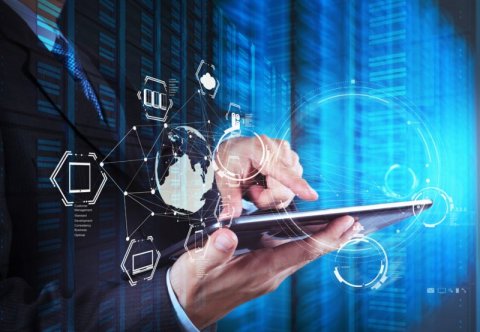 Within the framework of Program 5-100 being fulfilled at the University more and more innovation technologies are being integrated into the training process at SUSU. The pedagogical arsenal of professors is constantly expanding with new non-standard solutions including timelines, video-lectures, educational kits of new training goals and many, many others (for more details on the new training technologies please visit the web-site “New Training Technologies”, Section “Tools”).

Under Project М.8.2.2 “System of Motivation of Teaching Staff to Master New Training Technologies” a ranking was established at SUSU to mark the professors actively using new technologies and able to truly fascinate students with studies and inspire them to make scientific discoveries.

“This professors’ ranking was based on ranging the assessments of the professors’ activity in descending order on the Electronic SUSU web-portal. SUSU employees actively interacting with students at this official educational portal were included in the ranking. Meanwhile, checking of tasks’ completion via the web-portal was taken as the main criterion of the assessment. Academic year of 2016 – 2017 was taken as the calculation period,” notes Project Manager, Deputy Director for Learning Support of the Institute of Open and Distance Education Olga Elagina.

The total of 231 University professors took part in the ranking. Professors of the SUSU Institute of Open and Distance Education were not included into this number since working on the educational web-portal is their main scope of activity.

Based on the professors’ ranking, a ranking of Schools/Institutes which used new training technologies during 2016 – 2017 academic year was drawn up. School of Economics and Management is an obvious leader in it!

Our sincere congratulations to the winners! We wish that your work remains as fruitful in the current academic year! And the employees of the Institute of Open and Distance Education are always ready to help you with that. Here is to remind you that for your convenience at the web-site of New Training Technologies a special project Electronic SUSU in 5 minutes was launched which comprises short videos describing the essence of a professor’s work via Electronic SUSU system.