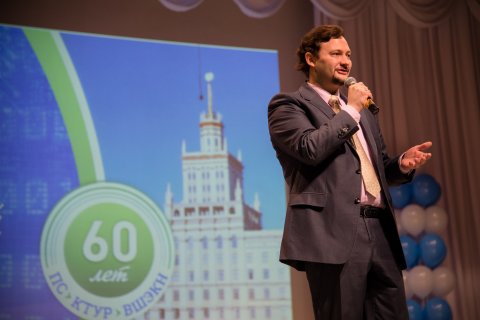 On December 1, the SUSU School of Electrical Engineering and Computer Science celebrated its 60thanniversary from the foundation day.

Lecturers and employees of SUSU, graduates, partners and employers of School of Electrical Engineering and Computer Science, and representatives of Government of the Chelyabinsj region took part in the event. The Rector of South Ural State University, Alexander Shestakov, opened the celebratory event with a congratulatory speech.

“In the result of fusion of faculties, we received a very resourceful object which unites highly trained specialists in electrical engineering, programming, management, mathematics – the people who are capable of solving the most complex scientific problems and training other specialists. Today the Faculty performs serious works in the spheres of measuring equipment, management, and data protection, and has connections for international cooperation. I hope that the School of Electrical Engineering and Computer Science will become a worthy successor of the Instrumentation Engineering Faculty in the field of training highly-skilled specialists.” “In fact, a revolution occurred in the last 2 years. We got included in the Project 5-100 and started regarding ourselves in some different way. We compare ourselves with regional universities and partners from around the world. In this regard, the School of Electrical Engineering and Computer Science nowadays considers itself as a global-level player in the sphere of Industry 4.0, digital industry, digital economy, and implementation of systems for automation of industrial processes. All of this completely complies with the heritage of the Instrumentation Engineering Faculty.” 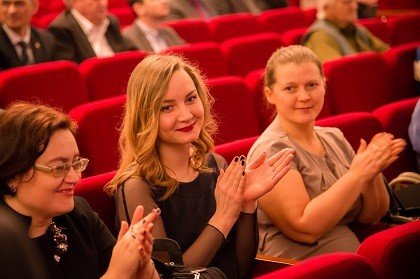 During the formal part of the event, notorious graduates of the Instrumentation Engineering Faculty took the stage of the SUSU Activity Hall; among them was Igor Fetisov, the First Deputy Minister of Information Technologies and Communications of the Chelyabinsk region.

“The university provided me not only with basic scientific knowledge, but also with the most important thing – the ability to find and organize information, work with it and extract from the information the essence which is necessary for moving forward with your projects, research and inventions. I graduated the university in 1996, and I have been using these skills for my entire life. I am cordially grateful to our lecturers – the people who brought us to the adult life and gave us everything that we have now.” Deputy Director General of the Scientific and Production Association of Automatics, Leonid Shalimov, also noted the role of the Instrumentation Engineering Faculty in his career.

“I am very grateful to my favorite Faculty due to this reason: having graduated, I have been working according to the specialty for my whole life. I graduated with the specialty of aircraft automated control systems, and therefore, working in the Scientific and Production Association of Automatics, almost from the 1st day I had been taking part in many rocket complexes and supervised three of them: the ‘Sineva’, ‘Bulava’ and ‘Soyuz-2’.” 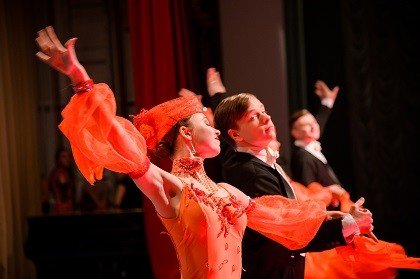 During the celebratory part of the event, members of the Mannequin student theatre, Primavera chorus, and students of the School of Electrical Engineering and Computer Science performed on stage.

During December, we will continue publishing interviews with outstanding graduates of the Faculty on the official site of SUSU.