“Help People and Cognize Yourself,” – Elena Soldatova About Psychologist Profession 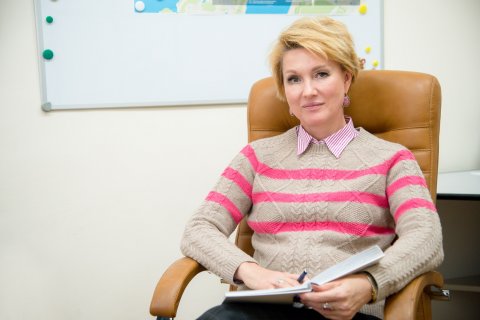 In November, Psychology Day is celebrated in Russia. This day has no official status; nevertheless it is celebrated by psychological community. Mental health of a person is not less important than his physical health. It indicates the healthy condition at which the person can realize his own potential, can deal with every-day stresses, perform work more efficiently, and contribute to the life of society. Elena Soldatova, Dean of the Faculty of Psychology of the SUSU Institute of Social Sciences and Humanities, told us about development of psychology as a science, attitude to the profession, and its new areas.

– What is the specificity of a psychologist’s work?

– Psychologist is not just a profession; it is a calling. Those who come to study psychology do that because they want to help people and cognize themselves. As a rule, it starts from one’s childhood with an interest to what encourages a person to action, what are his motives, what makes him to make a choice, how to learn being useful and efficient. Psychology helps solving these problems.

Not so long ago, you could hear an opinion that it’s better not to go to a psychologist, that a person will be considered abnormal. But nowadays the majority of people became more adequate in accepting psychological help. After all, psychologist is a person who works with ordinary people without any serious mental deviations. Psychologist helps people who found themselves in a difficult life situation, when a once-efficient and successful person suddenly starts feeling that it’s difficult for him to solve some problem, everything is falling apart and nothing works, when the person can’t manage this with his own resources and it’s difficult to change the situation. Psychologist doesn’t give advice and doesn’t teach a person how to live; he helps the person to open the inner resources that he himself fails to see in this difficult situation.

– How long has psychological help been providing in Russia?

– Psychology is a comparatively young science; it started from practicing in the beginning of the last century precisely as an applied science. You could find its roots in philosophy; ancient scientists strived to comprehend what is soul, and the word “psyche” is translated precisely as “soul”. The discussions concerned the way a person thinks, about his perception of the world. At the end of the last century, scientists started focusing attention on how to help a person to deal with problems. The science reached its contemporary range at the end of the last century. In Russia, the profession of a psychologist wasn’t widespread – only several faculties performed training of psychologists. At different times, applied research were intensively developing in the sphere of educational psychology and psychology of childhood, along with psychology of high performance sport and cosmonauts’ training. Why? For sending a man to space travel, to a closed space where there is no the possibility for mass communication, where there is only the team. And the team is efficient only when all its members understand and accept each other. That is exactly why psychological selection was required: to help forming such team, to see how efficiently they will cooperate and how effective their work will be. During the Soviet period, our athletes were achieving quite high results while working with psychologists. The work was targeted at goal-setting, endurance, elimination of the “exam effect” when a person can’t demonstrate his best because of anxiety. From the late 90s, the system of psychological follow-up in education started actively developing. Back then, there appeared many psychologists who became the prop of the education system and for many families during the eon of changes, in the condition of serious economic and social upheavals. All these spheres are still relevant.

– What new areas appeared in the last few years?

– If we are to talk about areas in scientific and applied psychology, there is still plenty of them: psychology of personality, psychology of communication, organizational psychology, psychology of mass communications, impact psychology, etc. Generally speaking, psychology is applicable everywhere where there is a person and personal relations. The new appears where new technologies appear. Nowadays, considering the computerization, many people, and children especially, go to the Internet-space, to a digital space where the moment of direct human communication vanishes. This alters people’s personalities and leads to certain problems. Another area is connected with the creation of artificial intelligence. The main goal of its creators is to teach it how to interact with a human so that he wouldn’t realize that the intelligence is artificial. But this is the thing that, in my opinion, can’t be recreated. A person differs from a machine precisely by the fact that he can experience emotions, not just simulate them. This is the area where resources of IT-specialists and psychologists combine. Speaking about new areas, I can say that standing in the first row right now are interdisciplinary connections which develop psychology, such as neuropsychology or psychogenetics. New technologies in interdisciplinary sciences enrich psychology with new methods and new tasks.

– How important is psychology in a modern person’s life?

– At the end of the last century, at the edge of 2000, we believed that the 21st century will be the age of psychology. I still think this to be relevant. Considering the fact that digital technologies are actively developing and people, unfortunately, are going to “another space”, human relations change as changes the self-attitude, the way of thinking, perception of the world. In order to contradict alien influences, it is necessary to preserve one’s own identity and personal integrity, which means being able to comprehend oneself. In order for a human to stay human, he necessarily should know psychology’s fundamentals as a minimum, and communicate with a psychologist.