SUSU Contributed to Opening of the Pyotr Stolypin Monument 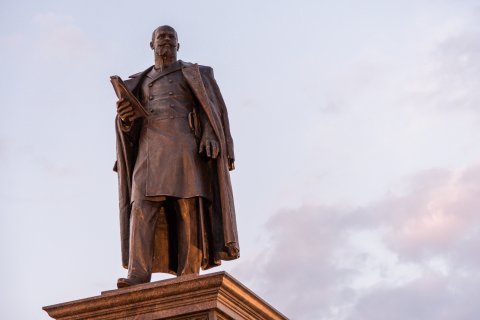 Opening of a monument to the great Russian reformer Pyotr Stolypin took place in Chelyabinsk.

The four-meterhigh sculpture was installed in front of the Rodina (Motherland) Chelyabinsk Hall of Chamber and Organ Music. Pyotr Stolypin is embodied wearing his working uniform jacket and with documents in hand. The sculpture and bas reliefs depicting sights of our Ural city were moulded in Smolensk. Lanterns and benches, also positioned around the monument, were created by masters from Kasli. 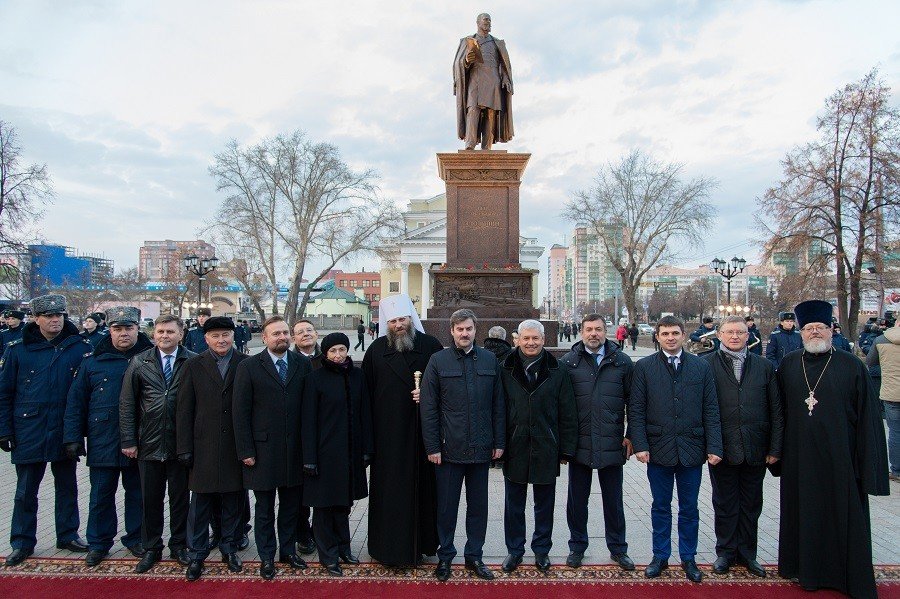 “History becomes especially significant when it is valued not only by contemporaries, but also by descendants,” noted Vice-Governor Evgeniy Redin in his speech. “Today we are paying our tributes to the person who made a lot for development of the Russian state – to the great reformer Pyotr Arkadyevich Stolypin.”

Essential contribution to creation and opening of the monument was made by South Ural State University.

“SUSU actively participated in fund raising for construction of the monument. In fact, there was a headquarters at our university for organizing opening ceremony of the Pyotr Arkadyevich Stolypin monument. We also held a research and education forum on the legacy of Stolypin, at which we discussed and considered the essence and significance of reforms that Stolypin carried out in Russia. Today it is very important that young people knew history of the Russian state and remembered the names of reformers such as Pyotr Arkadyevich who greatly contributed to strengthening the power of our country,” emphasized the SUSU Rector, Alexander Shestakov. 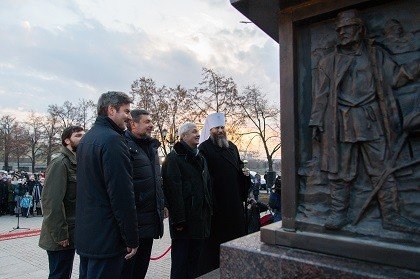 Initiator of installing the monument in Chelyabinsk was the Foundation for the Study of the Legacy of P.A. Stolypin under support of local governing authorities.

As said the Chairman of the Foundation for the Study of the Legacy of P.A. Stolypin, Pvel Pozhigailo:

“The idea of installing the monument in Chelyabinsk appeared for a reason. This city was very symbolic for Stolypin. He once planned to create here the capital of industrial Ural.”

The author of the monument, Anton Plokhotskiy, had to purposefully come to Chelyabinsk in order to feel atmosphere of the city and understand what the monument should be like. As a result, the sculptor presented the reformer to Chelyabinsk residents in the way Pyotr Stolypin looked in 1910 when he came to the South Ural capital. We should notice that after Moscow, Saratov and Serpukhov, Chelyabinsk became the fourth city in Russia were a monument to the great reformer Pyotr Stolypin has been installed.