UMNIK is a Chance to Make your Dreams Come True: Elizaveta Shulga about Winning this Program 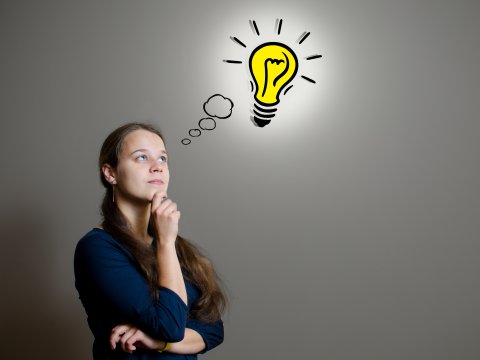 South Ural State University presents young researchers with a unique opportunity of realizing their scientific potential. The UMNIK program is not just a demonstration of one’s scientific developments, but also a chance to win 500 thousand rubles to realize one’s project. Today, the commercialization of a scientific development is the most important indicator of demand for it. By participating in UMNIK, young researchers have a chance to examine the demand for their project, since the contest is aimed at supporting commercially-oriented scientific and technical projects.

The main criteria for a contest project are: scientific novelty, relevance of ideas, technical significance, plan of realization, promise of commercialization of the results, and evaluation of one’s capabilities and dedication to their ideas.

Finalists are chosen in such priority areas as information technology, medicine of the future, modern materials and techniques for their creation, new tools and equipment, and biotechnology.

A graduate of the School of Electrical Engineering and Computer Science Elizaveta Shulga won this program in 2016. The topic of her project was “Development of intellectual systems of video monitoring to ensure the safety of bicycle, automobile, and motorcycle parking based on the automatic assignment of an object to its owner.”

–  How did your interest in computer sciences begin?

– I knew languages quite well and I thought about going on the path of linguistics, but the fact that I studied in the physics and mathematics class pushed me towards choosing informatics on the EGE (Uniform State Exam). I must note that I got very good marks for this exam. Then I enrolled at SUSU in the Faculty of Computational Mathematics and Computer Science in fundamental informatics. Right now, I can say confidently that the School of Electrical Engineering and Computer Science gave me an excellent base of knowledge, and thanks to them I found a good job quickly.

– How did you find out about the UMNIK contest?

– This contest is very well known in our university, especially at the School of Electrical Engineering and Computer Science. I decided to test my strength in it. First, I had to form the application, and this was probably the most difficult part, because there were tough, but fair, requirements to all the smalestl details. I had to study the market, talk about why this product is needed, and why it is competitive.

– Tell us about your project and why you chose this topic in particular.

– The idea of my project was that a person who leaves their bicycle at a parking area would have a chance to find out if some other person came near it by receiving a signal at the guard post. Of course, there are already many systems of intelligent video monitoring, so when I was preparing for the contest, I threw away many ideas. After all, video monitoring systems are very developed now. They can track cases of vandalism (fights, attacks, arson, or spray painting), but they cannot track cases in which a person comes to a parking area with bolt cutters, cuts the lock, and takes someone’s bike. This is what’s unique about my project.

I understood very well that to participate in this contest, I would need help and consultation from an experienced specialist. That is why I went to the leader of my practical training, Vladimir Gorshenin, the then supervisor of the research division of the PressFoto Group Company. I asked him to evaluate the competitiveness of all the projects I thought up, and together we decided on this project.

– The contest consisted of a few categories. I was in the category Informational Technology. There were also categories related to natural sciences, metallurgy, and so on.

The contest passed pretty quickly for me. I thought that 5 minutes would not be enough for such a presentation. Of course, there are some advantages to this limitation. Participants must be able to present their ideas quickly, accurately, and in an easy-to-understand manner. After presentation the members of the jury ask some questions – I had a lot of them.

The jury gave a personal evaluation to each student that presented. In addition, we completed applications on the web-site and sent a documents package to Moscow with descriptions of our projects and a more thorough documentation with an analysis of competitiveness and of the market.

– How did you find out that you won, and what did victory in this contest give you?

– I found out about my victory from an email. The long-awaited results came 2 months after the contest. Over 30 people participated with me. Each region had a certain number of prizes assigned to them, and I took one of them!

After my victory, the next stage began – forming of contracts. Sometimes the participants do not succeed at this stage, since it is a very laborious task requiring accurate and detailed work with papers and documents. This stage is also evaluated by the fund committee.

Receiving the prize fund is also a procedure on its own. The prize is given away in three stages, where the first transaction equals 200 thousand rubles for the first year. At the end of the first year of work on your project, a report is sent to the fund about the work that has been completed, and another short presentation is given to the committee. If the jury is satisfied, then the next 250 thousand are transmitted to continue the work. And after this, if you tell them that you received a patent, wrote an article, or opened your own business, they give you 50 thousand rubles more.

–  What stage of your project are you working on now?

– Right now, I am studying the existing algorithms for motion tracking and comparing two body shapes or faces. I am developing a prototype for the system. A few common difficulties have occurred regarding how to determine which software is being used at guard posts right now. Unfortunately, it’s very difficult to figure this out, because there is no guarantee that the staff of security agencies will give me this information. So now I am creating a prototype using cross-platform instruments.

– What is the main point of participating in this contest?

– The point of participating in this contest is that it’s a chance for young specialists to work on scientific developments which are interesting to them, implement them into real use, and, through this, realize oneself.

To everyone who is still thinking about whether or not it is worth participating in UMNIK, I want to say that I am not the first person who has been successful. There are many SUSU students and graduates who were also successful. My classmate, for example, also won this contest one year earlier than I did. He is working on a mobile application for diabetics and has already succeeded in opening his own firm.

To active students, I want to say if you have some ideas that are helpful to society and which can be brought to life, don’t be scared to go on stage to talk about them! The most important thing, after all, is to start. Then, the contest will give you the chance to turn your ideas into a real and helpful product. And even if you are not successful the first time, that will be a reason to work on your mistakes and try again!

As a reminder, participation in the contest is open to citizens of the Russian Federation aged 18 to 30 who dream of realizing their scientific projects. You can apply at the web-site http://umnik.fasie.ru/.

Dates for the selection stages:

The in-person stage of the program lasts through November 5th.

Participants for the final stage will be chosen November 6th through November 20th.

Verification of the list of participants for the final stage of the conference will be completed on November 21st.

Presentation materials from participants of the final stage of the conference will be collected from November 22nd through November 28th.

The in-person stage of the conference will be held on November 29th and November 30th.