SUSU Scientists Give Presentations at a Scientific Forum 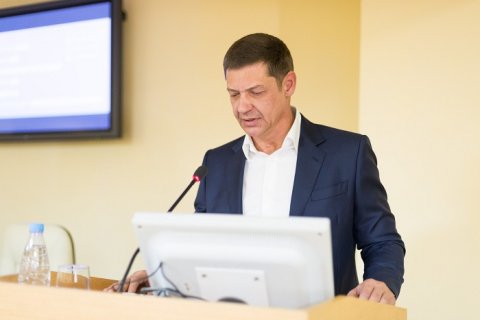 At the scientific forum under the 23rd Congress of I.P. Pavlov Physiology Society, South Ural scientists have presented their papers on the issue of synchronization of alpha rhythms while organizing functional state of individuals training under psychoregulation system.

The event took place as part of celebration of the Society’s 100th anniversary and was held at the Voronezh State Medical University named after N.N.Burdenko. A wide range of issues was covered at the Congress related to both solving fundamental physiological problems, and scientifically based assurance of high-quality life of people, creation of a unified disease prevention environment, as well as assurance of safety in various fields of life and labour activities.

Delegations from 12 foreign countries came to the scientific forum. At 39 venues 69 symposiums and scientific conferences were held, where papers of the scientists from the SUSU’s Institute of Sport, Tourism and Service, Vadim Ehrlich, Alexander Isaev, Vladimir Kodkin, and Gulnara Maksutova, were presented.

New ideas and propositions of scientific collaboration came up in the course of the discussions.