The Beginning of Big Science 2017: the First Stage on the Research Path 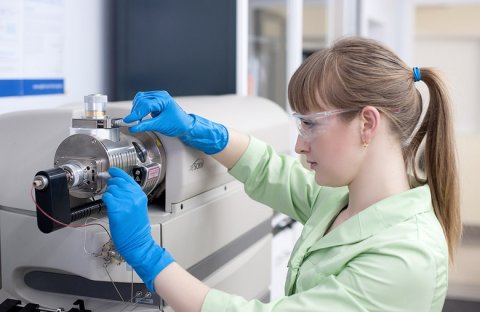 For many young SUSU researchers and post graduates, May 2017 became a unique benchmark for reporting intermediate results of scientific achievements and setting future, long-term plans.

At the end of May 2017, the first selection stage was completed in two large contests in which young researchers had a chance to show themselves more clearly. On May 15th, applications were closed for the competition of scientific projects for young pedagogical workers entitled The Beginning of Big Science 2017, in which 31 young researchers participated. On May 25th, the first selection stage was closed in the Scientific Potential 2017 competition for post graduates, for which 32 applications were filed.

The main goal of such competitions is the financial support of scientific projects and, as a result, increasing the number of publications by young SUSU researchers in leading international journals. Thanks to the relevant scientific ideas that young specialists from our university are sharing with scientific society in their materials, the university’s chance of increasing its competitiveness among international centers of education is growing.

In the contest between pedagogical staff The Beginning of Big Science 2017, 3 applications were filed from doctors of science, 20 from candidates, and 8 from those who do not yet have an academic title. The most applications were filed by researchers working on developments in the area of engineering (16). Representatives of the socio-humanitarian areas also participated actively (10 projects). Five applications to the contest were made by the area of Natural and Hard Sciences. The leader by number of applications was the Polytechnic Institute. This division of the university offered 9 projects for the contests among young researchers.

As a reminder, these contests are being held for the second time already within the 5-100 Russian Academic Excellence Project (Project M.3.2.1 “Support young research and pedagogical staff and students with grants for scientific projects including completion of internships in leading research organizations and universities”). Analogous intellectual battles among young researchers and post graduates already offered their significant results in 2016.

As a result of the 2016 competitions, a third of the winners from young scientific and pedagogical workers were published in journals which came out in the first quarter. Among them – Denis Vinnik (Engineering, “The Creation of Monocrystalline Material for Microwave Electronics with a Working Frequency up to 110 Ghz”), Igor Krivtsov (Natural Sciences and Human Science, “Photocatalytic Conversion of Organic Compounds”), Irina Yushina (Natural Sciences and Human Science, “Computer Modeling of Structures and the Study of Organic Crystal Iodides with Non-Linear Optical Activity”).

Articles by Svetlana Gudkova (Natural Sciences and Human Science, “Receiving and Studying the Characteristics of Hexaferrites Barium and Strontium Alloyed with Manganese for Use in Microwave Electronics), Tikhon Podshivalov (Social Sciences and Humanities, “Good Faith as a Criteria of Legitimacy in Private Law”), Igor Levanov (engineering, “Studying Additives to Improve Anti-wear and Anti-scuffing Qualities of Transmission Fluids”), and Oksana Zinina (Natural Sciences and Human Science, “Development and Practical Justification of Means of Bioconversion of Collagen-Containing Raw Materials”) have been accepted for publication in journals included in the top-25 of WoS and Scopus. We congratulate the young researchers with this recognition of their merits in the international academic community and wish them only success in future intellectual competitions.

Please note that the results of the contest Beginning of Big Science 2017 and Scientific potential 2017 will be posted on September 2017. Follow the news on the SUSU site and on the site Support for Young Science.