Chelyabinsk Polytechnic Institute of SUSU: Return of a Legend History develops in spirals. The more than half-century history of South Ural State University has pushed this thought. Founded as the Chelyabinsk Mechanical and Machine Building Institute, the university was renamed to CPI in 1951. “Polytech”, and not something different. Why? Because at that moment the country desperately needed engineers – strong, well-trained, with initiative. The Polytechnic Institute of that time gave the Union such employees. Today, after a long lull, the technical professions are once again at peak popularity, the Polytech has been reformed as a “university within the university”, and the largest Ural region factories are in hot pursuit after its constructors, aviation workers, energy workers, and liquid-fuel rocket engine engineers, and ammunition industrial engineers. Sergey Vaulin, director of this new academic institution, tells us about its successful present and highly charged future.

The age of rebirth

When South Ural State University landed among the top 21 Russian universities and got the chance to become one of the world’s academic elite, reorganization happened within the institution and, in a way, a new coil of history began.

In 2016, as part of the execution of the 5-100 Project, SUSU’s technical faculties were combined into a new intrauniversity institution – the Polytechnic Institute.

“We all remember that South Ural State University was formed, in the beginning, as a polytechnic university. The technical portion of the academic and research processes was the ‘mainline’ for many years,” says Sergey Vaulin, director of the Polytechnic Institute, “Of course, at different times the demand for engineers has been different. For the first century, CPI trained specialists in the engineering industry across the country: defense industry, and aircraft building, and rocket building, and machine building. The Institute’s graduates were really considered the technical elite and were highly regarded by companies and organizations of both the South Ural region and different regions. Famous researchers, celebrated engineers, and factory directors came from the university.” 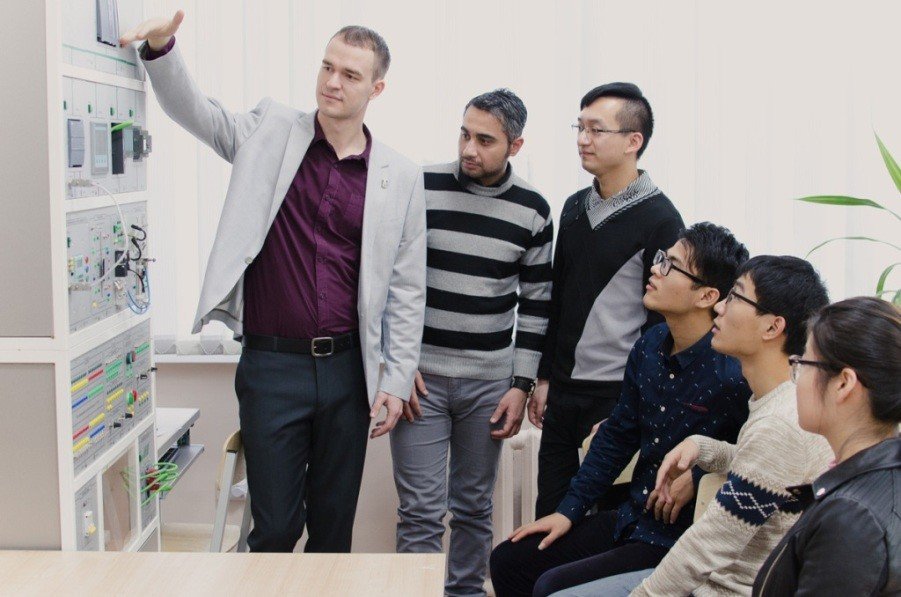 “Today’s combination of the SUSU technical faculties, on a principal level, gives us a chance to integrate all academic and scientific resources, strengthen the university’s competitiveness to the maximum, bolster our reputation as a leader in the technical fields of knowledge both within the Ural region and abroad,” continues Sergey Dmitrievich, “It is a blessing that we have strong academic staff, and modern technology, and, no less important, partnerships with employers who are already lining up for our specialists.”

They’re from the future

After the integration, which was aimed at increasing the university’s power, the Polytechnic Institute includes the Automobile and Tractor Engineering Faculty, the Mechanical and Technological Faculty, the Power Engineering Faculty, the Faculty of Aerospace Engineering, and the Faculty of Material Science and Metallurgical Technologies. They also have their own Extramural Faculty, and special attention is given to the so-called Elite Training Zone in aerospace engineering and power engineering. The Polytech combines 19 technical departments, each of which is something unique. There are also five basic departments for the university spread across cities in the Chelyabinsk oblast.

The Polytechnic Institute is guided by five scientific divisions and six scientific research centers and laboratories.

“We have always used bleeding edge equipment for the education of students within the institute and for the solution of scientific tasks. Today, when potential employers – SUSU partners – come to our university, many of them turn out pleasantly surprised at how our strong technological base is used to train young specialists and for work on large projects by order of Russian factories,” continues Sergey Vaulin, director of the Polytechnic Institute, “From the very beginning of our university’s existence, scientific schools and laboratories have formed at our university, aiming to solve defense issues, and then also civilian and domestic issues. Now, we use the resources of our own, fully equipped scientific research centers. We are currently completing developments for SDB Turbina, the foundry enterprise Khodoviye Sistemy, KAMAZ, and more. We are also testing new materials and completing the experimental release of various installations. It is quite important that now, when all of the faculties have been combined into a unified institute, we work together more tightly and more productively. The university should receive a strong, synergistic effect from this unification". 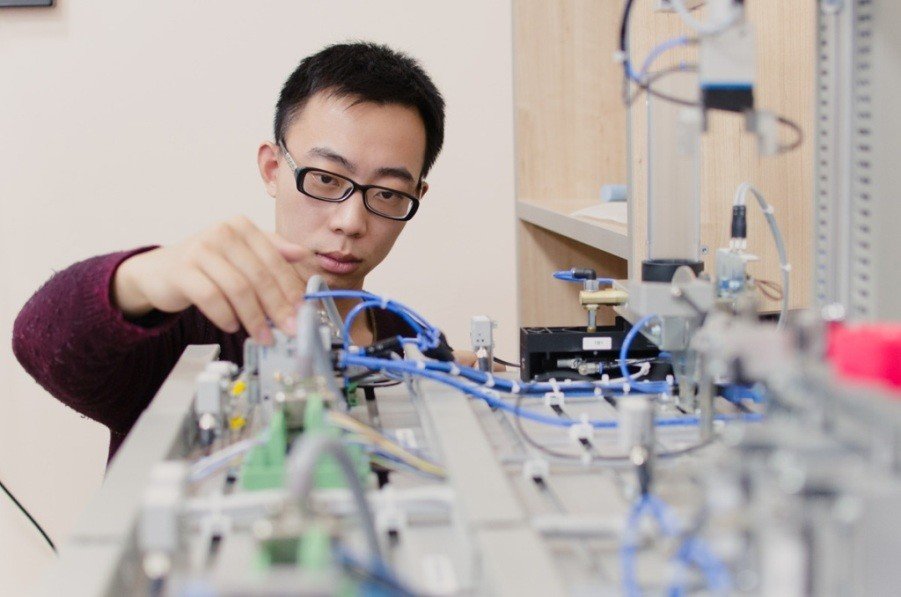 Today around 6000 students are studying at Polytech. The planned admissions in September include 2400 future specialists, bachelors’ students, and masters’ students. The times when the engineering profession was considered obsolete, non-paying, unnecessary, are in the distant past. The demand for technology experts is only growing. Today, SUSU graduates are not running after employers, but the opposite. Factories, including design bureaus and companies in the military-industrial complex are keeping an eye out for valuable staff, literally announcing “head hunts”. Employers build relationships with students from their third year of study, and before the fifth year, the sharpest and most proactive students are already hired.

For the organization of effective partnership with the SUSU Polytech a series of relationships have been formed with organizations interested in the professional orientation of students. A typical practice of the institute is a vacancy fair for school students and a Doors Open Day for applicants and their parents. University graduates, current students, and company representatives are invited to these meetings. The nearest of such events is planned on May 13th. This serious approach to the academic process is called practically-oriented – it helps students choose their profession from their school days and build a career. 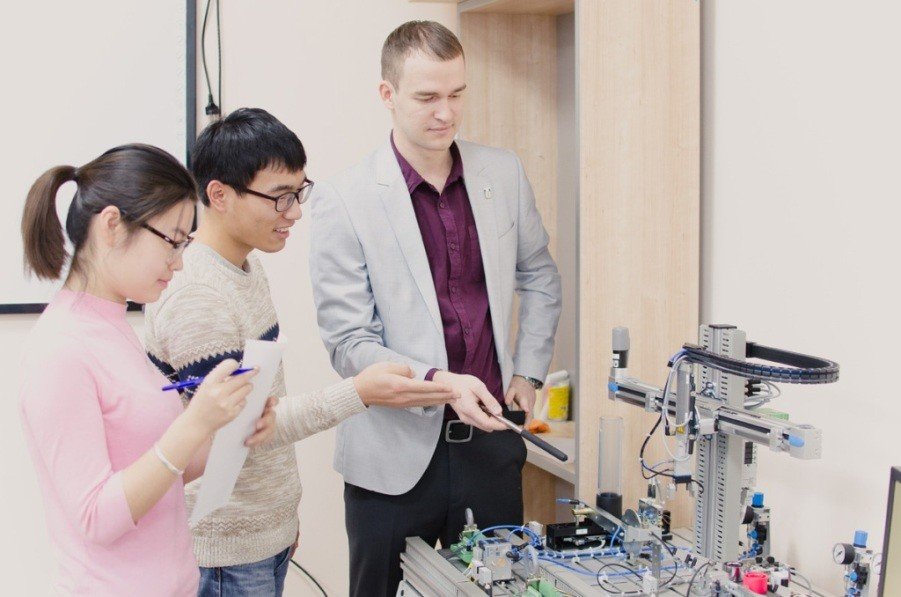 From kindergarten to engineers

The Polytechnic Institute is a breeding ground for intellectual elite. It is a blessing that we have something to build from – the “input material” is favorable. South Ural region youth are able to create neural networks, synthesize proteins, build satellites – in a word, they are able to create everything that our country desperately needs.

“Just a few days ago, the youth intellectual forum “A Step into the Future” wrapped up in Chelyabinsk. Students present their innovative developments and know-how at this event each year,” shares Sergey Vaulin, “The Polytechnic Institute participated in the opening ceremony. I can say that our region’s potential is inspiring. The youngest participant of the Olympiad was barely eight years old. I approached her and asked her what she created. The second grader answered that she created a technique so that cut apples would not become darker. We are now building relationships with school students, but in the future, in my mind, we need to infect these guys with a love for technical science beginning in kindergarten, hold game-style lessons with them, and search for talented future scientists. This is the direct path to our elite training groups.”

As already stated, one of the key advantages of the new polytechnical department is the center of elite engineering training. This is a so-called “honors school”, within which more difficult training has been organized in all engineering specialties. Special attention is paid to mathematics and intense study of foreign languages in the elite training zone. Students of the center work with leading representatives of the Polytech’s teaching staff, and also have an advantage in executing their ideas within the university’s small, innovative businesses.

“Today’s young students don’t have to travel to Moscow or Saint Petersburg to get their degree and set up their lives successfully,” says Sergey Dmitrievich, summarizing, “Today, the capital’s companies, and even some from abroad, come to use with requests for valued specialists. It is possible to gain the strongest instrument: knowledge – on an international level, no less – here in Chelyabinsk. A quality education is the most valuable capital a person can obtain in life.”