SUSU at the height: more than 300 students will take part in the flash mob dedicated to the Day of Astronautics 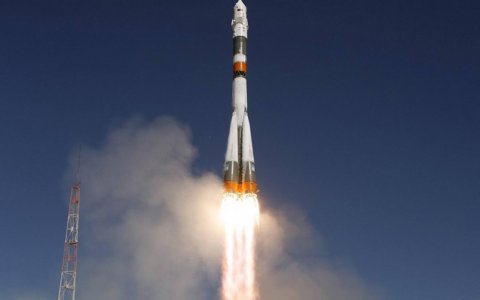 Cosmonautics Day is a special holiday for a student studying at the Aerospace Faculty, especially this year. April 12, 2017 the famous AS-faculty of SUSU celebrates its 60th anniversary. That is why the activists of the faculty of SUSU decided to organize a large-scale event dedicated to two significant dates.

April 12 at 12:00 on the site in front of the main building of SUSU students of the Aerospace Faculty will arrange a spectacular flash mob.

About three hundred students studying at different faculties of the university will line up in figures: a rocket, in honor of the flight of Yuri Gagarin in 1961, and a figure of 60, congratulating the native faculty on this anniversary.

One of the organizers of the holiday, Nikolai Verkhov, a student of the AS Faculty, described how the idea of ​​flashmob arose: "More and more people forget about the Day of Astronautics, that on this day, 56 years ago, Yuri Gagarin was the first person to fly into outer space, which for a long time remained unattainable. Therefore it is very important for us, as for the organizers, to show the significance of this event, which we decided to reflect in the flashmob".

Anyone can become a spectator of the event and, together with students, recall the feat of a great compatriot who inspired humanity and gave rise to a new era in the exploration of outer space.