SUSU Introduces Students to Robots and Emulators at RoboFest-2017 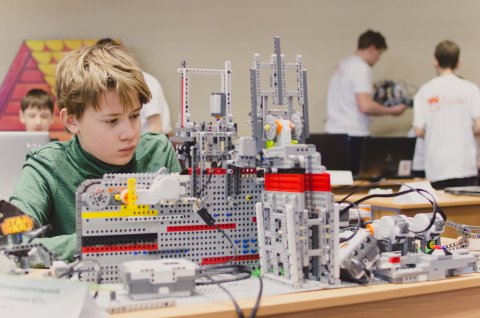 A booth for South Ural State University was presented at the regional stage of one of the largest festivals in the world – RoboFest-2017. On these two days, the Palace of Pioneers and Students turned into an academic and entertaining space for robotics competition.

Aleksandr Kuznetsov, Chelyabinsk Region Minister of Education and Science, gave a speech before the participants. In his speech, he stressed the importance of developing engineering and robotics for our region and country, wished them success, and opened the competition. 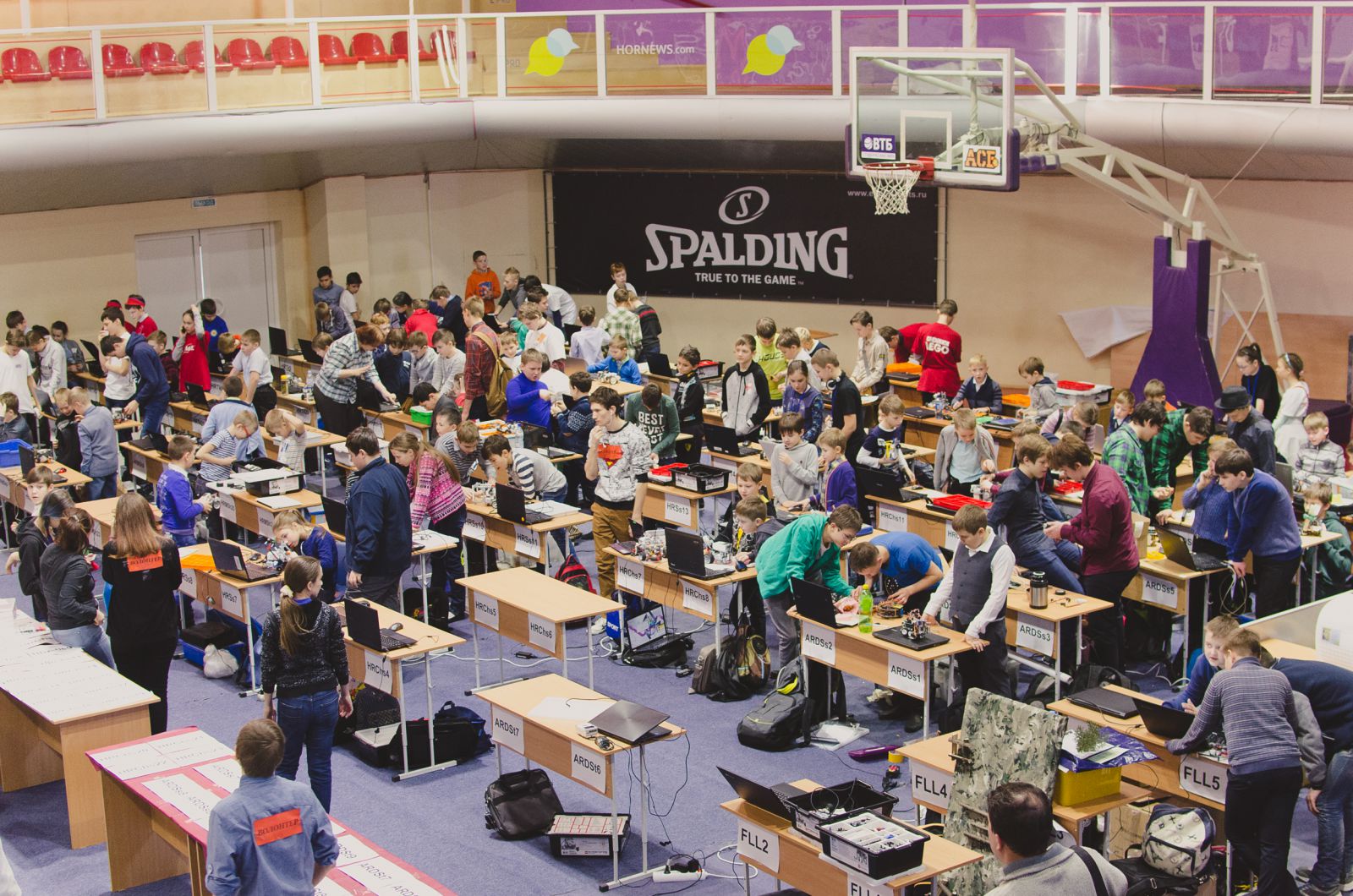 This time around, Chelyabinsk hosted 130 teams from the Chelyabinsk and Sverdlov Regions and the Perm Krai. The participants’ ages ranged from 5 to 17; notably, there were much more primary school representatives than senior students.

“I already know a lot of the participants on sight. This shows that children are not losing interest in this area and are continuing to develop in it,” commented festival judge Andrey Rogov.

The robots travel a set course, overcome barriers, trace, and sort and move objects. The tasks become more difficult with each year. Where last year the “sketch robot” task was presented to the older participants, the same competition was held this year among the smallest. This shows that with each year, the participants’ knowledge grows greater and greater. 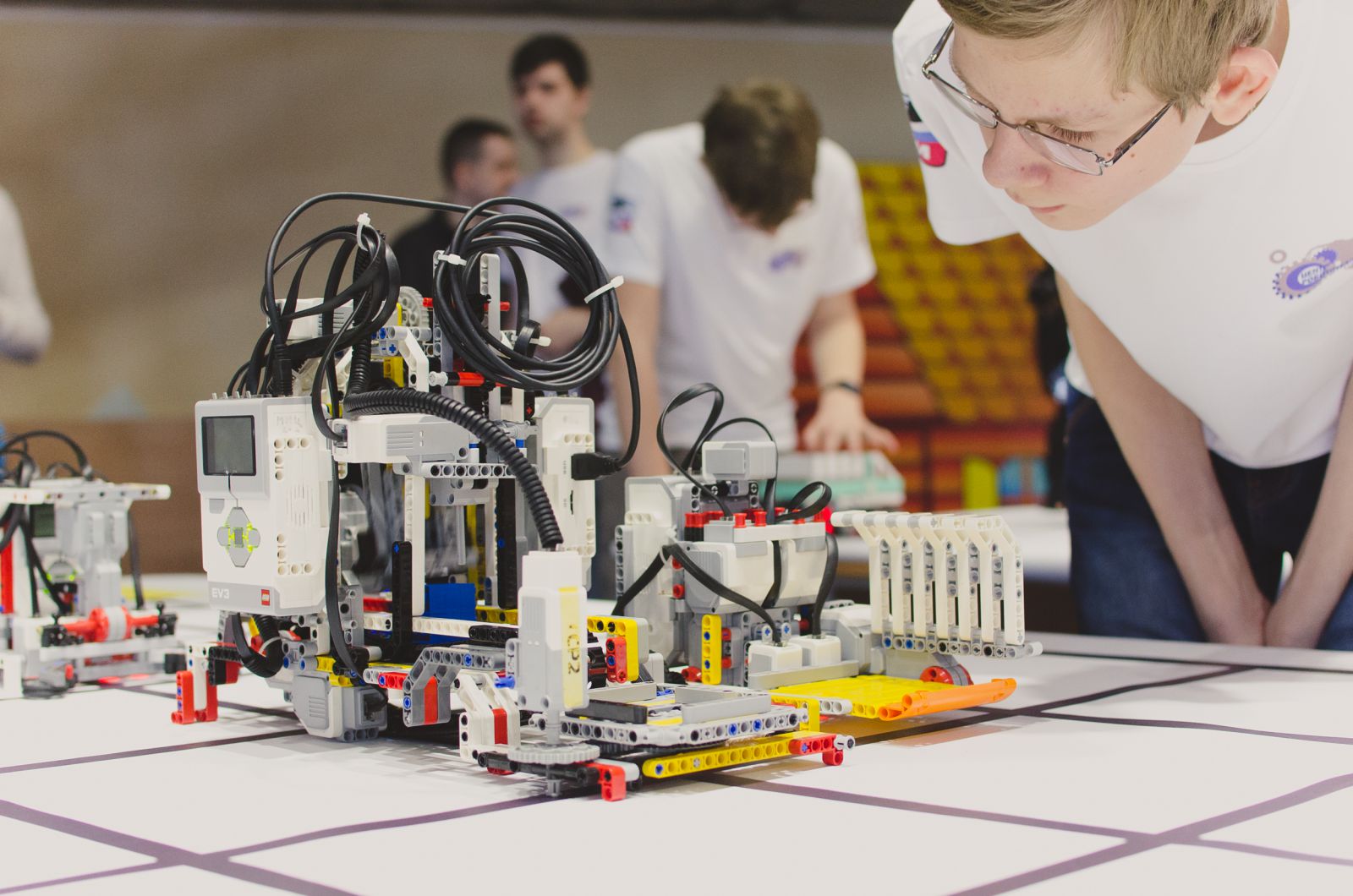 SUSU prepared an exciting booth for the competition. The children were shown air ship and hang-glider emulators where they were able to try out being a pilot; a CNC machine that drew pictures, on its own, right before the students’ eyes; and a robot teacher.

“The main idea for our booth was to show the children why they are working in this area. Why they’ve been building LEGO robots since they were 5 years old, and where they can develop these skills. We want to demonstrate that RoboFest participants’ hobby can become their future career.”, said SUSU’s vice dean of pre-university education, Ivan Sukhikh.

Thousands of students were able to personally get to know the projects that real researchers and engineers work on - not as a hobby, but at the professional level; the robots and emulators that will help in manufacturing, science, and education.

South Ural State University suggests that those who are interested in robotics and professional development in this sphere get to know the educational areas in the Higher School of Electronics and Computer Science and the Polytechnic University.