Student of the Faculty of Mathematics, Mechanics, and Computer Science Became the Absolute Winner of the Russian Mathematical Olympiad 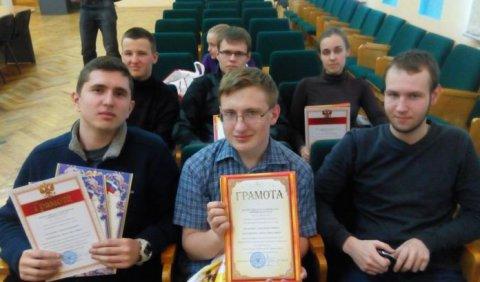 The third and final stage of the Russian Student Mathematical Olympiad among students of technical and mathematical majors in technical universities was held in Ufa, on the campus of the Ufa State University of Aviation Technology.

For the third year in a row, the absolute champion of the olympiad in Ufa was a representative of SUSU! This time – Aleksey Basmanov (MMCS-122). Artem Abdrashitov (MMCS-212) became third in the overall standings. SUSU teams: Aleksey Basmanov and Artem Abdrashitov, and also Marina Vasilenko (MMCS-212) and Mikhail Evgenyev (MMCS-122) earned first and third place in team standings, respectively. The winner and medalists of the olympiad receive a prize from the Russian Ministry of Education and Science, set aside as part of the national project “State Support for Talented Youth.” 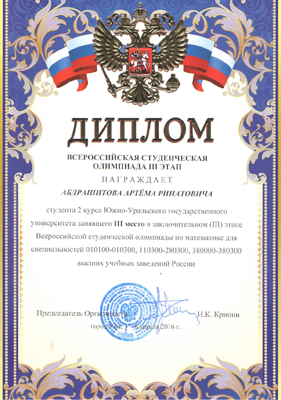 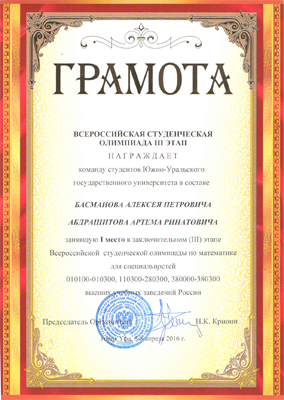