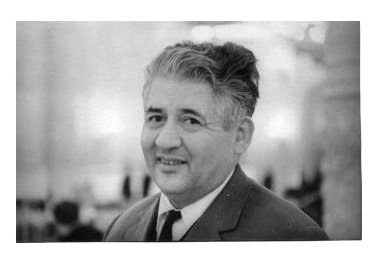 Special events will be held on April 22nd at SUSU within the anniversary program “One Culture. One Past. One Future: Dedicated to the 105 Year Anniversary of the Birth of Soviet Poet, Mirzo Tursun-zade”.

The main cause for the anniversary event is that it has been 105 years since the birth of Tajik Soviet poet, Mirzo Tursun-zade.

Organizers of the round table include South Ural State University, the Fund for Socio-Economic Development “Eurasian Community”, and the S. Osimi Tajik Technical University.

A conference dedicated to the issues of the role of Russian language in the humanitarian integration of peoples and cultures will be organized on our university’s campus. The event’s goals include:

The event includes a scientific conference with extensive participation of scientific and business representatives, and viewing of a film from 1957, “I Met a Girl” (director Rafail Perelshtein), enabling maximum discovery of the best cultural and literary artistic legacy of the Tajik poet.

As a result of the conference a resolution will be approved, which will then be sent to government agencies of Russia and Tajikstan, university structures, and also spread by mass media.