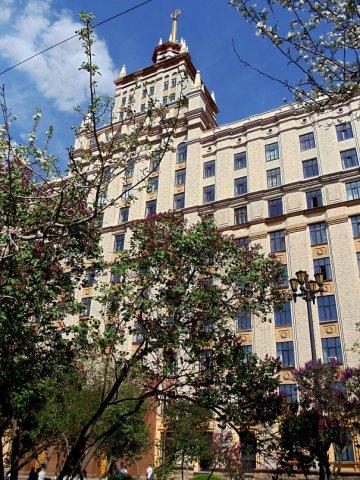 British Consulate General in Yekaterinburg together with the Department of International Cooperation of SUSU have summarized the results of the contest “One Day in the Role of Diplomats for SUSU Students”.

The contestants were to present an essay on the topic of “William Shakespeare and his works” and/or a graphic work on the topic of “Symbols of Great Britain”, express their attitude towards the great writer and emphasize the most successful writings in their opinion. The participants of the contest approved themselves as creative, talented and extraordinary authors. Their works appeared to be pretty diversified and interesting.

Concerning the graphic works, there were mostly paintings among them. Many symbols were presented: Big Ban, Tower Bridge, famous telephone booths, the Queen of Great Britain, heroes of the works by Sir Arthur Conan Doyle Sherlock Holmes and Dr. Watson, legendary group “The Beatles” and red sightseeing double-deckers.  Contest works took everybody’s breath away and generated lots of buzz. The participants became the students of different faculties: Economics and Management, the Institute of Sport, Tourism and Service, Architecture, History, Computer Technologies, Control and Radio Electronics, Mechanics and Technology, the Institute of Economics, Trade and Technologies, as well as the PhD students. The most active were again the students of the International Faculty; the Faculty of Law also did a good job.  The results of the contest prove the fact that it is not necessary to get the degree of journalist and designer to participate in the contest, the most important is to have an application to work and creative capabilities.

The summary of results was held on April the 8th. 30 works in total were submitted for the contest, among which – 16 essays and 17 drawings and paintings. The works of the following students were acknowledged as the best ones:

Due to a high interest to the contest the organizers decided to conduct additional stages of the contest:

1. Exhibition of creative works (for all participants of the contest);

2. Online voting for the best essay (among those works that did not get to the final) in the official group of the social networking VKontakte”.

The authors of the works who win the greatest number of votes will be awarded consolation prizes.

The round trip to Ekaterinburg will be organized for the winners. After the Consulate General the delegation from the University will attend the Ekaterinburg International Festival-Contest of the English song “English for arts”, where the student of SUSU Veronika Ozertsova will take part.

The Department of International Cooperation call for the participation in the contests and events of non-academic life of the University, congratulate the winners and wish them further success.

For more detailed information you may refer to the office 913 of the main academic building of SUSU, tel.: 267-97-99.