The path to a world-class university: the rector discussed the future of SUSU with students’ parents. 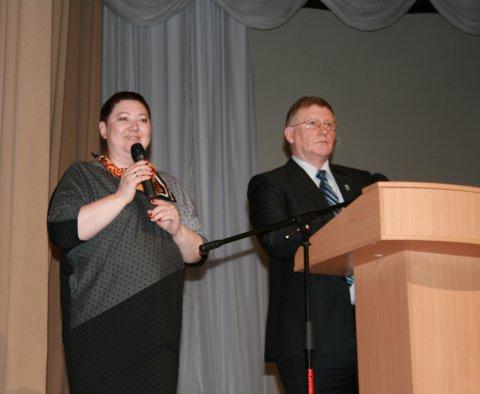 “Rector’s Hour” was held on April 2nd, during which Aleksandr Shestakov and parents of first and second course students examined the university’s development within the “5-100” program, aimed at increasing competitiveness.

During the meeting, SUSU’s rector told parents about the university’s goals for the next 4 years, and also about how exactly students will be involved in the program. According to Aleksandr Leonidovich, the university’s strategic development initiatives will positively affect education.

Special attention was paid to the topic of developing groups for ‘elite preparation’. Students of these areas will be able to receive skills at the highest international standards without leaving Chelyabinsk.

Already in the coming years, an English-speaking environment will be founded and top international researchers will be invited for lectures. Additionally, the rector discussed new opportunities for studying English that are being presented to students. The topic of opening innovative laboratories in the university was not neglected, nor was the university’s cooperation with international corporations (Emerson, PricewaterhouseCoopers, Endress+Hauser, and more). For students, this is a real chance to build a successful career by gaining practical skills in leading international companies.

Aleksandr Leonidovich stated that today, thanks to active participation of the state, the university is beginning a series of major research projects. Today at SUSU, there are five resolutions from the Russian Federation’s government being realized. Thanks to ties with the businesses in Chelyabinsk and in the region, the university is a center for preparation of industry specialists in the South Ural region.

“The university continues to play a key role in the development of the region thanks to the attraction of investments to the region and the opening of high-tech factories”, the rector reminded parents, many of whom are graduates of SUSU themselves.

Dean of the faculty of Pre-unviersity preparation, Yulia Bolotina, added her own words to those of the rector, discussing scholarships and grants for students of our university, and the specifics of being granted a military major in the faculty of military education. In the final moments of the meeting, the rector answered questions related to the key features of education within the “5-100” program.