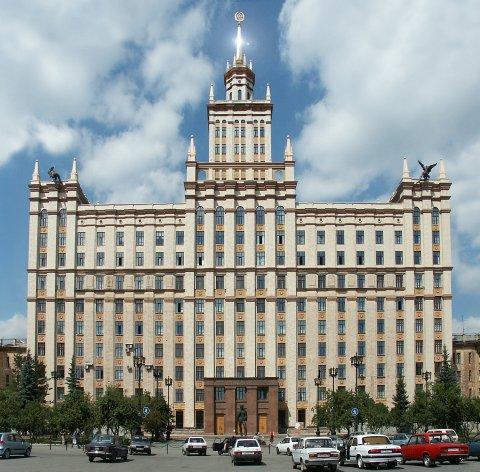 The fact that students from SUSU have shown a high interest in spending one day in the British Consulate General in Yekaterinburg (read more details in the news), the organizers decided to extend the deadline for submission of applications for essays and graphic works till April 4, 2016, inclusive.

British Consulate General in Yekaterinburg together with the Department of International Cooperation announced an essay contest “William Shakespeare and his works” and graphic works contest “Symbols of Great Britain.”

The topic of the essay is dedicated to the year of language and literature of Great Britain and Russia. Participants of the contest shall describe in English the attitude towards the English poet's personality who is one of the best playwrights of the world, as well as mention those of his works, which, in their opinion, made the greatest contribution to world literature. In the graphics contest the participants are encouraged to prepare the artwork of the famous symbols of the British Empire, using any graphic options (ink, pencil, WEB and others). The literacy and accuracy, as well as creative approach to the tasks implementation will be evaluated.

Organizers promise to provide the authors of the best works with the opportunity to try themselves in the role of young diplomats and spend the whole day in the walls of one of the most ‘closed’ consulates of our country, see with their own eyes the inside work of the consulate departments, get acquainted with the specifics of the diplomatic service. In the capital of the Ural region British Consul General will conduct tour of the consulate for lucky students.

The winners will be transferred to Yekaterinburg and back. After visiting the consulate the delegation from the University will visit Ekaterinburg International Festival – “English for arts” English songs contest.

1 or 2 creative works are proposed to be implemented for the participation in the contest.

Requirements for the works:

- the essay should be written in English and it should not exceed 500 words;

- graphic presentation of the British Empire can be accomplished by any graphic options.

Works must be submitted till April 4, 2016, inclusive and sent by e-mail baluevaea[at]susu[dot]ru  or be brought in the office 913 of the main academic building of SUSU.