SUSU Researchers Find a Way to Fight the “Quiet Killer” 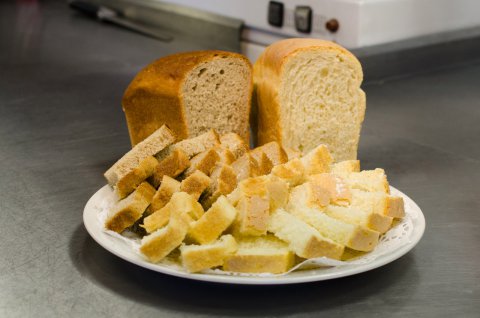 A team of biotechnical researchers from South Ural State University under the leadership of a professor from India announced an innovative development – anti-stress bread and yogurt. The public needs these and other products as an element of the complex correction of illnesses tied to chronic stress and a bad environment. The research results will be published in a month.

Today a large number of Russians live under stress, and a third of the whole population lives under great stress. Stress can lead to a number of serious illnesses like diabetes, multiple sclerosis, asthma, ulcers, and even malignant growths; for this reason stress is called the quiet killer. Nonetheless, chronic stress and post traumatic stress disorder react well to treatment within complex stress correction therapy.

This approach is planned for development at the SUSU School of Medical Biology, where the non-pharmaceutical correction of illnesses and a number of anti-stress diets will be the most important.

“Julio Licinio is one of the world’s leading specialists studying the mechanisms of chronic stress. It is enough to say that his Hirsch index according to the Web of Science is 55, and according to Scopus – 66,” notes Vadim Tseylikman, co-director of the laboratory of prospective research of the molecular mechanisms of stress at SUSU, “His research was already considered classical research in the 90s. His work was related to the study of mechanisms of psychiatric illnesses associated with chronic stress.”

Professor from India Shirish Sonawane specializes in research on the application of ultrasound effects as a method for cleaning water and the addition of biologically-active agents to adaptogenic products.

As a result of the joint research between the team of SUSU researchers lead by professor Irina Potoroko and the Indian colleague, a pilot project for the creation of dairy products rich in biologically-active agents and bread with plant additives from seaweed. These can be a breakthrough for modern dietology and the prevention and correction of stress.

“We use seaweed exopolysaccharide additives, in particular, fucoidan, in bread-making technologies with other factors. Therefore, our developments, which we call anti-stress bread and anti-stress yogurt, were presented at three exhibitions at the regional and federal level and received gold and silver medals,” says Irina Potoroko, head of the SUSU department of Food Science and Biotechnologies.

Fucoidan is an adaptogen which has antioxidant, immunotropic, anti-diabetic, anti-bacterial, and anti-viral properties.

Plants local to the Ural region are also adaptogens that are no less effective – carrots, beets, and berries. Medicine has used vegetable-based adaptogens such as ginseng, eleuterococus, and aralia for a long time. However, in creating food products, adaptogens are almost never used and are not available to the consumer.

At this time the goal of the SUSU researchers is to analyze the large amounts of data tied to the extraction of biologically-active agents from plants and prove their meaningfulness for increasing the body’s resistance to stress.

The experiment’s results were of interest to the international scientific community – research by SUSU professor Irina Potoroko was included in Web of Science’s TOP-10 journals. The next step is to prove that the effects seen from the use of these innovative approaches will give a positive result and will therefore be extremely useful in the formation of new product lines, which in the near future could be included as part of complex stress-correction therapy.