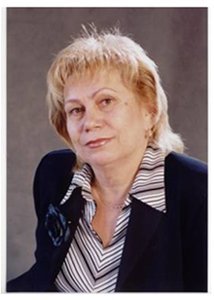 On December 11-12 the International Conference “Decent Work is the Basis for Economic Growth” was held.

The initiative of holding such a great international forum belongs to Putin V.V. in June, 2011.

It was the high-level conference: 16 international organizations, 12 Ministers of Labour from different countries, about 250 foreign guests from 80 countries. The whole number of participants was more than 900 people.

Among the participants of the International Conference there were some representatives of the labor law departments of such leading higher educational institutions as Moscow State Law Academy, Moscow State University, Ural State Law Academy, Labour and Social Relations Academy, Yaroslavl State University named after Demidov and Higher School of Economics. And among the guests there was Shafikova G. Kh., Head of Labour and Social Law Department of Faculty of Law.

The speech of Guy Ryder, Director-General of ILO, was interesting and informative. It should be noted that he was satisfied with the creation of the Ministry of Labour and Social Protection of the Russian Federation, he underlined that this fact confirms the efforts of Russia in the improvement of social and labour relations.

In the course of the panel discussions (section work) the moderators of which were the heads of ILO committees the participants dwelled upon the following urgent issues: increase of labor standards role and their influence on economic growth, creation of adaptive labour markets and protection of employees’ rights, assistance to the employment of young people; stimulation of employment by means of business expansion and development of small and medium-sized enterprises, etc.

The question of national migration policy was one of the most discussed problems. M. Topilin, Minister of Labour of the Russian Federation, noticed that migrants are often hired at the workplaces which are not limited by quota and intended for the Russian citizens.  A. Shokhin, Head of RUIE, claimed for the preferential advantages for the business where highly skilled foreign workers are employed, and M. Shmakov, Chairman of Federation of Independent Trade Unions of Russia, pointed at the fact  that foreigners take highly skilled workplaces while national specialists  lose the chance for professional growth.

The other significant problems of the development of labor and social legislation were also set for the discussion. We should point out that the organizers of the Conference prepared for the participants a large package of manuals, ILO working process materials, literature of different countries and regions of Russia to exchange experience. These materials can be used both in practice and educational process.
Event date:
Thursday, 10 January, 2013 - 16:30