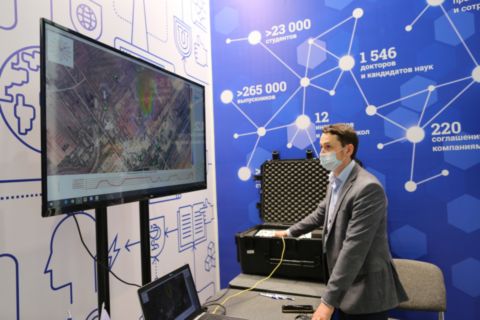 The working meeting between representatives of SUSU, ANO “Regional Infrastructure of Education and Science” and a participant of the Ural REC AO PG Metran was held on October 26th. The key topics of the meeting that were discussed were the project on creating the Ecomonitor Complex for Environmental Monitoring and Forecasting, as well as the outlining of the framework of further collaboration.

On the part of the industrial partner AO PG Metran, Dmitriy Iosifov, Director of the Engineering Centre, Vitaliy Botyakov, Chief Engineer and Natalia Kiseleva, Head of the Research and Development Support Service attended the meeting.

As members of the World-class Ural Interregional Research and Education Centre for Advanced Industrial Technologies and Materials, created within the framework of the Science and Universities National Project, Metran jointly with SUSU are working on the creation of the Ecomonitor Complex for Environmental Monitoring and Forecasting. The partners of the project are the Ministry of Ecology of the Chelyabinsk Region and the Centre for Environmental Monitoring of the Chelyabinsk Region. The team of the project is cross-disciplinary and consists of ecologists, mathematicians, chemists, programmers, and economists.

The purpose of the project is to visualize the environmental situation in a real-time mode in relation to the geographic map of the area in order to manage environmental risks of enterprises. 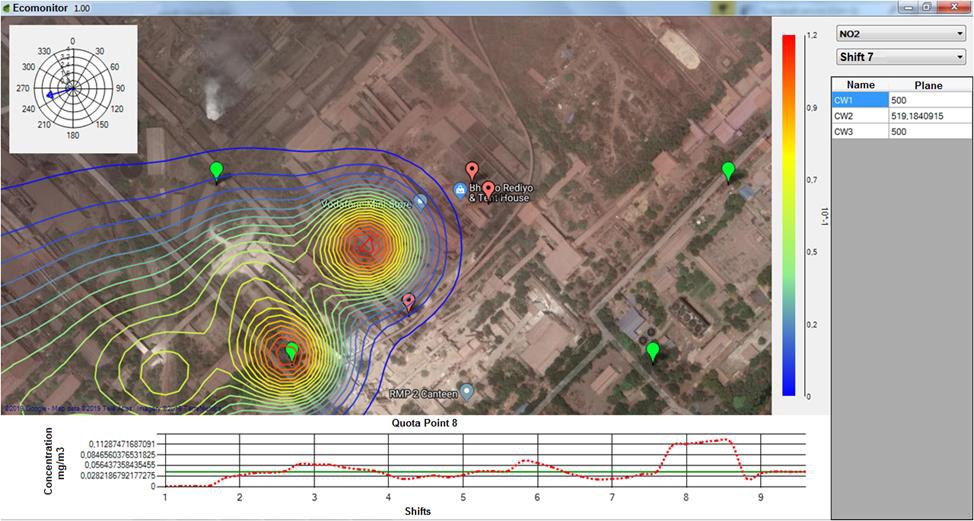 The target audience of the product are Russian manufacturing enterprises, the task of which is to minimize the concentration of pollutants on the territory of enterprises and the city, while not reducing the economic effect of production.

“Among the urgent tasks of the project is the acquisition and processing of data obtained from real sources with the use of a mobile environmental laboratory,” said the head of the project Alena Zamyshlyaeva, Director of the SUSU Institute of Natural Sciences and Mathematics.

The purchase of the mobile environmental laboratory as well as the project implementation are part of the Priority 2030 program, supported by the Government of the Chelyabinsk Region (100 million roubles were allocated in 2021).

In the course of the key topics discussion, Olga Novichkova, Director of ANO “Regional Infrastructure of Education and Science, spoke about regional support measures of the scientific and technological projects of the Ural Interregional Research and Education Centre. The matters of implementing joint projects of SUSU and METRAN in the field of import substitution were also considered.

South Ural State University  is a university of digital transformations, where innovative research is conducted in most of the priority fields of science and technology development. In accordance with the strategy of scientific and technological development of the Russian Federation, the university is focused on the development of big scientific interdisciplinary projects in the field of digital industry, materials science, and ecology. In 2021 SUSU became the winner in the competition under the Priority 2030 program. The university acts as a regional project office of the World-class Ural Interregional Research and Education Centre (UIREC).