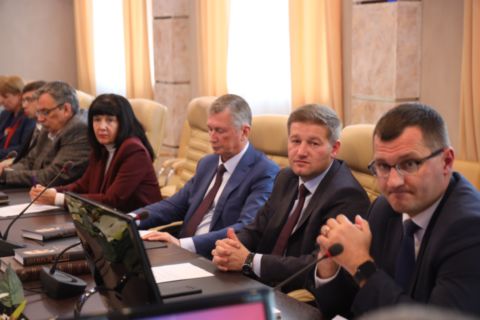 Yesterday, representatives of South Ural State University, as part of the delegation of the Chelyabinsk Region, visited Ural Federal University. The aim of the visit was to strengthen the collaboration between them and maximize the use of the resources of the Ural Research and Education Centre.

The Chelyabinsk Region is interested in comprehensive development of projects in the field of import substitution. The work within the World-class Ural Interregional Research and Education Centre for Advanced Industrial Technologies and Materials should become the key driver of this process. Deputy Minister of Education and Science of the Chelyabinsk Region Vitaliy Litke spoke about it during the meeting in Yekaterinburg.

“We are interested in the development of the centre and our main technological projects that are part of it. We are doing big-scale work in this area, and South Ural State University is the main driver here,” said Vitaliy Litke. “We want to solve issues connected with import substitution, through the Ural REC. When selecting new projects, we pay maximum attention to the expertise of the project office of the centre. Also, in general, we would be happy to adopt the experience of the Sverdlovsk Region, of the local authorities in supporting technological projects.” 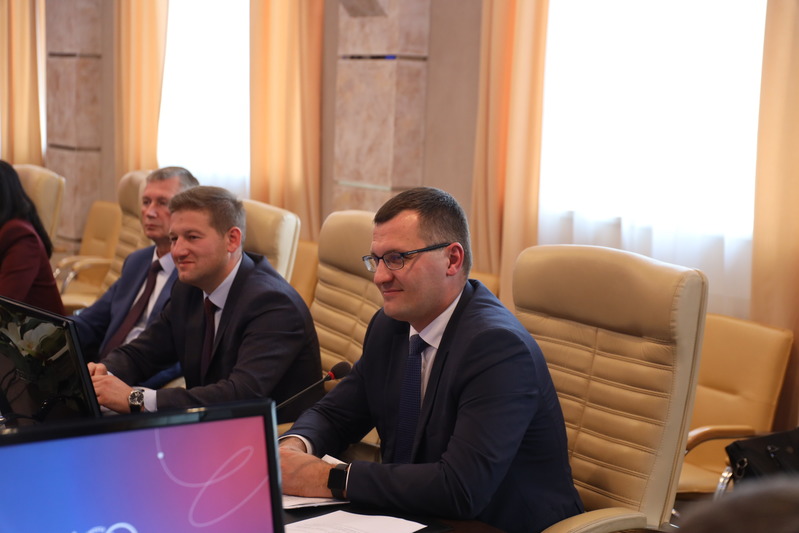 “The Ural REC is of great importance to us in developing our technological projects. One of them is an Arctic bus for the development of northern latitudes. Many structures are interested in it today, including the Ministry of Defence. The interest in the project is growing every day. In addition, we continue to develop another landmark project on creating a reusable launch vehicle,” noted Alexander Wagner. “The experience of the Sverdlovsk Region is of great use for the Chelyabinsk Region. We are ready to join in and refine those support mechanisms that have shown their effectiveness. In this case, universities act as integrators and expert centres which give a clear idea of what new competencies, technologies, products and services are required for our country today.”

At the meeting, Director for Development of the World-class Ural Interregional Research and Education Centre (UIREC) Igor Manzhurov emphasized the fact that the key task of the centre is to introduce advanced technologies at the leading enterprises of the Kurgan, Sverdlovsk and Chelyabinsk regions. Now the centre accounts for 51 projects, many of which are directly related to import substitution.

“We truly appreciate our partnership with colleagues from the Chelyabinsk Region, said Igor Manzhurov. In our region, we managed to create top world-class projects. The experience of the Sverdlovsk Region has shown that when regional authorities are involved in the process, projects receive a new impetus for development. This year, the Government of the Sverdlovsk Region allocated 100 million roubles for these purposes. It is important for us to develop UIREC, this development is acquired through promising projects that we nurture. We need teams of scientists, which enterprises would turn to. The educational component is also important for the formation of project teams as well.”