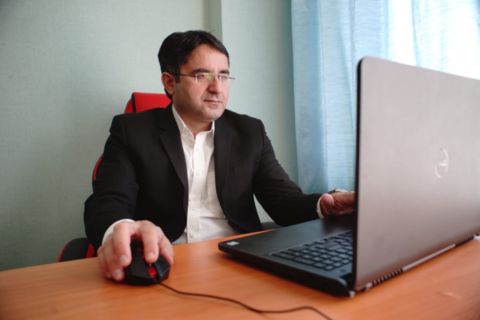 Scientists from Russia, China, Saudi Arabia, the United Arab Emirates, and Egypt have proposed the most efficient mathematical model of the biodiesel production process. The scientists used machine learning to model the biodiesel production process from soybean oil and methanol. The study was published in the highly rated scientific journal Environmental Technology & Innovation (Q1).

Afrasyab Khan, Senior Researcher at the Laboratory of Experimental Mechanics, participated in the study as part of an international team of scientists. Biodiesel is a renewable diesel fuel produced from natural raw materials. Since the cost of biodiesel production is a major commercial issue, scientists have used machine learning to model and optimize the biodiesel production process.

“The uniqueness of our study lies in a new hybrid computational method for optimizing the simulation of a chemical reaction in the synthesis of biofuels. We determined the percentage to mix soybean oil with methanol and how much catalyst to add for a chemical reaction to be most efficient. The result was a mathematical model that helped determine the best temperature and feedstock composition to produce the maximum amount of biofuel and minimize waste. Thus, we offer a more environmentally friendly type of fuel and increase the efficiency of the production process,” says Afrasyab Khan.

Biofuels have recently become more popular due to their environmental benefits and the reduction of fossil fuel resources that can have adverse environmental impacts. Various renewable resources, including vegetable oils and animal fats, can be used as base materials for the production of biofuels through catalytic processes. The methodology developed in the study could increase the production capacity of biofuels, thus using less energy and pollution.

The scientists plan to improve the multiscale model and test it on other types of biological raw materials and catalysts. The research will publish in high-ranking scientific journals.

South Ural State University is a university of transformation, where innovative research is carried out in most priority areas of science and technology development. Following the strategy of scientific and technological development of the Russian Federation, the university focuses on the development of major scientific interdisciplinary projects in the field of the digital industry, materials science, and ecology. In 2021, SUSU won the competition under the Priority 2030 program. The university performs the functions of the regional project office of the Ural Interregional Research and Education Center.