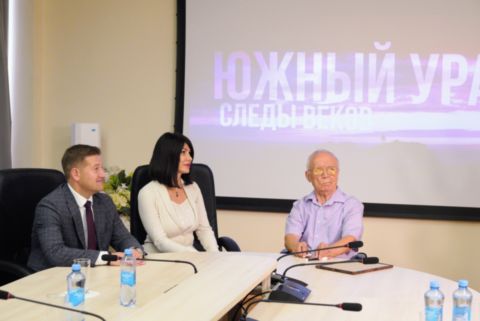 A private screening of the South Urals. Traces of Ages documentary film, organized specially for the first lady of the Chelyabinsk Region was held at South Ural State University. Together with public figure Irina Texler, the SUSU Acting Rector Alexander Wagner, the author of the idea and general producer of the film German Vyatkin, as well as representatives of the film crew watched the film.

Alexander Wagner gave the word to German Vyatkin, who said that the idea of creating the film came to him accidently when he heard the announcement of the Golden Ring of Russia film festival on the radio. He decided that the eight-volume History of the South Ural could become the basis for a future film. The head of the project shared this idea with the Head of the SUSU Press Office, journalist Tatiana Stroganova, and offered her to write a script. During nine months, the film had been created exclusively by employees and students of South Ural State University.

Before watching the film, the author of the script gave a welcome speech. According to Tatiana Stroganova, it was a difficult, meticulous, but extremely interesting work.

“German Vyatkin inspired and supported us at all stages of creating the film. It is presented by the SUSU-TV Television and Radio Company, its founder and director Sergey Gordienko became an executive producer. According to the apt expression by the SUSU Rector Alexander Wagner, the unhurried manner of narration in the film is very consonant with the nature and spirit of the South Ural residents.

In this project, we tried to cover the great immensity of things: the history of the South Ural from the Stone Age to the present day; the achievements and discoveries of SUSU scientists; sightseeing attractions; our beautiful nature, which emphasizes the tourist attractiveness of the region. The film was created with love for our native land, and we hope that the audience will feel it.”

At the end of the thirty-minute screening, Irina Texler shared her impressions:

“I've really liked the film! I have been waiting for it for a long time. I saw a trailer and, of course, I was really excited about it. We can observe not only the beauty of nature, but also the history of our land. The script is based on an eight-volume book, a huge work by SUSU scientists, which was published under the leadership of German Vyatkin at his own expense.

During this half an hour we've learned about the main events that took place in the region. Stone Age, Bronze Age, industry... I cannot imagine how the authors chose the most important milestones from such a volume of information, but they managed to do so. This awakes such tenderness for the region, such love, interest in history!.. With my own eyes I want to see what I have been shown, and learn much more about it.

It is also important that it were the students who were entrusted with the implementation of the project. I am sure that we will be able to involve the youth of all Russia into watching it. At the beginning of the academic year, it will be possible to show the film to school students. I think that children from other regions will also be interested in learning about the South Urals. The film is made with great love for history. Careful attitude to nature... – I really felt it.” 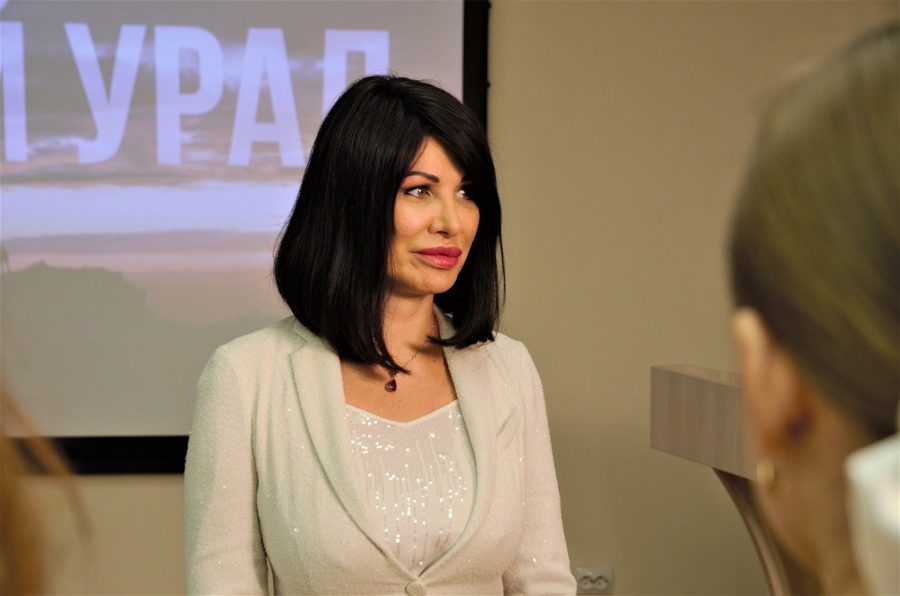 “Indeed, enormous job has been done. The essence of the film is concentrated in a format convenient for the audience: in these 30 minutes. I urge all residents of the Chelyabinsk Region, residents of Russia to watch it in order to become familiar with our history, nature, and South Ural State University. The film activates interest in the region, its history and territories. Now I am eager to study the development of the South Urals in different eras. I also want to look through the eight-volume book, visit the sights and unique natural objects.”

Sergey Gordienko said that the filmmakers were given complete freedom of creativity.

“The director and director of photography are SUSU students. Matvey Sholokhov and Daniil Rukavitsyn are young and talented and, of course, they have their own vision. But most importantly, they managed to create an artistic image of the South Urals, which is attractive.”

The Chelyabinsk Region is becoming more and more interesting for tourists. I want to believe that the South Urals. Traces of Ages film, which will premiere in one of the cinemas of Chelyabinsk in September, will also contribute to this process. Irina Texler also suggested discussing the possibility of showing the film in Moscow and at upcoming forums.