Which Professions Do Students from Kazakhstan Come to Chelyabinsk to Learn? 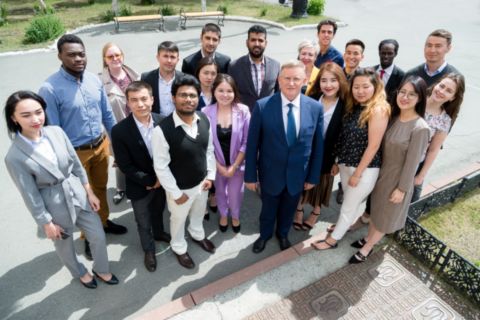 More than 500 students from Kazakhstan are obtaining their education at SUSU in Chelyabinsk. Daria Morozova from Kostanay (a small town in Kazakhstan) wishes to devote her life to engineering of new automobiles.

“That’s exactly why I enrolled in the SUSU Institute of Engineering and Technology. My future profession will be the operation of transport and technological machines and complexes. This may not be typical for a girl, but since I was a child, I’ve been interested in cars and how they work,” shared the student.

She said that if a person has a certain goal, there should be no problem in achieving it. 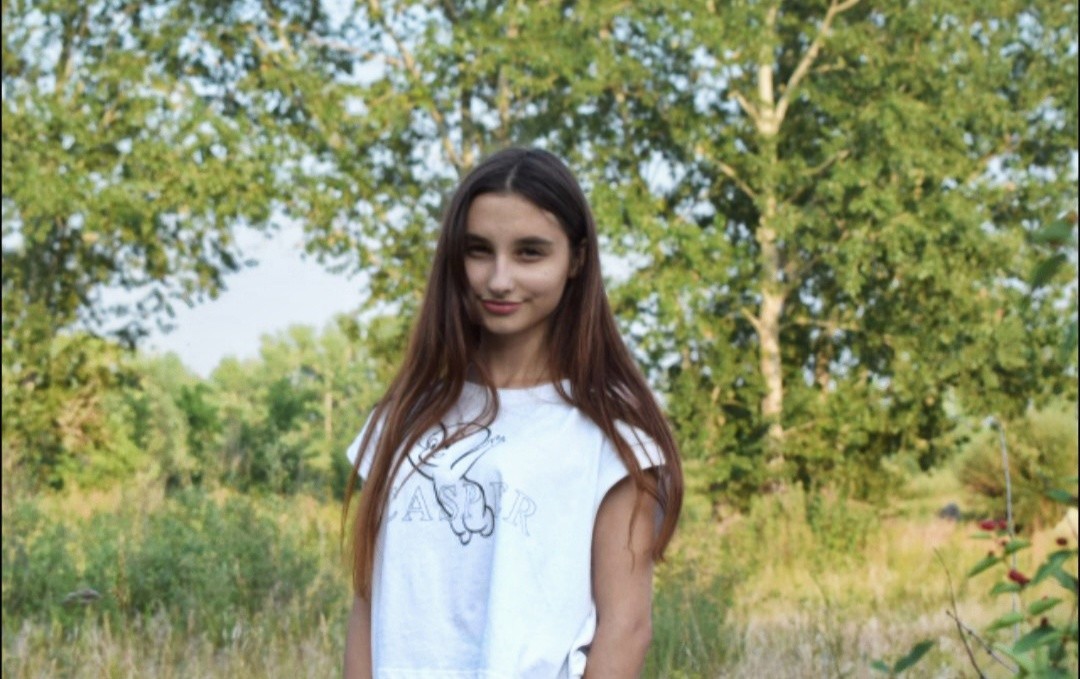 “I realize that I’ve come to Chelyabinsk to learn a profession of my dream, and to do that I’ve been studying hard from the very first year at the university. If I face difficulties, I don’t give up but keep moving forward along the path I’ve chosen,” added the student.

“With these majors they will do well in their homeland. And if they decide to stay in Russia, they will easily find a job here in one of those fields as well,” noted the expert.

SUSU is a multidisciplinary research university where innovative research is conducted in most of the priority fields of science and technology development. In accordance with the strategy of scientific and technological development of the Russian Federation, the university is focused on the development of Industry 4.0 and gaining global leadership in integrating computer sciences and engineering fields. In 2021 SUSU became the winner in the competition under the Priority 2030 program. 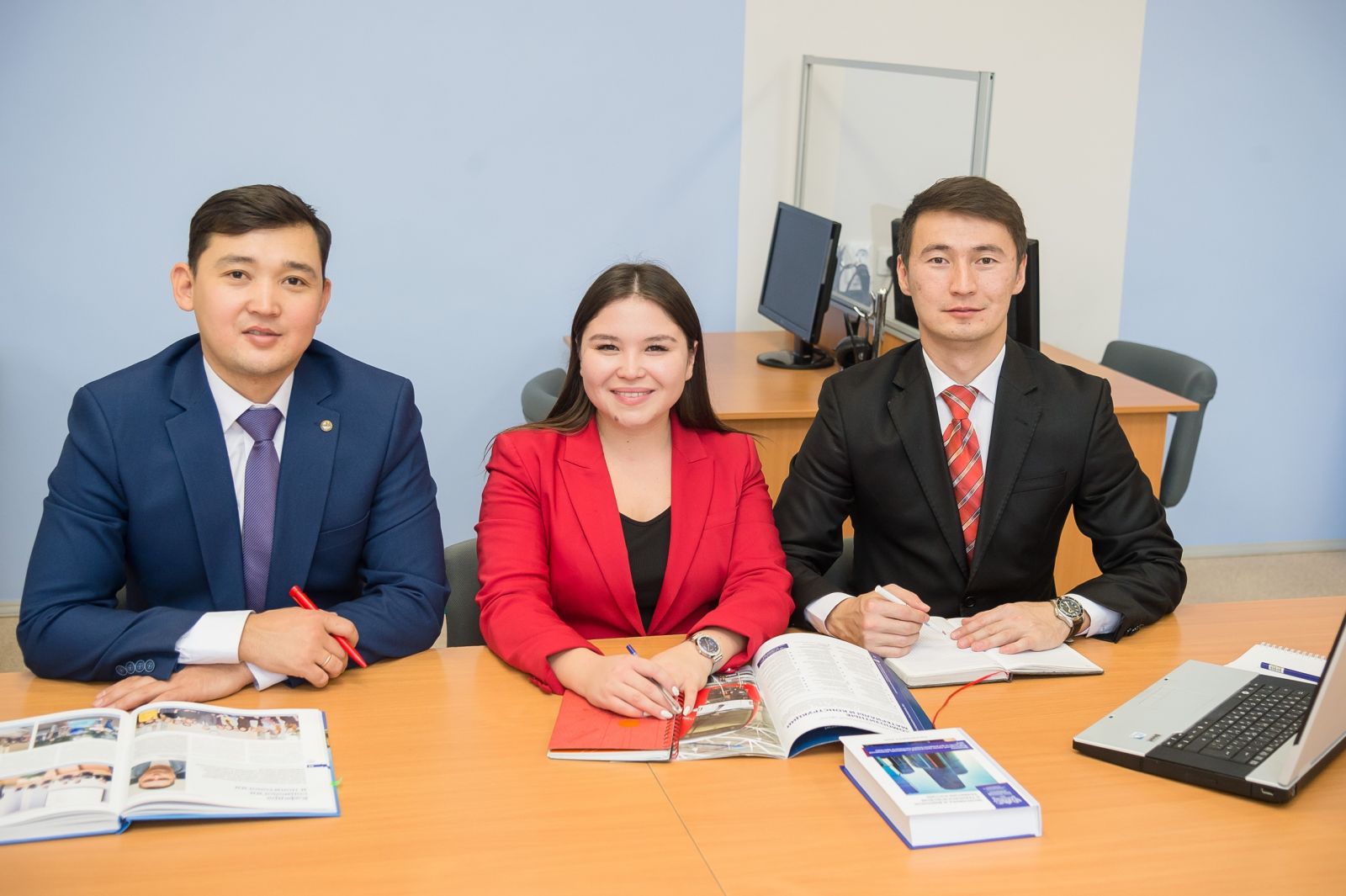 Diana Tazeddinova graduated from a SUSU postgraduate programme and stayed to work at the university.

“Having obtained my Master’s degree at Zhangir Khan University, I received an advice from our university rector to enrol in postgraduate studies in Russia, and namely at SUSU, with a certain professor as my academic advisor. As a result, I’ve lived in Chelyabinsk for 7 years now: having graduated from my doctoral studies, I got a job at the Department of Production Technology and Catering Organization, and later at the International Relations and Development. I concurrently hold two positions: do research in creating special protein-based foods and conduct work on attracting international professors,” she shared.

The alumnus said that holders of Russian diplomas have always been in demand in Kazakhstan where people think high of the Russian standards of higher education.

“Chelyabinsk is perfectly fine with me, but my life is connected not so much with the city itself, but rather with our university, and we may say that it’s a city within a city. I’m not planning on leaving Russia in the nearest future. I’ll keep developing my research field. I’m sure that the issue of sports nutrition will be in demand in my home country as well,” added Diana.

“Our university is listed among the Top 1000 world’s leading universities, and this fact undoubtedly attracts international students from the near abroad. More than 3 thousand state-funded places in Bachelor’s, Master’s degree and postgraduate programmes are allocated for them. But if some of them do not qualify for the state-funded places, there is always a possibility to study in contract-based ones. In addition, tuition discounts are becoming available starting this year, depending on the entrance examination results of the applicants,” shared the university staff member.

Students from the near abroad countries enrol after university tests without the need to take the Unified State Examination. To enrol, they must present their passport and a secondary school certificate (with translation into Russian).

All international students are accommodated in dormitories: 8 dormitories are located in the immediate vicinity of the main university building. The SUSU Campus has a Medical Centre and a Sports Complex.

According to Liudmila Lapina, students are interested in our university because it is geographically close (there are direct flights from Uzbekistan and Tajikistan, and also the Chelyabinsk Region shares borders with Kazakhstan) and because of the great choice of educational programmes that it offers.

In addition, as the expert states, the atmosphere of the city is also important.

“Chelyabinsk is the capital of South Urals. People of more than 120 different nationalities and ethnic groups live here. Everyone is used to living side by side, without aggression or conflicts. We always conduct big adaptation work for international students, and the South Ural Association of International Students also functions. We welcome everyone like they are our own flesh and blood, and they feel at home here. It happens that the whole families from the near abroad enrol like our students: first, one person comes, then his/her brother, then sister… This is a very nice tradition,” she noted.

SUSU has joint academic mobility programs with its partner universities in Kazakhstan, including unique programs which are being fulfilled with Kazakhstan only (for instance, Journalism programme jointly with Eurasian National University).

Academic staff from the Republic of Kazakhstan also do active work at our university. Starting from 2001, SUSU scientists together with those from universities in Kazakhstan have been publishing the results of their joint research in scientific journals indexed in Scopus. As many as 74 papers have already been published.

Among such papers was an article on the “Ancient Viruses of Hepatitis B from the Bronze Age till the Medieval Times” published in the Nature journal in May of 2018. It became a result of a Eurasia-scale extensive research. Scientists from University of Cambridge, University of Copenhagen, and a whole number of research centres from Sweden, Denmark, Russia, Kazakhstan, and other countries took part in this big-scale project.

A significant contribution into this project was made by the SUSU scientist Andrey Epimakhov, who added the results of his archaeological finds at the Kamennyi Ambar burial ground to the joint research studies. Earlier, this same team of authors had fulfilled a breakthrough project on studying the history of plague, the traces of which date back to the 3rd millennium BC.