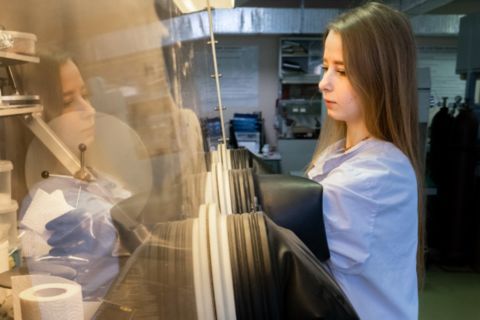 Scientists at South Ural State University are working with an industrial partner to create a new branch of the chemical industry in the Chelyabinsk Region. Within the Ural Research Centre project, it is planned to introduce a new green technology for polyurethane production and build a plant in the Chelyabinsk Region that will provide high-tech jobs for chemists, chemical technologists, and environmentalists.

SUSU began cooperation with the Modern Insulation Technologies plant, which produces thermally insulated pipes for heat pipelines of housing and communal services as well as oil and gas transportation. Polyurethane foam is used for pipe insulation. Polyurethane is the most widespread polymer in the world and is used to manufacture a wide range of products in a variety of industries: clothing, footwear, furniture, and heat insulation.

"Three countries are the largest producers of polyurethane in the world: Germany, USA, and China, but now imports from the USA and Europe have been suspended, and exports from China will not be able to cover all the market needs. Russia is a big market for this material, and the Chelyabinsk Region is the biggest consumer in our country. The Chelyabinsk Region accounts for 50 thousand tons out of 250 thousand tons of polyurethane consumed in Russia. The consumption of polyurethane foam is mainly directed towards construction materials and production of pipes with thermal insulation," says Vyacheslav Avdin, Doctor of Sciences (Chemistry), Professor.

Plants in Europe and China use technology developed in the 1920s. The production process uses phosgene, a chemical warfare gas, so any accident at a plant could cause an environmental disaster. SUSU scientists suggest a technology that does not use phosgene, i.e., isocyanate-free production. This technology has proven its effectiveness in laboratory conditions but it has not yet been used in real world applications. Scientists must transfer production from laboratory conditions to plants. In addition, they are planning on using locally-produced raw materials so the technology will be import-independent.

"Our partner company has an area prepared for the construction of the plant; this is a very difficult job which requires outside specialists. The university is performing a scientific study on the possibilities of applying this technology in production. This is the first step in creating a new industry in the Chelyabinsk Region and new jobs in the region. It is an undoubted advantage that this form of production will not harm the environment," specified Vyacheslav Avdin.

The project was approved by the governor of the Chelyabinsk Region, because the creation of new knowledge-intensive production will contribute to the economic, industrial, and scientific development of the region. This project is included in the portfolio of the Ural Interregional Research and Education Centre for Advanced Industrial Technologies and Materials, and a new laboratory will be opened SUSU to work on its implementation. Fulfilment this project will improve the quality and level of training of specialists in chemistry, chemical technology, energy and resource conservation, and ecology, and will expand the range and level of scientific research.

The Ural Interregional Research and Education Centre for Advanced Industrial Technologies and Materials (UIREC) was created within the frameworks of the Science and Universities national project to carry out world-class applied scientific research and development. The Centre participates in obtaining competitive technologies and products, their commercialization, as well as personnel training. The leading universities of the Sverdlovsk, Chelyabinsk and Kurgan regions   UrFU, SUSU, KSU, and others   actively participate in the development of the UIREC.