Scientists have studied the strength of fiberglass for aircraft 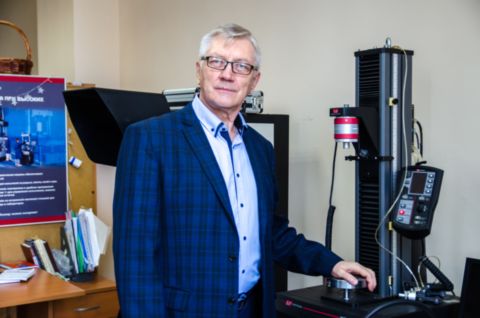 Scientists from South Ural State University and Perm National Research Polytechnic University conducted a joint study of the deformation of reinforced fiberglass under repeated loads. The scientists got unique results on the accumulation of deformations and microdamage during cyclic bending of the composite. In addition, the team of scientists calculated a coefficient, which, if taken into account, can largely prevent the breakage of parts made from this composite.

Doctor of Science, Professor of the SUSU Institute of Engineering and Technology Sergey Sapozhnikov, Ph.D., Associate Professor Mikhail Zhikharev, and PNRPU Ph.D. student Ekaterina Zubova conducted a series of experiments and studied the static strength and ultra-low cycle fatigue of fiberglass plain weave. Reinforced plastic STEF™ was subjected to three-point bending during the experiment. Scientists took measurements and tracked the deformation process and the occurrence of microdamage. The article was published in the highly-rated scientific journal Composite Structures (Q1). 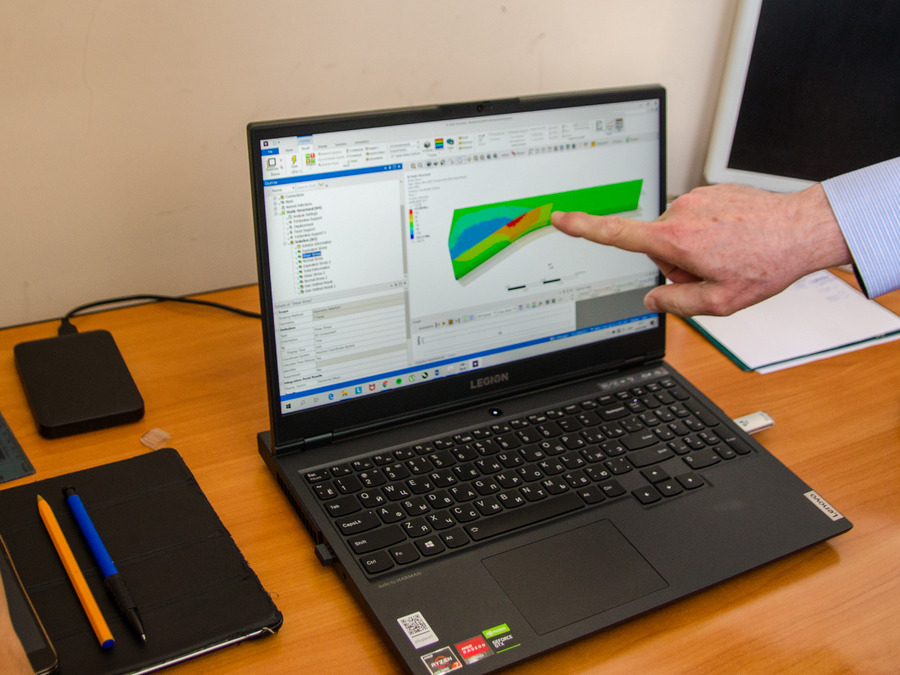 Flexural fatigue tests showed progressive displacement and non-uniform change in specimen stiffness. It happens due to two processes: straightening in the direction of deformation and microdamage i.e. local delaminations and fiber breaks.

“The process of microdamage in polymer composites is complex: the damage is distributed throughout the sample and is not at a single point, as in metals. Among modern aviation materials, polymer composites occupy a special place due to their low density, high rigidity, and strength. Aircraft structures are characterized by loading cycles: takeoff, landing, maneuvering and vibration. Therefore, in the design and experimental development of units, in addition to static and strength tests, high-cycle (106–107 cycles) and low-cycle (103–104 cycles) tests are carried out. With the advent of reusable aerospace vehicles and returnable launch vehicles, the need for material fatigue studies at ultra-low cycles (<100) has increased,” Sergey Sapozhnikov explained.

Using three-point bending, the researchers studied the static strength and ultra-low cycle fatigue (less than 100 cycles) of STEF™ fiberglass reinforced plastic. The tests showed a progressive unilateral accumulation of deformations and a change in the rigidity of the sample.

“We proved that ultra-low-cycle (up to 100 cycles) loading is characterized by fatigue phenomena and it is necessary to reduce loads to exclude unexpected breakdowns. It is shown that the use of a safety factor of 1.5 in design can ensure the preservation of strength under ultra-low-cycle loading. When designing conventional (disposable) rockets, safety factors are usually lower. In this regard, the cyclic repetition of the previous level of flight loads can lead to the sudden destruction of the rocket and the loss of a valuable payload. Before assessing cyclic durability, we used fatigue curves obtained during mass testing of samples under various loading programs. New data on the accumulation of strains and microdamage in a composite under cyclic loading will make it possible to construct physically substantiated composite failure models. It was expensive and took a long time, but, most importantly, with a slight change, for example, in the production technology of a composite or when replacing a polymer matrix with an analog from another supplier, it was necessary to repeat the entire fatigue test program. Physically-based mathematical models of the destruction of composites will dramatically reduce the amount of testing without losing the quality of predictions. And we are actively engaged in this,” Sergey Sapozhnikov added.

It is important to note that reusable aerospace systems built using composite materials must be extremely light, strong, and safe. When designing them, it is necessary to take into account the limited durability of parts under cyclic loading and the accumulation of scattered microdamage. The type of damage to the composite depends on the material used, fiber orientation, stacking sequence, and loading type. The research got the financial support of the Russian Science Foundation. South Ural State University is a university of digital transformations, where innovative research is carried out in most priority areas for science and technology development.

Following the strategy of scientific and technological development of the Russian Federation, the university focuses on the development of large scientific interdisciplinary projects in the field of digital industry, materials science and ecology. In 2021, SUSU won the competition under the Priority 2030 program. The university acts as a regional project office of the World-class Ural Interregional Research and Education Centre (UIREC).