South Urals. We Live, We Learn, We Create. Part One The history of our region from the Stone Age to the present day. Part One

The eight-volume History of the Southern Urals was prepared and published under the guidance of SUSU President German Vyatkin. Thanks to modern research and comprehensive analysis of sources, the history of the formation of a single region, beginning with the Stone Age and ending with the key events of the twentieth century, has been recreated. This is an unprecedented project in the history of Russia.

Our correspondent took a fascinating journey into the world of amazing archaeological finds, unique monuments, scientific discoveries, beautiful nature, and amazing technological achievements with the SUSU experts and scientists who created the chronicle of the Southern Urals. 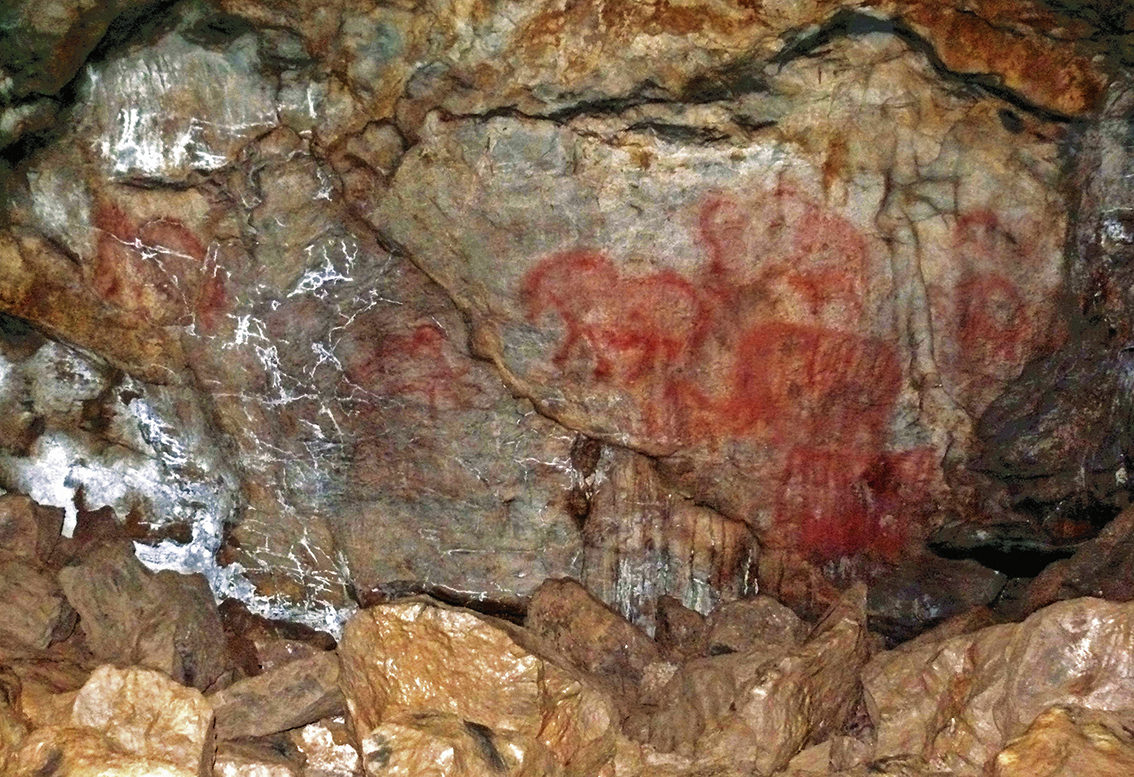 The Urals were originally settled in the Ancient Stone Age. Settlements with distinctive traditions and culture emerged. Homo sapiens adapted to changing natural conditions, created tools, household items, the first masterpieces of painting and fine sculptures, and actively interacted with flora and fauna.

Meanwhile, few people know that these places were inhabited by Trogontary elephants, the ancestors of early mammoths. Around 300,000 years ago, the climate here was mild and warm. Large cave bears lived in the mountains, and herds of giant broad-horned deer and ancient elephants roamed the forests and forest-steppes.

These five-meter giants were the ancestors of early mammoths, or "pappoths" as scientists jokingly call them. These ancient elephants weighed about 10 tons—they were enormous! Suffice it to say that the giant five-meter tusks of males were around 25 centimetres in diameter.

"The direct ancestors of the mammoth were covered with fur that was not very thick, but much denser than that of modern African and Asian elephants. Trogontary elephants fed on grass, tree branches, and bushes. One adult animal ate up to 400 kilograms of vegetation per day," says Pavel Kosintsev, leading specialist of the Laboratory of Natural Science in Humanitarian Research at Ural Federal University. Ancient people consumed "pappoths" as food. There are camps of Neanderthals with their bones in Europe. And there is one more curious fact: the Trogontary elephant is not extinct, but rather evolved into the woolly mammoth 200,000—300,000 years ago.

Finds of fossil remains of Trogontary elephants are extremely rare. The Sosnovsky District Museum of Regional History and Local Lore has a unique exhibit.

"Once upon a time, long ago, this giant died on the bank of the ancient Zyuzenga (a river near the village of Klyuchevka, Sosnovsky District). I found an almost two-meter long tusk in the soil. I dug it out, restored it, and donated it to the museum. Now the exposition is adorned with a 100-kilogram tusk, of which there are extremely few in the world, of "pappoths" (presumably, a female)," recalls speleoarchaeologist Vladimir Yurin.

The history of Stone Age studies began with exploration of caves of the Ural River Yuryuzan. The first Paleolithic rock paintings in Russia were found in the Kapova Cave, depicting animals. Previously, it was believed that such paintings existed only in France and Spain. This was a sensation.

The Kapova Cave has become an outstanding object of archaeological, historical, and cultural heritage. More than 50 drawings in red ochre have been found. Along with images of animals there are geometric symbols. An absolutely mysterious drawing was also found here—fantastic creature that combines the features of humans and animals. What could ancient people know about chimeras? This is a big question. 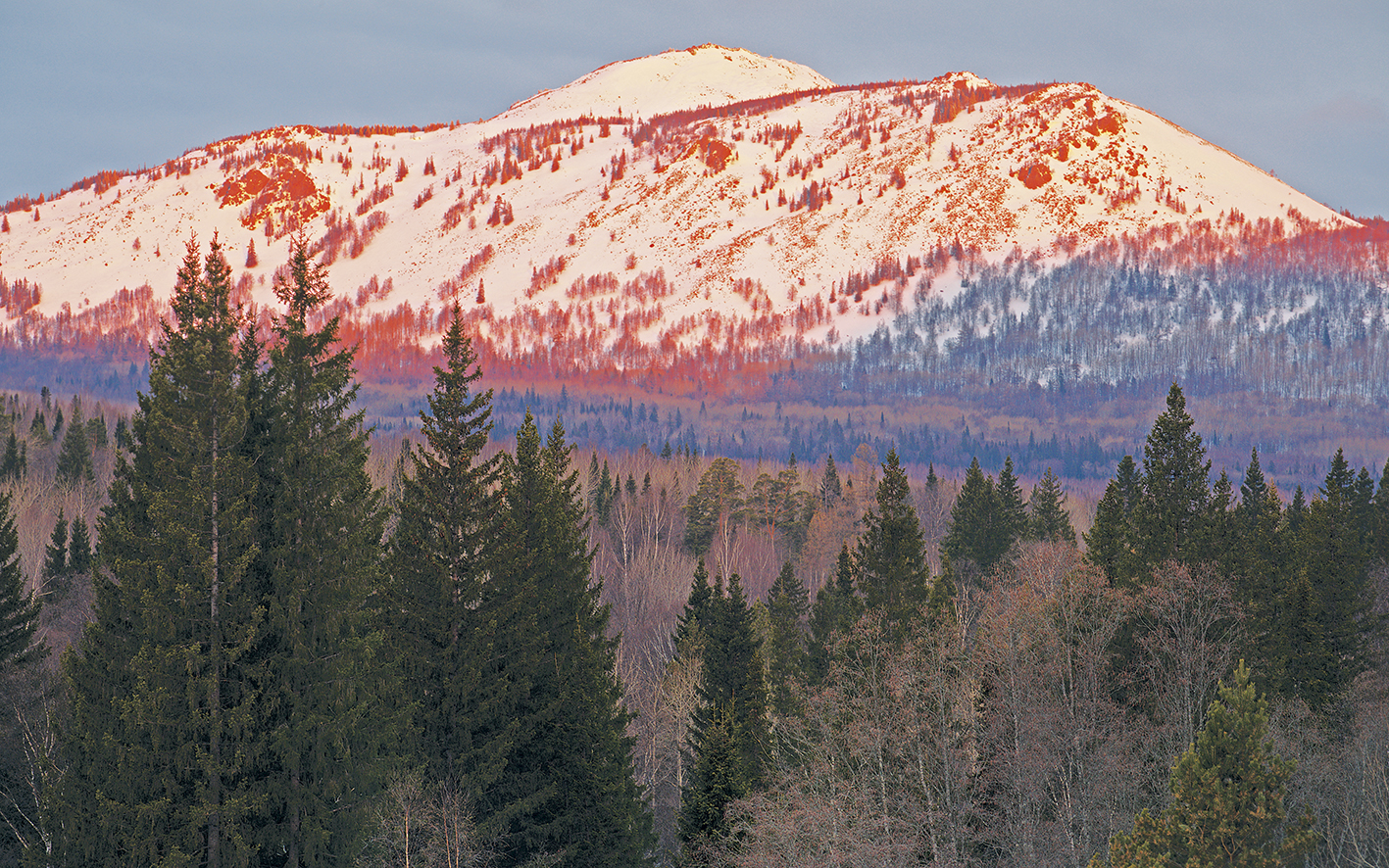 In the Chelyabinsk Region, the famous Ignatievka Cave is considered the most spectacular site with an ancient picture gallery. About 60 drawings were made in black and various shades of red. In the cave, archaeologists found beads made of tusk and pendants of fox tusk and bison teeth. A drawing of an incomprehensible anthropomorphic creature was also found here.

According to scientists, these drawings were created for ritual ceremonies. Ancient people felt they simultaneously belonged to the real and mythological world. The cave represents both the reality and the forbidden, with which man tries to connect, overcoming the fear of darkness.

Such caves confirm that ancient art was not limited to Western Europe, but spread far to the East. This is further evidence of the spiritual ties and unity of ancient people on the vast territory of Eurasia.

Arkaim is a unique monument of the Sintashta complex of the Bronze Age. We do not know what this settlement was called by its ancient inhabitants. But the toponym comes from the Turkic word arka (ridge, back, base) and is the name of the mountain located 4 km south of Arkaim.

In the 1980s, this area was subject to flooding, the reservoir was meant to provide water for the agricultural areas of the Chelyabinsk Region. But scientists managed to defend the archaeological monument, which for many years had been attracting the attention of tourists all over the world. The interest of researchers has not weakened either. The search for the meaning of the Sintashta phenomenon continues. 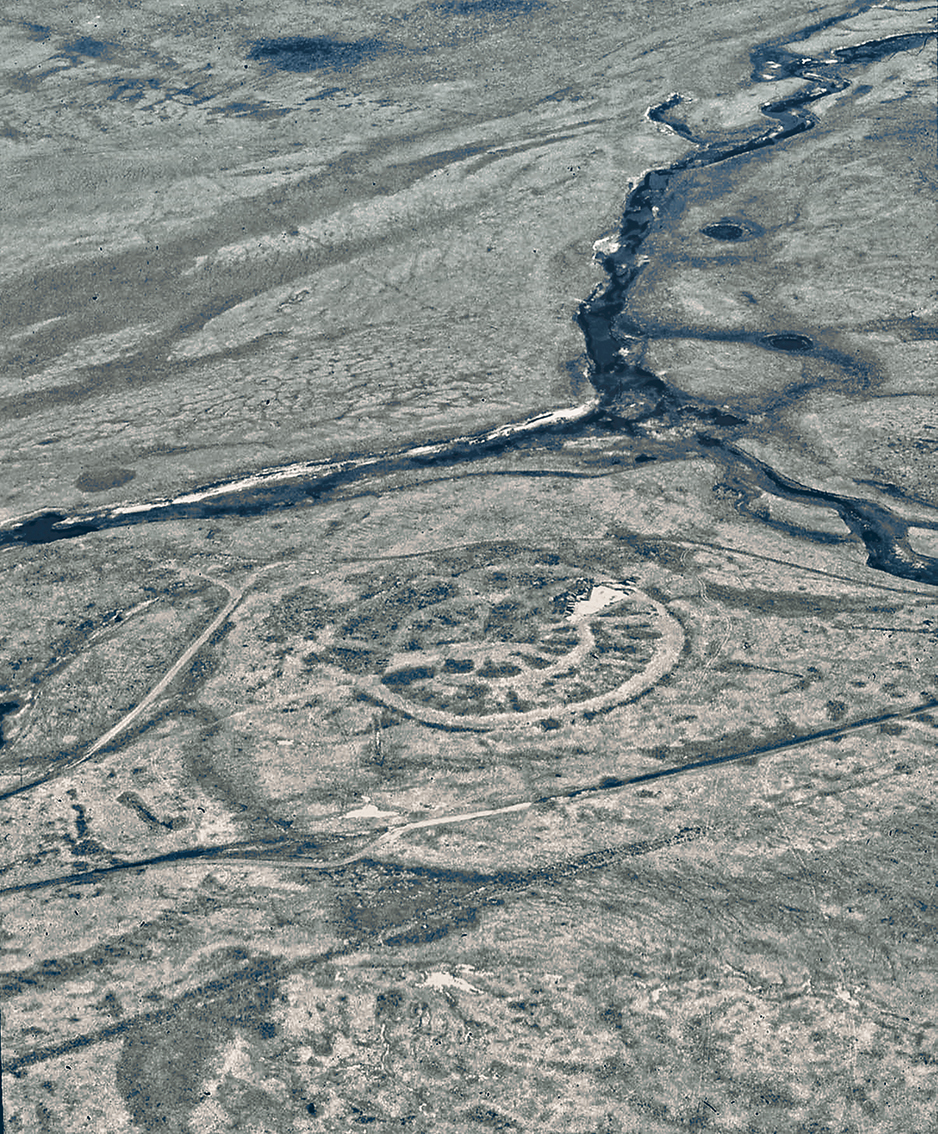 "Arkaim, like all the Sintashta monuments, demonstrates a clear connection with very distant territories, from Altai to Central Europe or the Balkans. Thin threads connect it with Central Asia as well. Scientists suggest that some kind of migration from the west to the east took place and that these people founded settlements of this kind in lands foreign to them.

It is likely that when the first settlers came to this territory, they assumed that it would have to be conquered. They set up reliable outposts, but... no one attacked. It turned out that the population here is very run down and there was no one to oppose.

The wave of traditions launched by the Sintashta monuments poured out in all directions, and manifested itself over vast areas. The ancient inhabitants became, in fact, culturally active. They introduced rites, rituals, and captive cattle breeding, and mastered the local ore wealth," comments Professor Andrey Epimakhov.

The ancient Urals residents were able to mine and process copper ore, and developed metallurgy. Even in those times, the South Urals became one of the few mining and metallurgical centres of the ancient world.

The Sintashta people smelted arsenic bronze, from which they cast and forged jewellery as well as a variety of tools and specialized weapons. They knew weaving and leather weaving. Archaeological finds in this region demonstrate a high level of skill in processing wood and bone.

It has been proven by SUSU scientists that the South Urals was a centre of global military and technical innovations of the Bronze Age. A team of researchers led by Ivan Semyan, head of the Laboratory of Experimental Archaeology, conducted successful field tests to reconstruct an ancient chariot, found in the Chelyabinsk Region. "The emergence of wheeled transport is directly related to metallurgy, because metal tools are needed to make them. We can only guess who the chariots belonged to. One thing is certain—they were status symbols.

Scientists of SUSU discovered very early chariots. Probably the earliest discovered in the world. About 4,000 years ago, chariot production was formed in the Trans-Ural region. The first domesticated horse appeared in the Volga-Ural region. A chariot without a horse is useless. The whole point of such a carriage is speed and maneuverability," said Ivan Semyan, sharing his thoughts.

The Sintashta chariot is a striking image of world culture, symbolizing the sun, divine transport, strength, and power. In addition to its mythological meaning, it is also a breakthrough of technology, a phenomenon that had a great impact on the course of the entire world history. Today archaeologists have found 27 ancient chariots in the Ural-Kazakh steppes. Contrary to stereotypes about the primitiveness of ancient times, the Bronze Age was a time of globalization. Meanwhile, isotope analysis of anthropological materials allowed researchers to conclude that dairy products and, to a lesser extent, meat products served as dietary foundations. It may seem unusual, but there were practically no bread or cereal crops in the diet of the ancient inhabitants of the South Urals.

Today, indigenous South Ural residents have a unique opportunity to see the faces of their distant ancestors. Reconstructed images are presented in the SUSU museum. These people built fortifications, smelted metal, crafted, and created weapon systems and household utensils. The exhibit shows female faces, obviously attractive. The vivid Caucasoid features are noteworthy. The Mongoloid population in the South Urals appeared much later.