Cosmonautics Day Is Celebrated Today: Future Engineers of Roscosmos Are Trained at SUSU 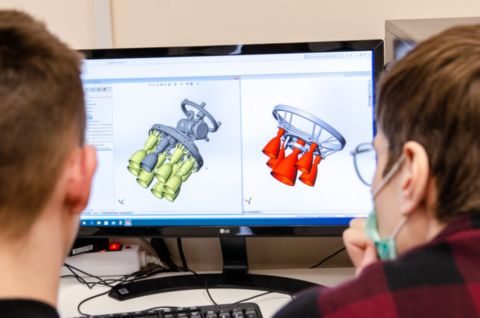 On April 12, 1961 the Soviet cosmonaut Yuri Gagarin became the first human to journey into outer space. The holiday-related events are being held not only at the federal level, but at the regional level as well. Cultural, scientific and educational institutions are sharing on what significant role the Russian scientists, engineers and cosmonauts play in the space exploration. South Ural State University is among the leading universities that train the future engineers, rocket builders and cosmonauts.

The Faculty of Aerospace Engineering (in 2016 it became part of the SUSU Institute of Engineering and Technology) was among the oldest faculties of South Ural State University, having begun its work 65 years ago. Over this course of time thousands of specialists have graduated from their alma mater and have been working at the space, defence and industrial enterprises.

Currently, SUSU trains specialists in designing, production and operation of rocket and space complexes, designing of aircraft and rocket engines, and production and testing of ammunition and detonators. Students take training in Bachelor's degree programmes in "Rocket Complexes and Astronautical Science" and "Applied Mechanics". There are also Master's degree programmes in "Applied Mechanics" and "Rocket Complexes and Astronautical Science". Top-qualification personnel is trained within the "Aircraft and Aerospace Engineering" postgraduate studies programme.

"Already 5 years ago the training of specialists focused mainly on the defence industry. Over the recent years, interesting civil tasks have been set before us, for instance, we are working on a very promising project on creating a reusable single-module launch vehicle. The idea belongs to and is being elaborated by the Academician V.P. Makeyev State Rocket Centre. This project is being developed within the World-class Ural Interregional Research and Education Centre for Advanced Industrial Technologies and Materials, with the support from the Governor of the Chelyabinsk Region who allocated 70 million roubles for the research, development, production and testing of a series of prototypes and demonstrators of key technologies, based on which the Corona complex will be designed. This is not just the launch vehicle, but also the ground infrastructure, navigation, and content – a huge scope of work, and this is just the beginning," says the Head of the SUSU Rocket and Space Technology Centre named after V.P. Makeyev Viktor Fedorov. 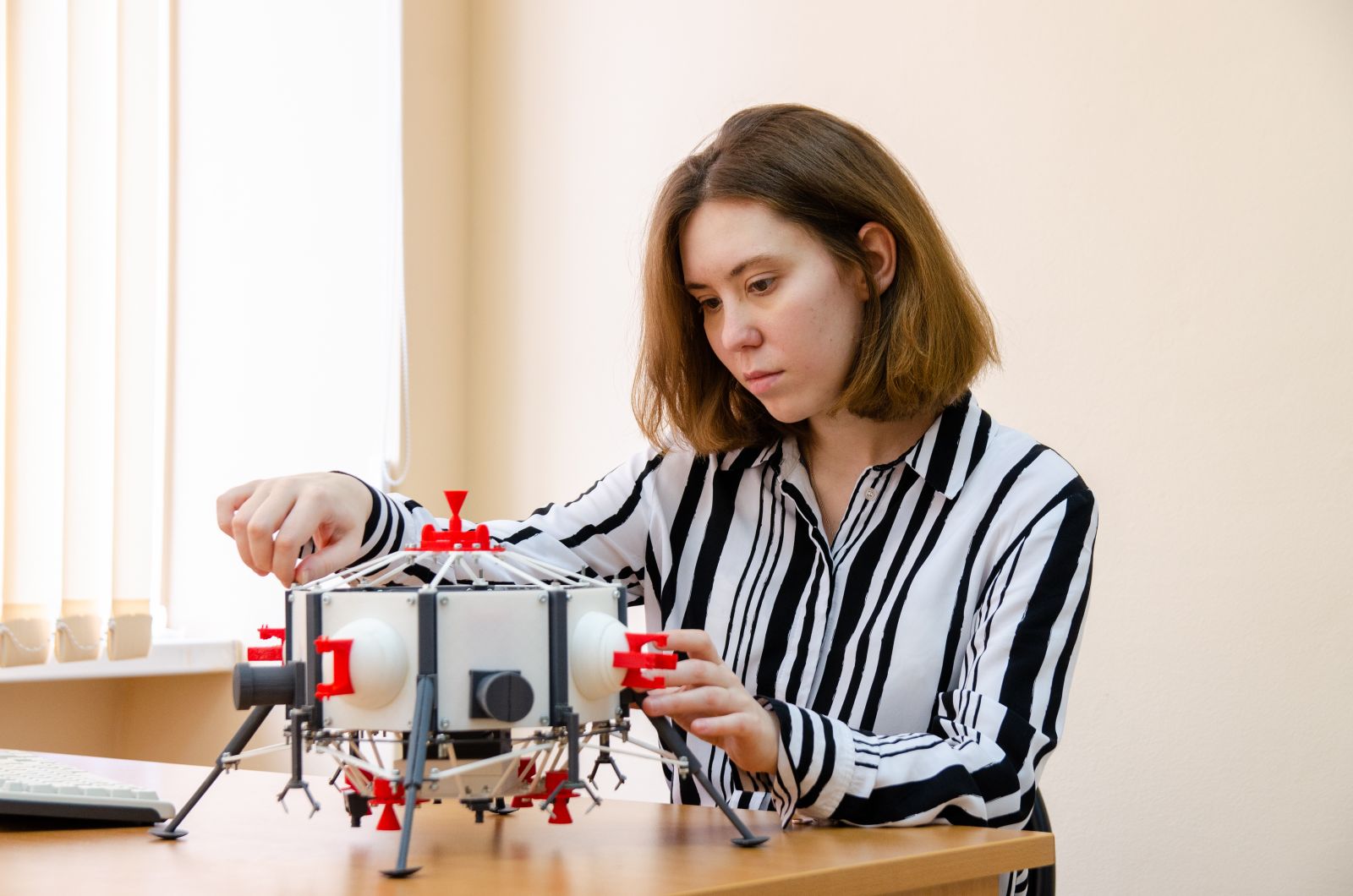 South Ural State University is creating the propulsion systems for the big-scale space project jointly with companies from the Chelyabinsk and Sverdlovsk regions. The tasks arising while fulfilling this project are being solved by the staff of the recently opened Laboratory for Research of the Physical and Chemical Properties and Gas Dynamics of Propulsion Systems for Reusable Launch Vehicles (a subdivision of the Aerospace Engineering Research and Education Centre. All the staff members are young scientists and engineers. The average age of the laboratory staff is around 35 years.

The youth laboratory was created within the Science and Universities National Project. It conducts research on the physical-and-chemical, and gas dynamics processes and strain-stress state of propulsion systems with centre body for reusable launch vehicles.

This laboratory is headed by a young scientist, Candidate of Sciences (Engineering) Iurii Kapeliushin.

"The laboratory has been created as part of the technological project within activity program of the Ural Interregional Research and Education Centre for Advanced Industrial Technologies and Materials aimed at research, development and creation of demonstrators of the propulsion system with centre body, control system with artificial intelligence for the rocket and space complex with a fully-reusable single-module launch vehicle and a multi-purpose space platform," informs Iurii Kapeliushin.

Asteroid Youth Design Bureau is part of the system of engineers training at South Ural State University. Aerospace Engineering students (from the Institute of Engineering and Technology) are working at this Bureau as they are interested in engineering. Students learn about all its stages during their practical training: they engage in scientific projects that can be implemented in the space industry.

Students and postgraduates of all Aerospace Engineering majors are involved in the Bureau activities, and representatives of the SUSU School of Electronic Engineering and Computer Science are invited to solve specific issues. At present, about 150 students are engaged in the work of the Design Bureau.

"One of the fields of our work is ensuring the protection of the Earth against asteroids – asteroid security. Within this field we are planning on creating a landing vehicle for soft landing on an asteroid's surface. This is a complex task, and students from the Institute of Engineering and Technology and other institutes are working on it. They have completed the stages of technical proposal, draft design and final design," says Candidate of Sciences (Engineering), Associate Professor Ruslan Peshkov. 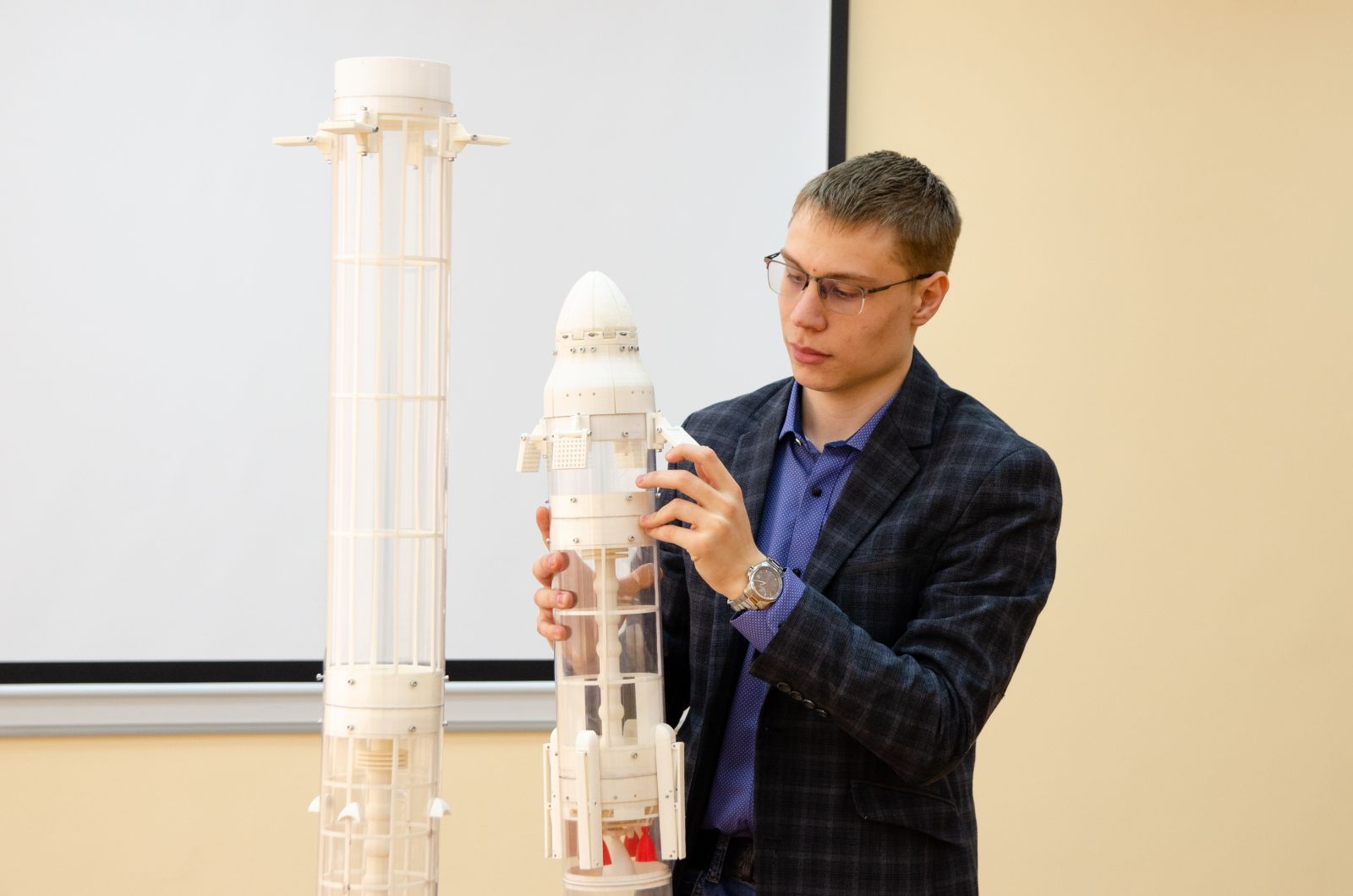 Specialists are trained following the best practices of the Russian higher school combining the fundamental general scientific and general engineering training with great many laboratory and design works. Along with the laboratories, computing classes and library, the technical infrastructure includes the Rocket and Space Technology Education Centre named after V.P. Makeyev, which holds a unique collection of rocket and space equipment.