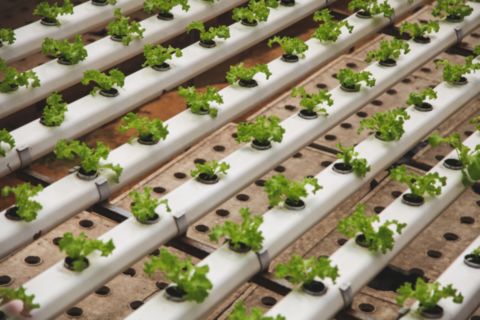 Agricultural area and high technologies have been combined in the project “Development of an Intelligent System for Controlling and Monitoring a City Farm” by a postgraduate of South Ural State University (SUSU). Thanks to this system, cultivation of vegetables and fruits in urban farms will become easier, and the costs for their maintenance will be reduced. The project received a grant within the UMNIK contest for the development of a promising idea.

Urban population is increasing, the number of fertile land is reducing, and it may seem that soon there will be no one and nowhere to grow vegetables, fruits and berries. In fact, that is not so, because a promising direction in agriculture has appeared: city farming.

Urban farms are located on rooftops or in basements, they can be vertical and horizontal, but most importantly, they allow you to grow various crops even in megalopolises.

However, about 80% of city farms are unprofitable: the costs for electricity, water and other resources are too high. The problem can be solved by developing a controlling-and-monitoring system, thinks postgraduate of the SUSU School of Electronic Engineering and Computer Science Andrey Blinov. The young scientist successfully defended this idea before the jury of the UMNIK contest and won a grant of 500 thousand roubles for its development.

“The controlling-and-monitoring system includes hardware (environmental sensors) and software (mobile application, web application, cloud, microcontroller software). The system will control, for example, the timing and intensity of lighting for each spectrum (blue, red and daylight white) separately. Different stages of plant growth require different types of lighting. It makes no sense to always use all the spectra at 100%, sometimes it is completely harmful, in some cases the energy can be spent on the growth of leaf vegetables instead of fruits,” said Andrey Blinov. 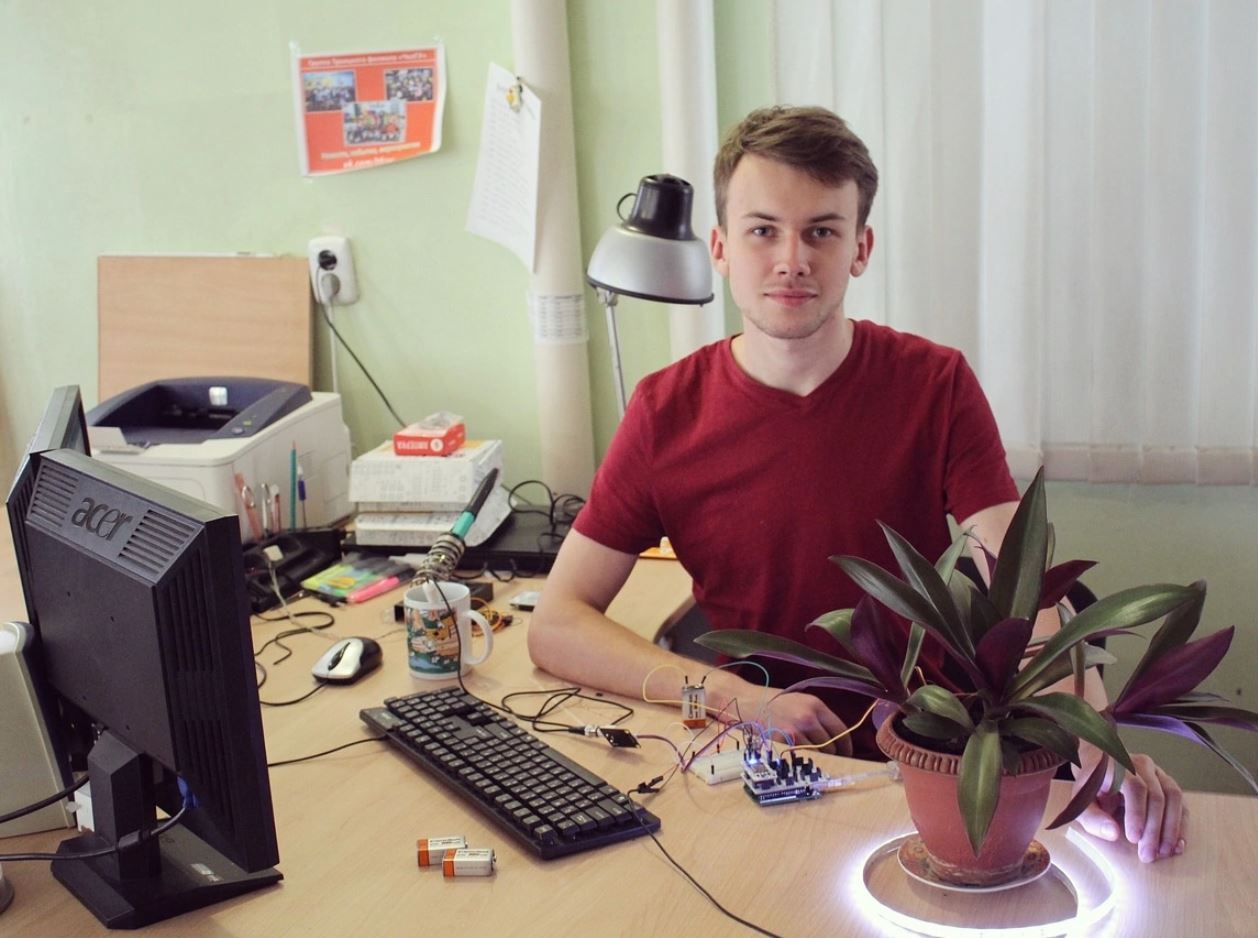 The postgraduate has already developed a prototype of the controlling-and-monitoring system and is currently working on a physical model of the city farm. It looks like a set of horizontal pipes filled with substrate, with holes for planting plants. According to Andrey Blinov, city farms can look very interesting; however, industrial design has not been part of the activity of the young scientist, because he is focused on collecting and analysing data to build a future functioning system using IoT (Internet of Things) technologies.

Monitoring data will be transmitted from environmental sensors to the microcontroller, and then to the cloud, from where it will go to the web application or mobile application. Thus, the user will be aware of air humidity and temperature, soil moisture, temperature, total mineralization and water level, PH level, CO2 content. The owner of a city farm will be able to issue commands to the controlling-and-monitoring system, but most decisions, such as watering duration and time of lighting, will be made by the server without the need for the user participation.

As a result, thanks to such a system, it will be possible to grow fresh fruits and vegetables even inside an apartment.

The work is being conducted under the leadership of the Director of School of Electronic Engineering and Computer Science, Doctor of Sciences (Engineering) Aleksandr Gollai. Also, postgraduate Andrey Blinov is consulting with his colleagues from Chelyabinsk State University, Magnitogorsk State Technical University, Institute of Control Sciences of Russian Academy of Sciences, and South Ural State Agrarian University.