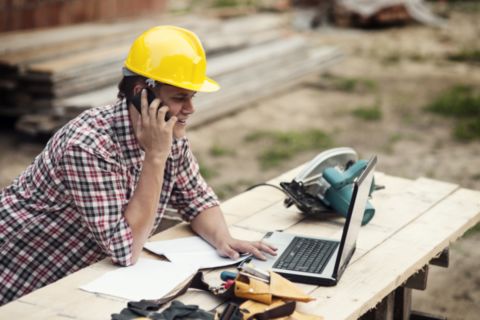 Machine Learning and Artificial Intelligence can be used in construction to predict pile bearing capacity. South Ural State University (SUSU) scientists have considered that neural network predictions are more accurate and less expensive and time-consuming. The results of the work have been published in the highly rated journal Sustainability (Q1).

There is a deep foundation used to support structural loads at a shallow depth in construction. For instance, using piles transmits the structural load to deeper bearing strata in order to withstand the axial, lateral, and uplift load and to minimize the settlement.

The pile bearing capacity is calculated by several empirical methods, some of them under- or overestimate pale characteristics and they are also expensive and time-consuming. Experts consider it is important to predict pile bearing capacity using new and effective calculation approaches, such as Machine Learning (ML) and Artificial Intelligence (AI).

Scientists from South Ural State University and their international colleagues have proposed using tree-based machine learning methods to determine the frictional pile capacity. Tree-based models are considered as relatively-new techniques and their successful applications have been highlighted in literature. Unlike traditional methods, where empirical formula calculation is always used for the computation, the accuracy of neural network predictions is significantly higher.

“The key idea of this new procedure is to use the in-situ test, site record and subsurface investigation works data for the prediction of the frictional pile capacity using tree-based techniques. In addition, we proposed a new procedure for selecting the model inputs that can be used by the other researchers in different areas,” says Danial Jahed Armaghani, PhD, the senior researcher of the Town Planning, Engineering Systems and Networks department (Institute of Architecture and Construction, SUSU).

In the beginning of the research scientists have collected the frictional pile capacity test data from actual site measurement, subsurface investigation works, and site records. 130 tests have been conducted in the Kepong area, Malaysia. Upon finishing, the data interpretation has been carried out to ensure that only correct information is selected for the analysis. After that, machine learning models (Tree-based techniques) have been developed to be used as prediction models by applying the interpreted data as input and output.

As the most important factors for estimating pile capacity have been selected pile length, hammer drop height, pile diameter, hammer weight, and N values of the standard penetration test. These have been then used as model inputs in different tree-based techniques, for instance, decision tree (DT), random forest (RF), and gradient boosted tree (GBT) in order to predict pile friction bearing capacity.

Tree-based machine learning models help to easier and quicker estimate the friction pile capacity. The outcome is comparable with the actual site measurement. These techniques can be practically-used in the other projects for predicting pile capacity instead of doing a relevant test.