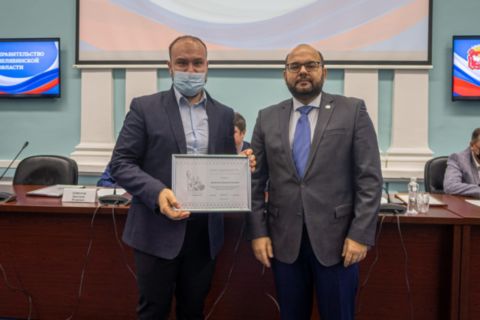 Senior teacher of the Department of International Relations, Political Science and Regional Studies of the Institute of Linguistics and International Communications Maksim Dvoinenko has been awarded a letter of appreciation by the Public Chamber of the Russian Federation for his big practical contribution to fulfilling the public control over the observance of election rights of citizens.

This September, election of deputies to the 7th State Duma of the Federal Assembly of the Russian Federation has been held. Preparation and organization of this process is a continuous work, in which many subjects participate. Thus, Maksim Dvoinenko has been heading the monitoring of political events in the virtual space as a member of the Public Headquarters for Control over Elections for the Chelyabinsk Region for 7 months.

"The Headquarters' main task is to perform independent expert review of the election campaign and the voting in order to ensure that the election process is transparent and legitimate," shared Maksim Dvoinenko. "My task included the direct monitoring of the virtual space to detect fakes or provocations on social networks. It is worth noting that it has been a fascinating job both from the point of the set tasks, and from the point of the teamwork."