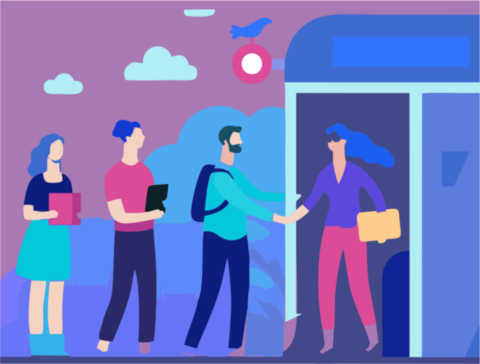 Pushkin Institute Research, Education and Coordination Centre renamed into Research, Education and Coordination Centre of Open Education in the Russian Language named after A.S. Pushkin was opened at South Ural State University in 2014. SUSU became one of the most active participants of the program, having opened centres in China, Uzbekistan and Kyrgyzstan on a grant within the period of several years. On November 15th this year, the university is going to open the Centre of Open Education in the Russian Language at the State Budgetary Professional Education Institution Chelyabinsk Pedagogical College No. 2, teaching staff of which will become staff members of the centre. The work of the centre will be headed by the teacher of the college Natalia Statina.

The opening of the new centre will take place within the frameworks of a grant from the Ministry of Education of the Russian Federation won by the university. The received financial support will be used for the implementation of the project on Improving the Human Resources Potential of Employees of Educational Organisations, Including Centres of Open Education, by Showing the Best Practices of Teaching Migrant Children in Russian.

“Since one of the aims of the project is to identify the best practices of teaching migrant children, it was decided to open a new centre at a pedagogical college, because it is there that the future teachers of primary classes and preschool education are trained, who will subsequently teach the Russian language to children, including from the countries of the near and far abroad,” says the Head of the Research, Education and Coordination Centre of Open Education in the Russian Language named after A.S. Pushkin, Associate Professor of the Department of Russian as a Foreign Language of the SUSU Institute of Linguistics and International Communications Iadviga Berezovskaia.

Among the main tasks of the Centre of Open Education in the Russian Language which will be organised at the Chelyabinsk Pedagogical College No. 2, is, on the one hand, to train the academic staff members on the best practices of teaching Russian and organizing advanced training courses and seminars. On the other hand, to create conditions for the successful mastering of the Russian language by students themselves. Staff members of the centre are planning to organize a wide range of educational and cultural events for them: going to theatres, celebrating the Day of the Russian Language and the Day of Slavic Written Language, the Dictionary Day, and other activities that will help children adapt to the language environment.