History of the Most Frightening Holiday 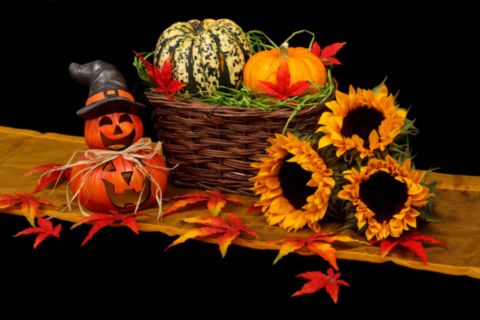 South Ural State University is a home for students from 58 countries. The students share their culture and customs. One of the traditions is Halloween celebrated at the end of October. What is the holiday and why do people celebrate it?

Halloween is the time when people celebrate their lives and honor the dead. It is an amazing holiday that helps fight your fears, get away from your problems, and just have fun with your friends and family. Halloween is one of the most popular holidays both among kids and adults and is celebrated on 31st, October. It’s one of the most popular holidays, second only to Christmas.

Halloween is known and loved today as a time to wear costumes, go door to door asking for candies, and watch monster movies. But the holiday's origins go back centuries to the enactment of All Saints' Day, a Christian holiday. Along the way, it has also picked up traditions from Samhain, a Celtic festival celebrating the start of winter.

The Celts believed the souls of the dead roamed the streets and villages at night. Since not all spirits were thought to be friendly, gifts and treats were left out to pacify the evil and ensure next year crops would be plentiful. This custom evolved into trick-or-treating. That’ why it is sometimes called Beggars’ Night. Children and their parents dress up as ghosts and witches and go into the streets to beg. They go from house to house and say: “Trick or treat!”, meaning “Give me a treat or I’ll play a trick on you”. Some groups of “ghosts” chant Beggars’ Night rhymes:

They all hold bags open to catch the candy, fruit, or coins that the neighbours drop in. As they give each child a treat, the neighbours exclaim over the costumes and try to guess who is under the mask. Children usually get the treat, so they do not often have to play mischievous tricks. 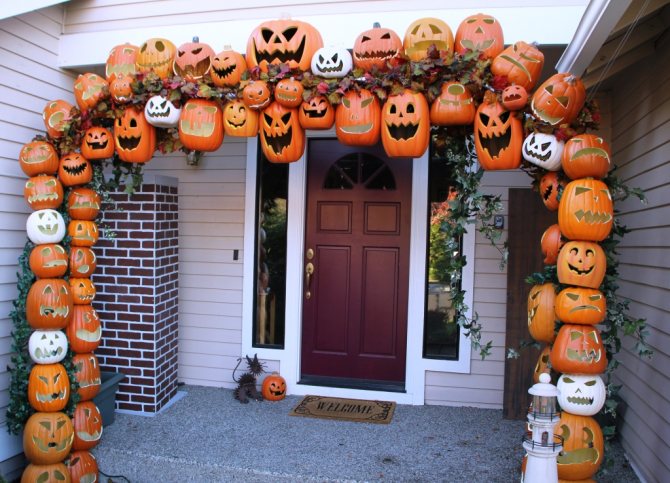 In the weeks before October 31, many people decorate windows and porches of their houses with various Halloween symbols (bats, skeletons, spiders, witches) and set jack-o’-lanterns in the windows. Black and orange are the traditional Halloween colours.

While Halloween originated in Europe, the holiday became the celebration we recognize today when it was brought to America by the early settlers. People originally carved out turnips and placed candles inside to ward off evil spirits, but Americans switched from turnips to pumpkins.

Every year, cities and towns all over the world celebrate the holiday with festivals, parades, and theme park events. No matter how Halloween is celebrated, or which aspects of the holiday are celebrated, it has become a global phenomenon comparable to Christmas in terms of how widespread and important it is to the public conscience.

Students of South Ural State University take active part in the celebrations of the holiday. They make decorations and prepare bright costumes of witches, ghosts, pirates, monsters, skeletons, vampires, and many other creepy characters. Their makeup is very colorful and convincing. The decorations are usually paper ghosts, paper bats and carved pumpkins (Jack-o’-lantern).