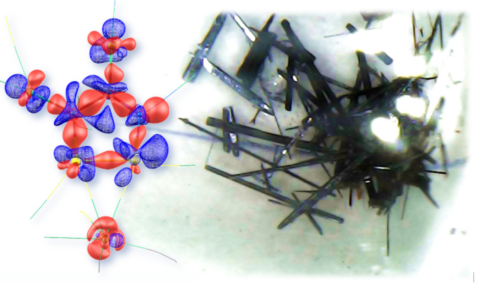 A research study important for the world science has been conducted by scientists of South Ural State University (SUSU) jointly with their colleagues from other research institutes. They have discovered the reasons for the stability of salts and have provided a detailed description of the results in a top-rated journal Acta Crystallographica Section B: Structural Science, Crystal Engineering and Materials (Q2).

Research on organic crystals sparks active interest among scientists, as those are widely used in various fields: from organic semiconductors and solar cells components, to medical chemistry. Specialists study different properties of crystals, and among the relevant topics is considering the specifics of the electron density distribution. Thanks to this information, it becomes possible to predict the physical and chemical, photoelectrical, and other properties of materials, which have the molecular compounds under study in their composition.

This work has become one of the fields within the project on “On the way towards new hybrid materials: digital modelling of the structure and properties from the atomic-molecular-level to nanoparticles” being fulfilled by the researchers of South Ural State University jointly with their colleagues from research institutes of the Russian Academy of Sciences.

“We have become the first in the world to study the experimentally obtained electron density distribution in Appel's salt crystals being the precursor in the synthesis of stable radicals,” shares project head, Doctor of Sciences (Chemistry) Ekaterina Bartashevich.

Doctor of Sciences (Physics and Mathematics), Professor Vladimir Tsirelson (one of the originators of the scientific field of quantum crystallography) is developing a theory, which would allow to taka a sneak peek of the subatomic level of the structure of multicomponent materials.

The research yielded an important conclusion: the reason for the stability of free-radical salts should be sought for at the level of the properties of electron density distribution. They are concealed in the specifics of the formation of chemical bonds, which are of multi-centre character.

The scientists will not stop there. They are planning on continuing the research work at the level of modelling and at the level of experimental studies of the structure and electronic properties of organic crystals.