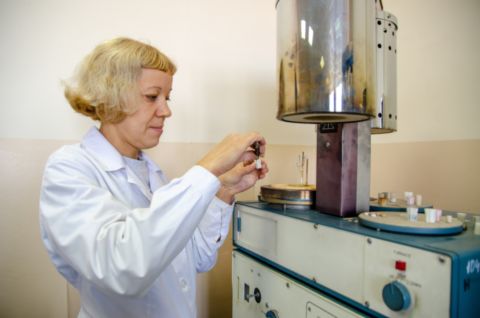 The corrosion resistance of high-entropy alloys (VES) is studied at the South Ural State University (SUSU). By adding various chemical elements to alloys, scientists intend to improve their characteristics. The scientists publish the results of their theoretical and practical research in highly rated journals indexed by Scopus.

High-entropy alloys (HEAs) are a new class of metallic materials that researchers from different countries are studying. Scientists investigate the properties of some representatives of this group of alloys. One of these properties is heat resistance - parts and structures created from some WPPs can withstand the load at high temperatures without any noticeable deformation.

However, at high temperatures, WPPs can oxidize. It can lead to the corrosion of products made of alloys. Scientists at SUSU are studying this problem and conducting a series of experiments to determine which elements increase or decrease the resistance of WPP to oxidation.

«Only a few scientists are studying WPPs' resistance to high-temperature oxidation. In preparation for the practical part of our work, we prepared a review article and investigated all the available results of our colleagues. The scientists managed to determine more preferable elements in the composition of the WPP and some elements reducing the oxidation resistance. Now we can predict our ways to increase corrosion resistance», - the project manager, Doctor of Chemistry, Professor Yevgeny Trofimov said.

The theoretical research was published in the journal Materials (Q2). Other SUSU research teams can use the data obtained for their new experiments. At the same time, the scientists began the practical part of their work by analyzing alloys based on the Al-Co-Cr-Fe-Ni composition. The researchers are smelting WECs and studying their oxidation resistance. In a recent study, they have established the effect of manganese and silicon additives on this property.

The experiments are carried out in the temperature range from 700 to 1000 degrees Celsius. The scientists keep the samples at a given temperature for 10 hours and monitor their weight.

«Alloys with silicon content (Al0.45CoCrFeNiSi0.45) during oxidation showed a weight gain of about 0.1 mg / cm2, while for alloys with the addition of manganese (Al0.25CoCrFeNiMn) this figure was about 1 mg / cm2. Also, silicon-containing alloys have shown excellent resistance to high-temperature oxidation, mainly due to the formation of a protective oxide layer on the surface, enriched in Al2O3 and SiO2 (aluminum oxide and silicon oxide). For alloys with manganese, the formation of an oxide layer did not provide sufficient protection against corrosion», - Yevgeny Trofimov said.

The experts have demonstrated that the results of an experimental analysis of oxidative behavior in several cases can be predicted using thermodynamic calculations. The scientists published their research in the highly-rated magazine Vacuum (Q1).

This work was supported by a grant from the Russian Foundation for Basic Research, a competition for the best regional projects was held jointly with the Chelyabinsk Region.

Other areas of work with wind farms are developing at SUSU. In 2020, the Laboratory of Mechanics, Laser Processes, and Digital Production Technologies won a grant from the Russian Science Foundation for the project on the use of high-entropy alloys for additive technologies.

South Ural State University (SUSU) is a university of digital transformations, where innovative research is held in most of the priority areas of development of science and technology. Following the strategy of scientific and technological development of the Russian Federation, the university focuses on the development of large scientific interdisciplinary projects in the field of the digital industry, materials science, and ecology. In the Year of Science and Technology, SUSU won the Priority-2030 program. The university performs the functions of a regional project office of the Ural interregional world-class scientific and educational center.