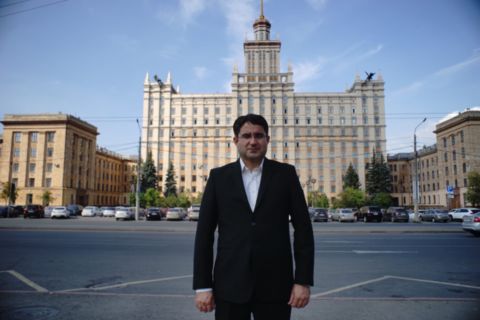 Scientists from the South Ural State University (SUSU) have conducted a CFD Study for monitoring the spread of respiratory viruses in closed spaces. According to the researchers, the new development will prevent the spread of COVID-19 and other viral infections in spaces where people study or work like educational institutions or offices. The results were published in the Journal of Hazardous Materials.

Respiratory viral infections are transmitted from person to person primarily through airborne droplets as a result of direct or indirect contact. Distances between people in closed spaces do not always provide protection against viruses due to air circulation. That is why the proper positioning of barriers is one of the most effective ways to reduce the spread of respiratory viruses in enclosed areas.

The SUSU scientist has conducted a CFD (Computational Fluid Dynamics) study that allows to analyze droplet flows in the air and to determine the effective location of barriers protecting people in a room.

“The approach of CFD is a combination of computer codes and programs that allows the simulation of different physical and chemical processes. It is used in almost all areas of research, while CFD itself is applied in a wide range of scientific fields – from supersonic aviation to bio-energy and others. The study simulates the real situation in classrooms as accurately as possible”, - Senior Researcher of the Department of “Hydraulics and Hydro-pneumatic systems” of the Polytechnic Institute of the SUSU Afrasyab Khan commented.

According to him, thanks to the CFD, enterprises will be able to maintain a normal pace of work and avoid quarantine during adverse epidemiological situations.

“This study is a starting point for detailed examination of various scenarios by using the theoretical and experimental approaches. Cooperation is planned at both national and international levels”, - the senior researcher noted.

In the future, the scientists plan to develop the strategy based on such CFD studies through which in different scenarios like offices, railway stations, airports, harbors, and factories, SOP's will be established to work without shutting the operations down.