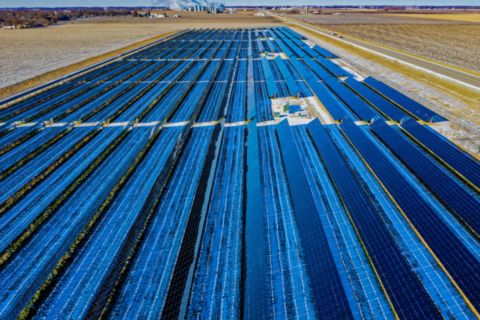 The year of 2021 in Russia is dedicated to science and technology. In August, the scientific agenda has been focused on climate and ecology, the most important topic for the whole world in recent years. SUSU scientists are actively working in this direction, developing "green" energy.

Lately university researchers have worked with international colleagues to analyze the feasibility of hybrid solar-hydrogen complexes, completing a study of the parameters of the "closed" hydrogen cycle in the systems of three geolocations around the planet. The results of the first stage of the innovative research were published in the highly rated journal Energies (Q1).

When wind or solar power plants are in operation, not all of the energy goes to support the operation of the facilities powered by them. As data from experimental wind power installations at Cape Kanin Nos (the Arctic) have shown, the surplus energy sometimes exceeds the consumption by far. Researchers suggest this energy be accumulated in hydrogen storage units; similar units can be used in power plants powered by solar energy. Then there will be no power outages at night or in cloudy weather.

The international research team, which included scientists from universities in India, Malaysia, and South Ural State University, studied the efficiency of solar-hydrogen complexes. To do this, they analyzed data from systems installed in different geographical locations. The scientists chose Chelyabinsk for the development of the equipment’s main components; India as a country with serious insolation and open to alternative energy; and Australia as a representative of the southern hemisphere. This approach has not been used before; the locations were chosen based on the agreement among the researchers.

“The study aimed at determining the capacity of solar power plants during daytime hours at the same power consumption (1kW). In addition, we determined the volume of hydrogen storage and electrolyzer needed to produce and store hydrogen in the form of gas. Data on insolation was taken from reliable sources. For the study we also needed the parameters of H2Nitidor equipment with the addition of fuel cells to convert hydrogen into energy. Thus, we investigated the parameters of the "closed" hydrogen cycle," said Evgeny Solomin, Doctor of Sciences (Engineering), Director of the SUSU Alternative Energy International Innovations Centre.

The study showed that a power plant with a constant power consumption of 1 kW in Russia requires 35 solar modules, in India— 32, and in Australia—23. The southern hemisphere station needed the smallest tank for hydrogen (800 cubic meters), while the Russian station required the largest one (2000 cubic meters).

The researchers note that the locations under study are located almost at the same latitude. But in Australia, the cost of electricity is 1.5 times less than in India, and 3 times less than in Russia. At the same time, the cost of electricity for small businesses and a family of 3–4 people were comparable. Based on this, the researchers concluded that the solar-hydrogen complex can be used in different parts of the world.

The obtained results are preliminary, these require more in-depth analysis and research of more geolocations. Scientists intend to expand the list of participants and make an appropriate map for each researched point.

In June 2021 the authors of the scientific paper submitted a joint international application for a grant from the Russian Science Foundation (RSF) on the expanded research topic.