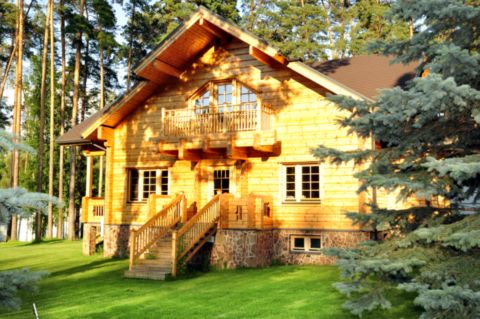 Scientists and engineers of South Ural State University have created and patented an easy-to-use groundwater aerator design for the private housing industry. The new model of aerator is simple in design, and its effectiveness has been proven by field trials.

Scientists of South Ural State University Maksim Novoselov and Marina Belkanova patented a new useful model of a device for aeration and degassing of groundwater.

In some cases, groundwater contains a high concentration of suspended solids (iron and manganese), dissolved organic and inorganic impurities, and dissolved gases (including radon). Treatment of such waters to the required degree appears to be a very difficult task sometimes.

“Aeration is a process of saturating a liquid with air through special devices (aerators), by means of its forced supply with the help of a compressor. The groundwater aerator is intended for use in technological schemes for treating groundwater from dissolved gases (radon, carbon dioxide, hydrogen sulphide) and dissolved forms of iron and manganese contained in them. In addition, the device has a water capacity of 300-400 litres and can be used as a water storage tank and ensure uniform water supply for further treatment or to the consumer,” explains Marina Belkanova.

There are already many models of aerators on the market that perform roughly the same functions. However, all the models have certain disadvantages. The main of them are the insufficient degree of removal of gases from the water, the ineffective operation of the air supply system, the complexity of the design, as well as the bulky size and heavy weight for use in a private house. Such aerators are made in an artisanal way from available scrap components. The aerator design by our scientists has been developed for serial production at the Chelyabinsk enterprise OOO “MAPEKS-GRUPP”, which allows to offer the market an effective and convenient product at an affordable price. A license agreement has been signed between the enterprise and the university, and the production of a serial sample is already being prepared. 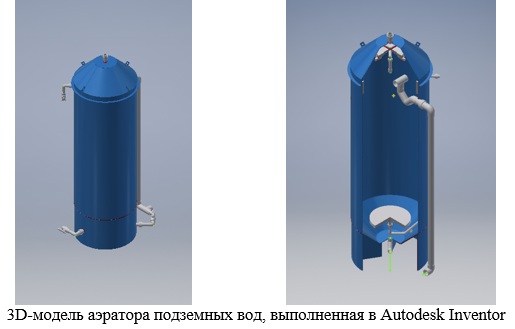 The aerator is a plastic column with a conical bottom with a capacity of 300 and 400 litres having a tight-fitting lid. The column diameter is of 600 and 550 mm, which ensures efficient treatment of water volume. The column capacity is the minimum required supply of water for own needs. The proposed design of the apparatus will be used in water treatment plants in private houses.

“The device provides three methods of physical removal of dissolved gases from water. First, by spraying water in the air under the column cover using a splitter. Second, by running down a thin film from top to bottom along the inner surface of the column, which is washed by a stream of air moving from bottom to top. Third, by the bubbling of the water volume with compressed air supplied to the lower part of the aerator. Each of these methods is linked to the water level in the column,” says Maksim Novoselov.

The device is designed to operate in water treatment technological schemes with a flow rate of up to 2.5 m3/h. This consumption does not, on average, exceed that required for the autonomous water supply of a cottage.

A development prototype of the proposed design for groundwater aeration was used in water treatment plants in cottages of the settlements in the Chelyabinsk Region. At the same time, a decrease in the concentration of Radon-222 was recorded three times after half an hour.