Hear and Be Heard: An Hour with the Rector to Be Held at SUSU 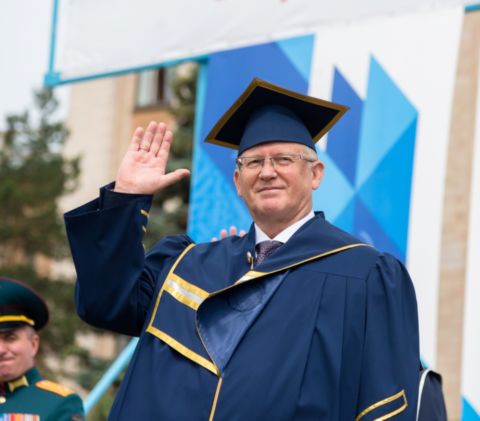 The long-awaited event "An Hour with the Rector" will take place at South Ural State University this Saturday, July 10th. Every year, as part of the Admissions Campaign, applicants and their parents, as well as pupils of the eleventh forms of secondary schools are invited to a meeting with the SUSU Rector Aleksandr Shestakov.

The university provides all the conditions for each student to be able to fulfil their potential in various directions. Aleksandr Shestakov will talk about the prospects for students' development in science, creativity, sports, volunteerism, internship opportunities abroad at SUSU partner universities, implementation of students' projects, extracurricular activities, summer recreation camps, and many other opportunities. For example, you can get a military ID card without interrupting your studies at SUSU. The Military Training Centre of South Ural State University is the only one in the region. It trains reserve officers, sergeants and soldiers in fifteen military training specialties.

Particular attention will be paid to such a group of applicants as high-scoring students. These are those with high Unified State Examination scores, as well as winners and prize-winners of the Olympiads of the Russian Rectors' Union and events included in the list of the Ministry of Education of the Russian Federation. For this category, the university provides additional opportunities: scholarships, elite education, and admission without exams.

The participants of the meeting will learn about which specialists are in demand today among employers around the world. Aleksandr Shestakov will announce the most in-demand majors and will talk about the possibilities of concluding contracts for employer-sponsored education.

The meeting with the Rector is always held in question-and-answer form. All participants of the event can ask their questions to the Rector, representatives of SUSU schools and institutes, Executive Secretary of the Admissions Committee Aleksandr Gubarev, Director of the Student Campus Liudmila Zadorina, and representatives of the SUSU Military Training Centre, who will also be present at the event together with the Rector.

After the end of the meeting, applicants and their parents will have the opportunity to talk with directors of SUSU schools and institutes, take a tour around academic buildings, visit laboratories and research and education centres. And throughout July, the university will host foresight sessions at the premises of SUSU schools and institutes, during which applicants and their parents will be able to learn about the specifics of teaching students in specific fields.

The "Hour with the Rector" will take place in the SUSU Assembly Hall 2nd floor of SUSU Main Building, 76 Lenin Prospekt, on July 10th at 12:00. 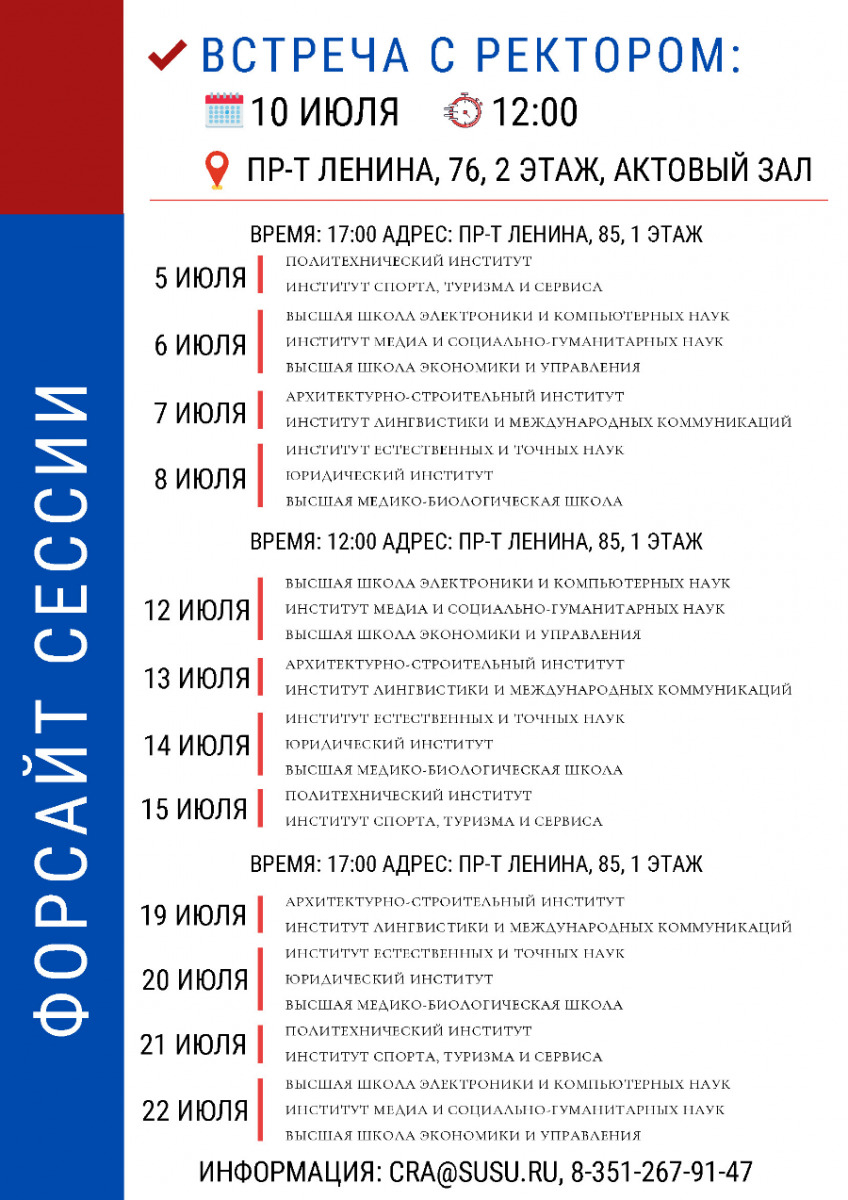