Attendees of the SUSU Military Training Centre Took the Oath 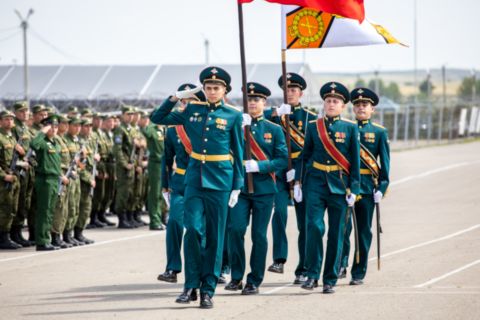 On June 26th, during a military training session in the Chebarkul garrison, 370 attendees of the Military Training Centre of South Ural State University took the oath and solemnly swore allegiance to their Fatherland.

Traditionally, the event was attended by SUSU Rector Aleksandr Shestakov, Head of the Military Training Centre Colonel Nikolai Karpov, the command of the military unit, as well as relatives and friends of the attendees.

Aleksandr Shestakov congratulated the students on this remarkable event and spoke on why it is important for a man to take the oath:

“People who undergo the ritual of taking the military oath officially become defenders of the Fatherland. This is important because they will be responsible not only for themselves and their families, but also for their country.” 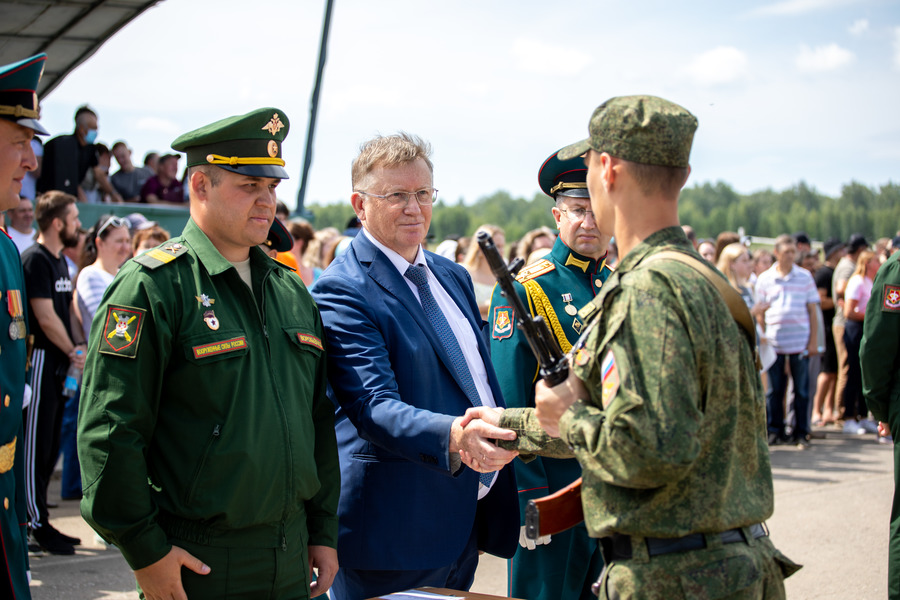 For the attendees of the Military Training Centre it is a very special day which they will remember as one of the most significant moments in life.

Aleksey Sukhopleska shared on his training process at the Department of Communications:

“We were taught how to work with radio stations, and lay wire communications in the field. A lot of attention was also paid to learning and decoding Morse code. Our last exam we passed in the form of transmitting classified messages.”

At the end of the event, a solemn march and a meeting of the Military Training Centre attendees with their parents and friends took place. 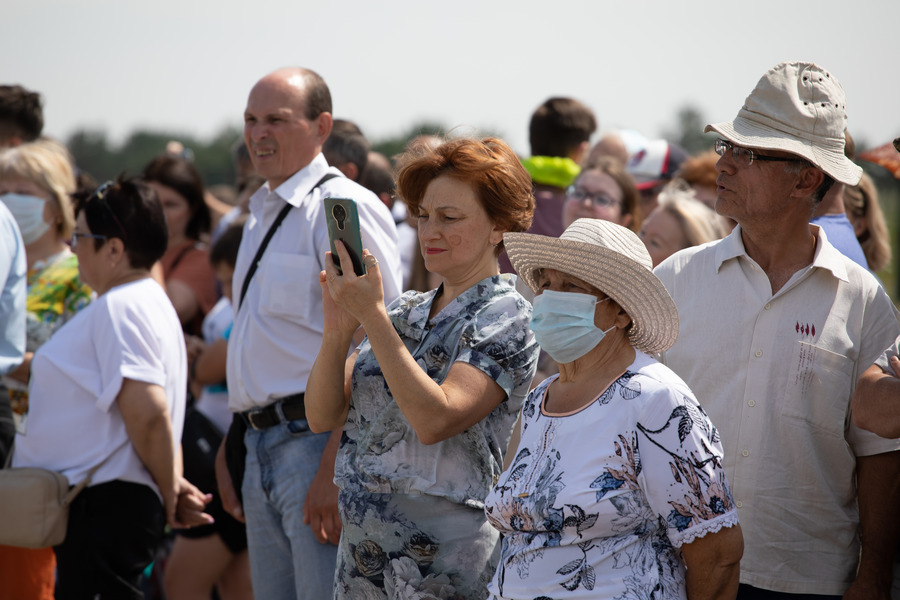 The Military Training Centre of South Ural State University is the only one in the Chelyabinsk Region and traces its history back to 1944, when a department of military training was created at the university. Today, the centre trains specialists for the signal troops, the state secret protection service of the Russian Armed Forces, as well as specialists for the tank forces, missile forces and artillery. The training is organized in three main programmes: reserve officers, sergeants and soldiers. You can find more information about the Military Training Centre on the website, as well as in the Vkontakte community.