Implementation of Schoolchildren Project Activities at the Faculty of Aerospace Engineering 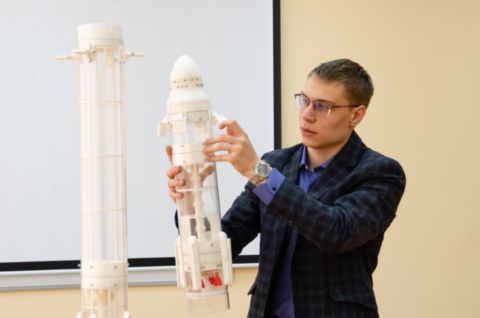 Designing a lander or engineering a reusable launch vehicle: here is an account of what were tasks set before the Faculty of Aerospace Engineering, and what successes the participants in the “Sirius. Summer: Start Your Project” program achieved.

The Faculty of Aerospace Engineering took part in the “Sirius. Summer: Start Your Project” program. Two projects were announced: “Designing a lander on a low-gravity field”, and “Designing a reusable ultralight launch vehicle (LV)”. Ruslan Peshkov, Associate Professor of the Department of Aircrafts, became the project manager. 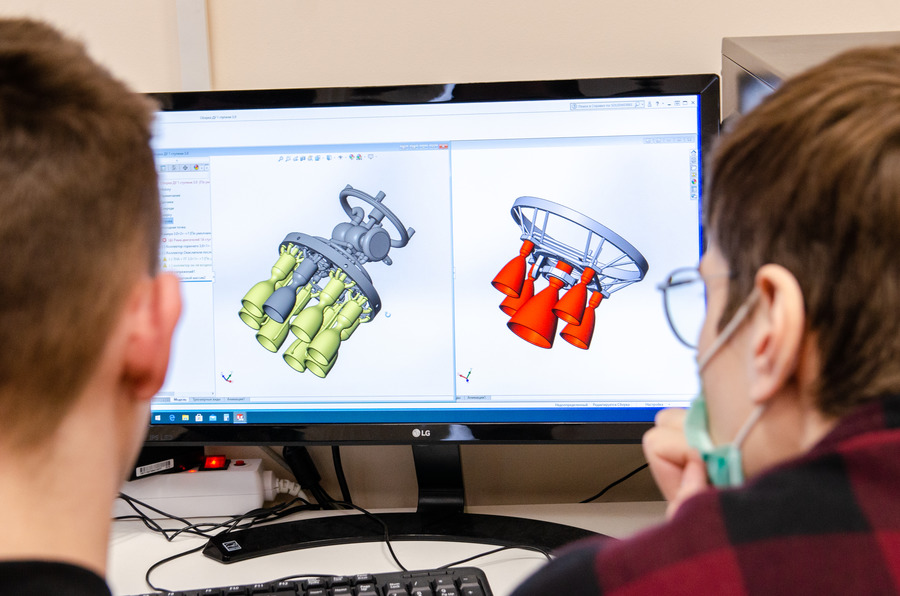 The participants, schoolchildren of the 7th-11th forms of the city of Chelyabinsk and the region, were asked to develop a model of a lander or a reusable ultralight launch vehicle, namely: electronic system, power supply system and other subsystems.

The project mentors were 3rd-5th-year students of the Faculty of Aerospace Engineering of the Asteroid Student Design Bureau.

Distance learning began in November 2020. Lectures and seminars were held for schoolchildren, and in December 2020 schoolchildren visited SUSU. They visited the laboratories of the faculty, and also visited the Rocket and Space Technology Educational Centre. Every Saturday, employees and teachers of the Faculty of Aerospace Engineering took classes with the children. They tested the shell as a prototype of the compartment hull of the projected launch vehicle, in the Scientific and Educational Centre Experimental Mechanics; in the Experimental Research and Testing of Aircraft Engines laboratory they launched the low-thrust liquid-propellant rocket engine in various modes; in the Laboratory of Thermal and Hydro-Gas-Dynamic Processes they studied the operation of the nozzles of the rocket engine with the help of the Education and Research Complex of Spray Devices for Liquid-Propellant Engines; and so on.

After theoretical and practical lessons, schoolchildren, together with the leader and mentors, prepared projects for the “Big Challenges” competition. At the stage of the regional competition, 11 projects, both individual and group ones, were presented from the Faculty of Aerospace Engineering:

1. Within the group project “Design of lander on bodies with a low gravitational field”, three projects have been prepared:

- the appearance of the lander and its composition (V.A. Pashkov, the 9th form);

- analysis of the influence of engine operation on loads (S.M. Safronov, the 8th form);

- calculations by means of numerical modelling and experiment on the choice of the material (D.V. Shemyakov, the 11th form).

2. Within the group project “Design of a reusable ultralight launch vehicle (LV)", three projects have been prepared:

- the appearance of the launch vehicle and its composition (I.A. Mekshun, the 8th form);

3. Within the group project “Creation of a methodology and program for determining the critical force of axial compression of the tail sections of a launch vehicle of various configurations”, three projects have been prepared:

- development of a program to study the carrying capacity of the tail section of an ultralight launch vehicle (A.S. Efimov, the 10th form);

- carrying out experimental studies of loading by the force of axial compression of tail compartments of various configurations (E.A. Stolbov, the 10th form);

- carrying out numerical modelling of loading by the force of axial compression of the tail compartments of various configurations (E.V. Tsyuprik, the 10th form).

4. Individual project: “Design of a spacecraft device for landing on bodies with a low gravitational field” (A.A. Dongauzer, the 8th form).

5. Individual project: “Analysis of the influence of design parameters on the geometric characteristics of modern launch vehicles” (K.D. Belykh, the 7th form).

A test of the skills of creating a 3D model was the manufacture of structural elements for the models of the launch vehicle and the landing module using a 3D printer.

The final stage of the regional competition took place March 22, 2021 through March 28, 2021 in the form of full-time individual defence of each of the projects. The works were evaluated by independent experts from the Chelyabinsk Region (Kurchatov Centre). 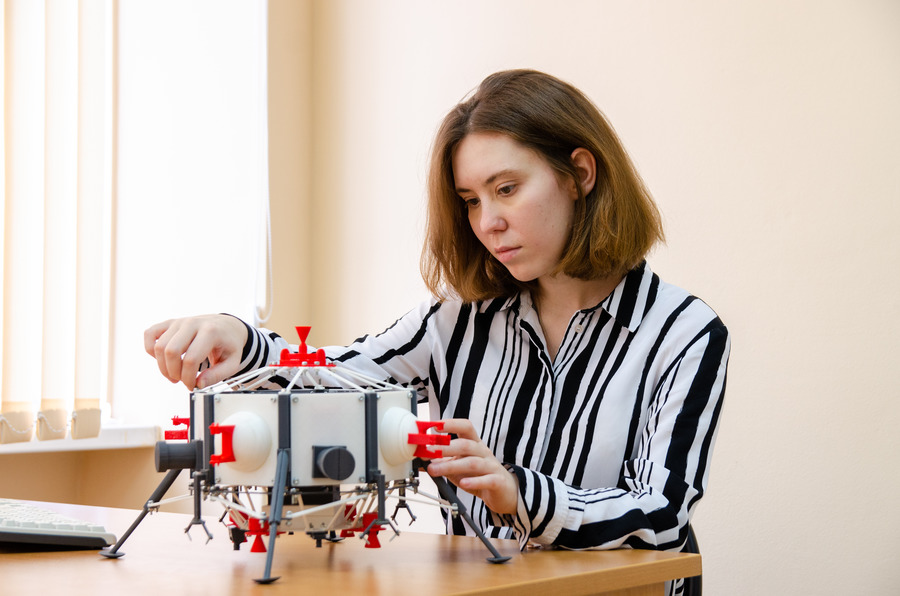 Four works of schoolchildren made it to the final stage (federal level). The stage took place April 10, 2021 through May 15, 2021 and consisted of three rounds (1 - computer testing, 2 - an essay on the proposed topic, 3 - an interview with experts). After each of the rounds there the elimination took place. The award for the winners is participation in the scientific and technological project program “Big Challenges-2021”, which will be held at the Sirius Education Centre in Sochi on July 5-28, 2021.

According to the results of the competition and taking into account academic achievements, I.A. Mekshun, who will be the only representative of the Chelyabinsk Region in this field, has been included in the final list of participants in the project program in “Space Technologies”.

Thus, the Faculty of Aerospace Engineering is actively working to identify talented school youth and expand the university enrolment base through the participation of the most talented schoolchildren in project activities.