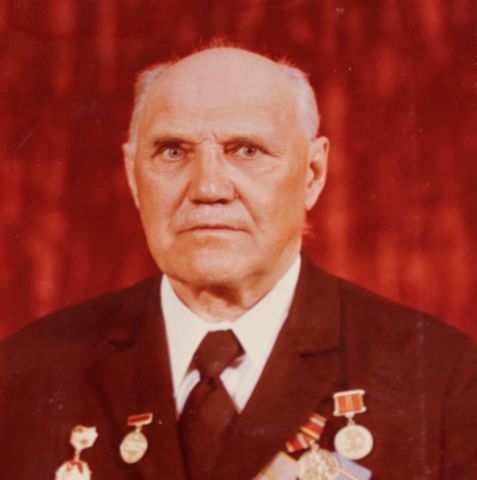 Vasily Gertsev was born in the town of Sorochinsk, Orenburg Region, on March 26, 1907. Early in 1922, when a severe famine raged in Orenburg, the Gertsevs moved to Tashkent. Vasily Gertsev began working on the construction of Turksib and studied at a railway technical school and a party school.

In 1929 he was drafted into the Red Army and sent to study at a special military school, and then to the Ural Construction Institute. After graduation, Vasily Gertsev worked on the construction of blast furnace No. 3 in Magnitogorsk. Then he studied at the Military Engineering Academy. After that he worked on strengthening the defence line of Leningrad and took part in the war with Finland. He commanded a battalion in the Kandalaksha direction, and was awarded the first order ‑ the Order of the Red Star.

The Great Patriotic War found him building fortifications in Lithuania. During the withdrawal of our troops, he led the task force of the North-Western Front for the destruction of military facilities from Lithuania to Novgorod. Then he commanded a sapper battalion, was wounded; after recovery, he was appointed chief of staff of the engineer brigade. The brigade consisted entirely of Leningrad student volunteers. They fought with the enemy, built defensive lines, engineering barriers, and mined roads behind the enemy lines. Fierce bloody battles took place near Staraya Russa, the brigade was losing about 100 people killed and up to 200 wounded every day. But even with such losses, the brigade mined 140 kilometres daily. Near Shaimsk, which was close to Novgorod, special high-explosive mines were laid along the highway and, on a special signal, they undermined fascist equipment.

At the end of the war, Gertsev was wounded and seriously shell-shocked. He celebrated the Victory Day in a hospital in Kazan. After the hospital he was sent as a teacher to the Military Academy, and graduated after the postgraduate studies there. Vasily Gertsev completed his service as the head of the construction department of the Navy in 1956 with the rank of colonel-engineer.

For 35 years Gertsev worked in the Chelyabinsk Polytechnic Institute (CPI) at the Department of Construction Production Technology, and headed it. Under his supervision, 13 postgraduate students defended their theses. The homeland highly appreciated the military and labour path of Vasily Gertsev and awarded him with 18 awards: the Order of Lenin, the Order of the Red Banner, the Order of the Patriotic War, two Orders of the Red Star, and 16 medals.

Vasily Gertsev passed away at the age of 98.