In Memory of the Great Patriotic War: Medicine in Chelyabinsk and History of Russian Neuropsychology The further the years of the Great Patriotic War are from us, the more valuable these or those little-known facts become for us. In those years, the whole country knew about Tankograd - a city somewhere in the Urals, where workers forged the “weapon of Victory”, the famous T-34 tanks, day and night. And since then, they have traditionally believed that our city and region during the war years (and after it) is primarily the production of weapons and steel.

In the history of the Great Patriotic War, there is another infrequently mentioned contribution of our region to the Great Victory: many hospitals were deployed on its territory, located in various places. The richest and most beautiful nature of our South Urals, the classic healing climate of the mining-plant zone and the existing network of year-round health centres that were available by that time led to the fact that there, as it was then believed, in the “deep rear” numerous medical institutions began to appear, in which seriously injured and wounded soldiers and commanders of the Red Army received treatment. Therefore, in the health centre of Kisegach, located in one of the most beautiful places in the mountainous and lakeside zone of the South Urals, an evacuation hospital No. 3120 was opened for seriously wounded servicemen. The specific character of the evacuation hospital was its “profile” - wounds and combat traumas with brain damage. And today such medical institutions can be literally counted by the piece.

But that was not the only thing that the neurosurgical hospital in Kisegach became famous for. During the war, not only factories, plants and just refugees were evacuated to the east from the centre of the country, but many medical workers as well who were needed both at the front and in the rear, and were engaged in their direct business - restoring the health and fighting efficiency of soldiers and officers of the Red Army. One of them was a Soviet psychologist and neuropathologist known throughout the country, Alexander Luria. In the history of psychology, Alexander Luria occupies one of the most important places and is better known as one of the collaborators and associates of L.S. Vygotsky, and as the founder of the Soviet school of neuropsychology, which is still recognized and revered throughout the world. 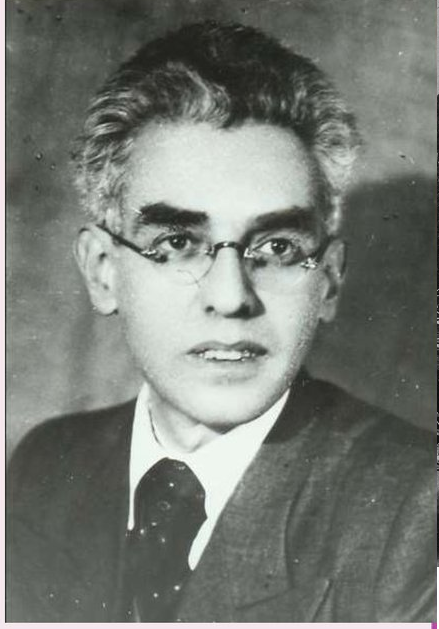 In biographical, autobiographical editions and publications of Alexander Luria's colleagues it is mentioned that in August 1941 he was appointed head of a large neurosurgical evacuation hospital No. 3120, in which 400-500 seriously wounded people could receive medical care at the same time, who had mainly gunshot wounds to the head or various consequences of neurotraumas (usually of an explosive and artillery nature). Together with him, about 30 of his closest associates came to Kisegach, today known as the founders of various areas of Russian psychology and clinical psychology: F.V. Bassin, S.G. Gellerstein, B.V. Zeigarnik, A.V. Zaporozhets, S.Ya. Rubinstein and others. During that historical period, under the supervision of Alexander Luria, not only effective medical neurosurgical and neurological care was organized, but also numerous scientific studies were carried out, which laid the foundation for modern neuropsychology and neuropsychological diagnostics. During those years, Bluma Zeigarnik, the closest assistant and colleague of Alexander Luria, laid the foundations of experimental pathopsychology in Kisegach. During the same period, the practice of rehabilitation of patients with wounds and injuries of the head and brain was developed and clinically tested. In particular, an innovative system for the rehabilitation of the wounded through occupational therapy was proposed. Such a system gave good results, and already at the end of 1942 A.V. Zaporozhets, another assistant and colleague of A.R. Luria moved to supervise the work of another medical institution of a similar profile - an experimental hospital for the restoration of movements, located in the neighbouring Sverdlovsk region. The work of A.R. Luria in Kisegach lasted until the end of 1944, when he returned to Moscow to work at the Institute of Neurosurgery of the USSR Academy of Medical Sciences named after N.N.Burdenko. For his work during the Great Patriotic War, scientific and practical work during the war, A.R. Luria was awarded the Order of the Red Banner of Labour. 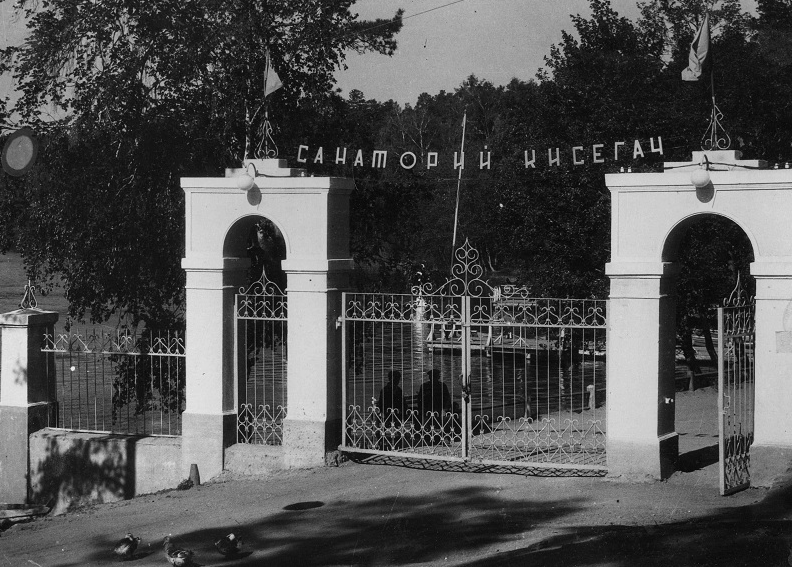 In memory of that event, during the period of the First International Conference on Psychodiagnostics at the Faculty of Psychology of South Ural State University in 2004, at the initiative of the SUSU Department of Clinical Psychology, a large white marble plaque with the profile of A.R. Luria was opened. A distinctive feature of this plaque is that it is an exact but enlarged copy of another plaque located at the Faculty of Psychology of Lomonosov Moscow State University near the office in which Alexander Luria himself worked for many years. 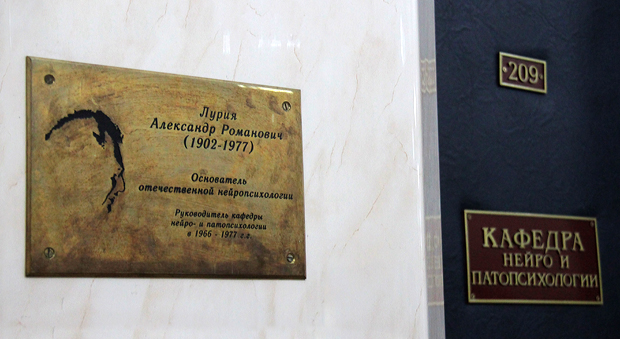 This continuity in the similarity of plaques was noted by many colleagues from Moscow State University, who then participated in the opening of the memorial sign in Kisegach, and some of them then shared their memories of what and how Alexander Luria told about the important period in his life during the Great Patriotic War.

And so it happened that the “stronghold of the state”, known throughout the country, also became the mainstay of our school of patho- and neuropsychology.

M.А. Berebin, Department of Clinical Psychology of the SUSU School of Medical Biology