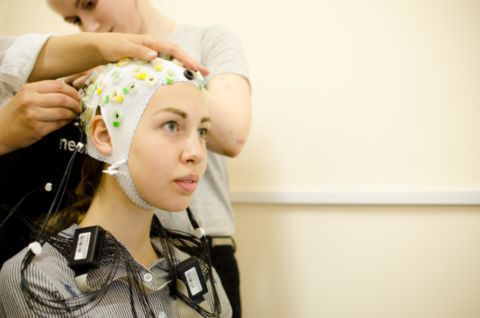 Scientists at SUSU have learned to determine the levels of verbal and non-verbal intelligence by the results of an electroencephalogram (EEG). SUSU scientists have noted a correlation between the level of intelligence and the organization of connections in the brain, which can be traced by recording EEG at rest. The results of the study, supported by a grant from the Russian Science Foundation, are published in the journal Brain Science (Q2).

In the future it will be possible to determine the level of verbal and non-verbal intelligence without taking any tests. Electroencephalogram data, which will provide accurate information about a person's abilities, will suffice. Scientists from South Ural State University are now working on this task with their colleagues from the Psychological Institute of the Russian Academy of Education (RAE).

Researchers noted that EEG results demonstrate the organization of connectivity between different areas of the brain, which in turn provides information on the level of intelligence— the verbal (the ability to operate verbal material) or non-verbal one (the ability to operate visual images and spatial representation). Scientists at the Molecular Genetic Studies of Health and Well-Being Laboratory of the SUSU School of Medical Biology (SMB) and the RAE Psychological Institute analyzed this connection for the first time, with the EEG being taken in the resting state. Confirmation of their hypothesis was a step towards the resolution of disputes in the scientific community on whether or not there is a correlation between the functional connectivity of the brain and the level of intelligence. The promise of this research was noted by the Russian Foundation for Basic Research, which awarded a grant for the development of the idea.

The study was conducted jointly in two research centres; most of the data were obtained at SUSU. The sample consisted of data from 144 students aged 18 to 25, studying in different specialties.

"The participants of our study took intelligence tests, and then we recorded their EEGs. By applying mathematical methods, we analyzed the functional connectivity of the brain on the basis of EEG and confirmed that there is a connection between this aspect and intelligence, having compared the data with the test results," said Inna Feklicheva, Candidate of Sciences (Medicine), Head of the SUSU SMB Molecular Genetic Studies of Health and Well-Being Laboratory. 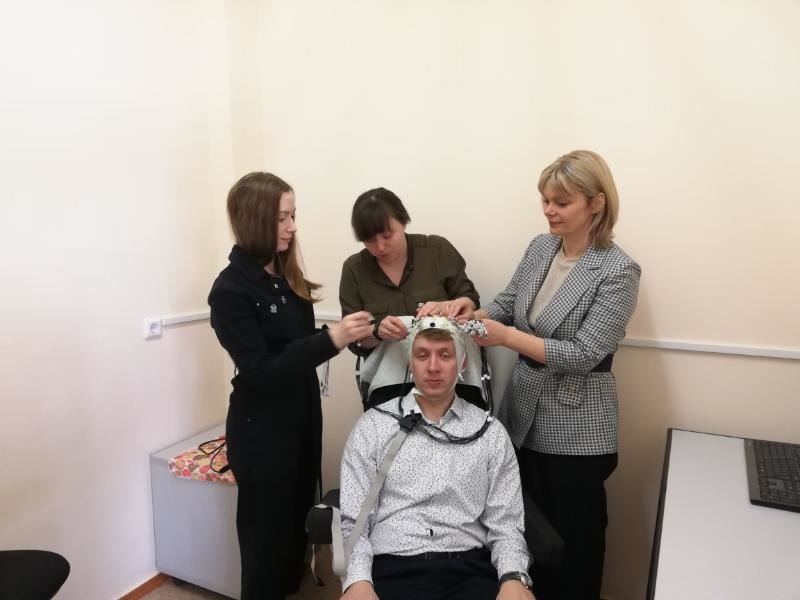 The results of this study bring scientists closer to an objective assessment of human intelligence. In addition, researchers are moving toward deciphering the neurophysiological mechanisms of individual differences in intelligence. According to Inna Feklicheva, understanding the basics of the function and interrelation of different regions of the brain at different moments of time or in a state of calm wakefulness can shed light on one of the fundamental problems and mysteries of humanity— the correlation between the physical (body) and mental (mind) in a person.

Today, these results are being processed by researchers; in the future, artificial intelligence will be trained to do this. This work is already being completed with the Department of System Programming of the SUSU Institute of Natural Sciences and Mathematics, but more data is needed for the neural network to operate correctly.

In addition, the researchers plan to study cognitive longevity. To find out exactly how cognitive functions are preserved over time, people aged 45 to 60+ will be recruited as study participants.

A candidate of sciences thesis on emotional intelligence is being prepared at the Molecular Genetic Studies of Health and Well-Being Laboratory. This is an important component of soft skills: researchers will have to find out what individual differences the human brain shows in this parameter. An application for a grant from the Russian Science Foundation for young scientists has been submitted on this topic.