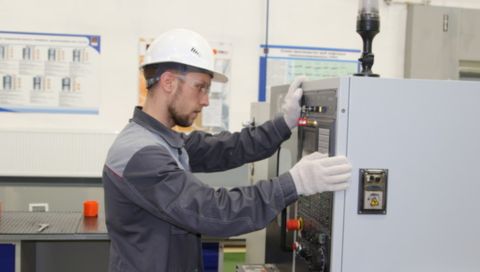 Eight new participants have entered the Ural Interregional Research and Education Centre for Advanced Industrial Technologies and Materials. This decision has been approved at a meeting of the Supervisory Board of the centre, which took place on March 18 under the chairmanship of the plenipotentiary representative of the President of Russia in the Urals Federal District, Vladimir Yakushev.

“The Research and Education Centre is a partnership of a special kind, which is aimed at integrating the capabilities of universities and science for the technological development of business,” noted Vladimir Yakushev. “These are opportunities for a qualitative transition of the project to the real sector of the economy: the implementation of an algorithm in which potential customers of REC research projects - investors - invest in the development of technology, which then develops into real production, for example, in a specific plant for the production of new high-tech materials”.

In his turn, the governor of the Sverdlovsk region Yevgeny Kuyvashev said that the region attached great importance to the creation of the UIREC.

“We consider the Ural REC one of the real mechanisms for achieving science and technology progress, strengthening the connection between science, education and production. The region is ready to continue to provide the necessary support to the work of the centre, and on the whole we positively assess the starting period of its work,” emphasized the governor.

The number of new participants from the Sverdlovsk Region included the Centre for Innovative Development of STM, Kirovograd Hard Alloys Plant, Kamensk Uralsky Metallurgical Works, Advance Engineering and POZ-Progress, from the Chelyabinsk Region - the Ural Engineering Centre and the Metkom company, and from the Kurgan Region - Kurgan Road Machinery Plant.

The enterprises will implement new projects of the Ural REC or develop the existing ones. We are talking about the development of municipal and construction equipment, high-speed rolling stock and urban transport, products for the aviation industry, new technologies for the production of metal powders, the technology of applying chrome plating on titanium parts and a number of other projects aimed at industrial implementation.

“We are glad that the Ural REC is developing and is regularly replenished with new participants who are interested in introducing advanced technologies,” says Rector of the Ural Federal University Viktor Koksharov. “Their projects correspond to the chosen areas of the centre and, of course, will become the drivers of the development of the Urals economy. It is important that enterprises are ready to invest in the implementation of these projects. They will also be able to receive additional support from the regional governments, which allocate appropriate funds”.

At the meeting of the REC Supervisory Board, the key results of its work in 2020 were announced. Thus, the participating companies of the centre invested about 2.7 billion roubles in the implementation of technological projects during the year, including 2.29 billion from extra-budgetary sources, 292 million from the federal budget and 121 million from regional funds. The Sverdlovsk and Chelyabinsk regions have allocated 100 million and 70 million roubles as measures of direct support for REC projects respectively. Most of the funds will go to implement projects in 2021.

The amount of work and services performed by the participants of the centre, completed with the manufacture, preliminary and acceptance tests of the prototype, amounted to about 5 billion roubles per year. The share of new and improved high-tech products in the total volume of shipped products is also quite noticeable - 30.7% (as a whole in the Ural Federal District this figure has not exceeded 6-7% in recent years). The number of new high-tech jobs created in 2020 is 467. The number of patents for inventions from the participants of the centre has reached 204.

In total, the Ural REC (including new participants) includes 66 organizations - 9 universities, 10 scientific organizations and 47 industrial partners. The portfolio of the centre includes 48 projects.

The Ural Interregional Research and Education Centre for Advanced Industrial Technologies and Materials was created within the framework of the national project “Science” to carry out applied scientific research and development of the world level. The centre participates in obtaining competitive technologies and products, their commercialization, as well as personnel training. The leading universities of the Sverdlovsk, Chelyabinsk and Kurgan regions - UrFU, SUSU and KSU - take an active part in the development of the UIREC.