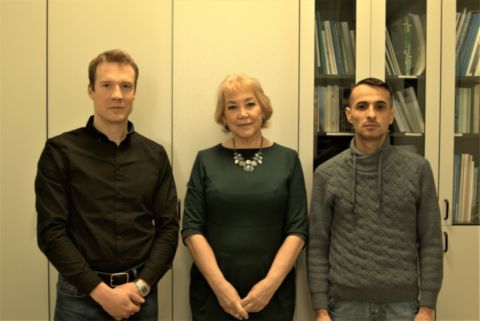 Scientists of South Ural State University have developed and patented a new type of holographic film to protect solar panels from overheating in terms of hot climate. The patent for a utility was granted last year after a series of scientific publications and experiments.

Solar Energy – A Step into the Future

The use of solar energy is an environmentally friendly alternative to traditional fossil fuels, that is why the need for devices which can convert solar energy into electricity has grown significantly recently. The example of such devices are photovoltaic cells. Various types of photovoltaic devices have already been developed, but the efficiency of photoelectric conversion still needs to be improved, and therefore the creation of methods for increasing their efficiency is a priority task for many researchers.

Young scientists Ilkhom Makhsumov and Evgeniy Sirotkin, supervised by Doctor of Sciences (Engineering), Professor of the Department of Electric Power Generation Stations, Networks and Supply Systems of the SUSU Institute of Engineering and Technology Irina Kirpichnikova, have created a holographic film that will increase working efficiency of photovoltaic systems in terms of hot climate. This effect is achieved by protecting solar modules from overheating and increasing the generated energy with the help of increasing the concentration of sunlight. 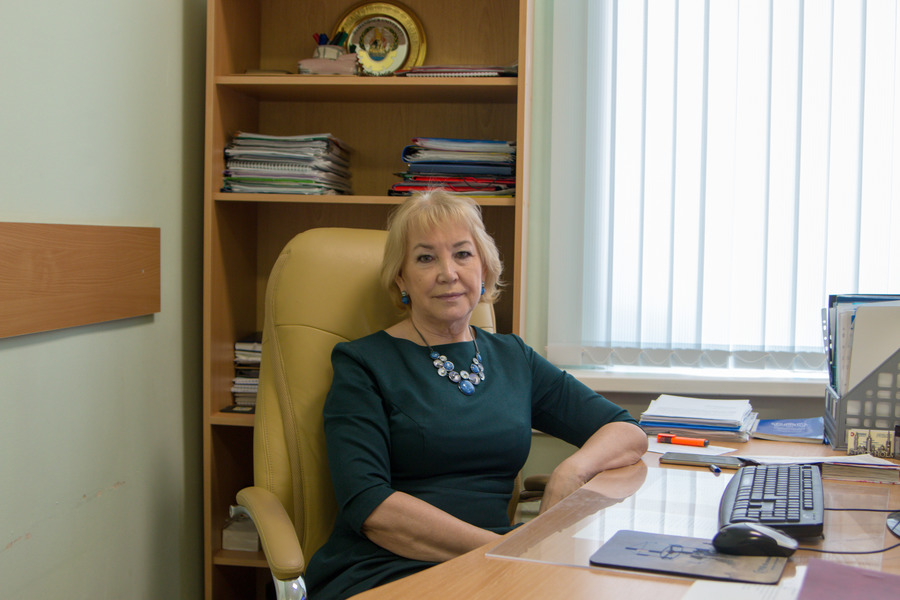 Most photovoltaic modules are designed in such a way that they work most efficiently under standard test conditions, that is, at an illumination of 1000 W/m2 and an air temperature of + 25°C. However, in the open air under actual operating conditions, the module tends to operate at a higher temperature, resulting in reduced power generation and reduced service life.

“The holographic film based on prismatic concentrators (prismacons) made of a transparent material contains holographic lenses of infinitely small dimensions. From above it is covered with an ultra-thin layer of sputtering of rare earth metals. This layer reflects infrared radiation and transmits visible radiation. The internal structure of the holographic film is made in the form of miniature pyramids - prismatic concentrators able to effectively capture light rays and, due to their multiple reflection inside the prisms, concentrate on the surface of the solar module. This solution increases the efficiency of solar modules even in cloudy weather,” says Irina Kirpichnikova.

New Solution Will Increase the Efficiency of Solar Panels

The working principle of a holographic film lies in the fact that the rays of sun hit the surface of the module, while part of the spectrum (infrared rays) is reflected from the metallized top layer of the film, preventing the module from overheating. The visible part of the solar radiation spectrum hits the pyramidal structure of the concentrators, and, being repeatedly refracted in them, due to internal reflection, concentrates on the solar cell, regardless of the angle of incidence of the rays on the solar module.

This film can be applied on any organic and inorganic photovoltaic cells, on photovoltaic panels, solar thermal panels, on light sources and on reflective materials used on road signs. In addition, it allows to obtain a large number of variations in the direction of the light rays, which often cannot be obtained in any other way.

Such a simple and economical solution allows to increase the generation of electricity using solar module, prevents it from overheating, breaking down, and generally contributes to an increase in its working efficiency.

South Ural State University (SUSU) is a university of digital transformations, where innovative research is conducted in most of the priority areas of development of science and technology. In accordance with the strategy of scientific and technological development of the Russian Federation, the university is focused on elaborating major scientific interdisciplinary projects in the field of digital industry, materials science and ecology. In the Year of Science and Technology, SUSU will take part in the Priority-2030 program contest. The university also acts as a regional project office of the World-class Ural Interregional Research and Education Centre (UIREC).