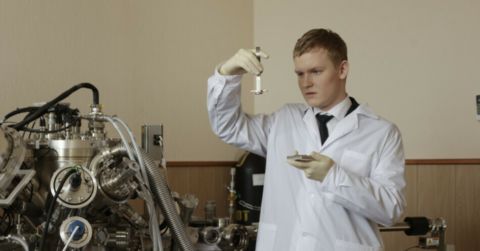 A presentation of the World-class Ural Interregional Research and Education Centre for Advanced Industrial Technologies and Materials (UIREC) to general and honorary consuls of foreign states, and employees of diplomatic missions located on the territory of the Russian Federation will be held via videoconferencing on March 1 at 14:00.

The Ural Interregional Research and Education Centre for Advanced Industrial Technologies and Materials, created under the "Science" National Project, unites the potentials of educational and scientific organisations, enterprises and companies of the real sector of the economy of the Sverdlovsk, Chelyabinsk and Kurgan regions in carrying out applied world-class scientific research and development, obtaining competitive technologies and products and their subsequent commercialization, as well as training personnel for solving scientific and technological problems with the aim of breakthrough development in priority fields and increasing the competitiveness of the economies of the entities within the Centre's coverage.

In 2020, the UIREC became one of the winners of the federal competition, and as one of the best it received a federal status and additional funding for projects. The Ural REC includes the most authoritative universities of the Ural Federal District: