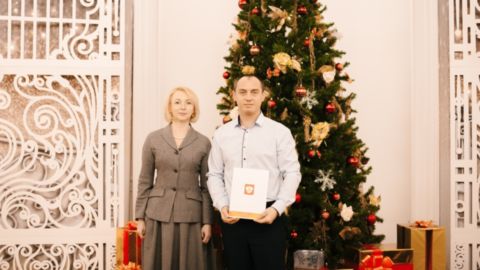 Last week, First Deputy Governor of the Chelyabinsk Region Irina Gekht awarded the volunteers who took part in the #МыВместе (WeAreTogether) Volunteering Campaign. Among them was Vladimir Bunetskii, an employee of the Campus of South Ural State University. In a solemn atmosphere, he was awarded a certificate and a commemorative medal "For Self-giving Contribution to the Organization of the All-Russian Volunteering Campaign #МыВместе (WeAreTogether)".

"When I found out that I would be awarded, I was very surprised. It is pleasant that my small contribution to giving a hand to people in need was appreciated at such a high level. After such appreciation, I want to help even more," says Vladimir Bunetskii.

The #МыВместе Campaign is aimed at supporting the elderly, people with restricted mobility, and medical staff. Volunteers deliver medicines and foodstuffs. Lawyers and psychologists provide free consultations, and thousands of campaign partners provide their services and goods. 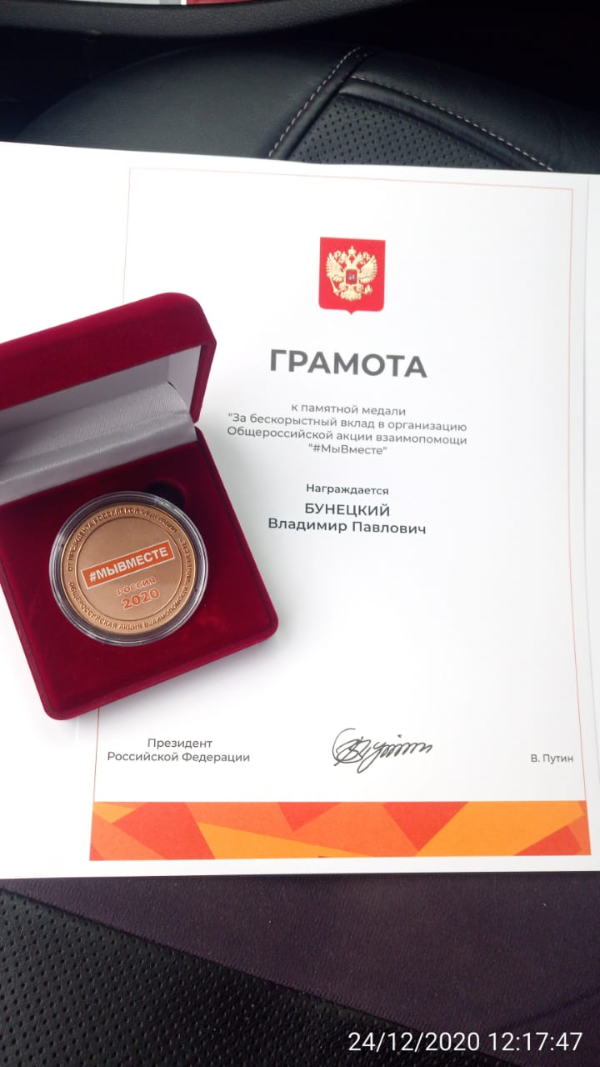