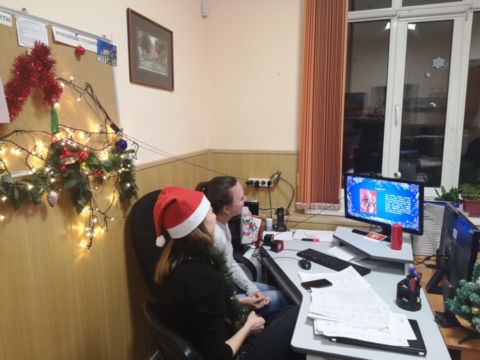 On December 22th, a meeting was held at South Ural State University, where the problems of the BRICS countries and issues of their interaction with international partners were discussed. The meeting involved three committees, who considered international cooperation in health care, education and economy, the impact of the COVID-19 coronavirus pandemic on these fields, and future prospects.

For four hours, the participants had the opportunity not only to discuss prepared resolutions adopted on the conference sections under the guidance of professors from universities of the USA, South Africa, and the Russian Federation, acting as experts, but also to feel the spirit of Christmas at the virtual New Year's Eve party organized by the Centre for International Education of the Institute of Linguistics and International Communication.

SUSU Vice-Rector for Academic Affairs Andrey Radionov delivered a speech at the opening ceremony of the event. He greeted the participants, wished the committees productive work and expressed hope for fruitful cooperation between the universities that provided their delegates. In total, 40 participants from 8 countries and 10 universities (Russia, South Africa, Brazil, China, India, Turkey, USA, and Italy) took part in the event. SUSU was represented by first-year students majoring in International Relations at the Department of International Relations, Political Science and Regional Studies. Here is what one of the participants, Valerii Grishmanovskii, said:

"Two of my classmates and me were the members of the Committee for Cooperation in Education. I think I was lucky. As a student, I can say quite a lot about virtual education, which has become the main topic of discussion. There were two stages of the project: first, all committees had to prepare resolutions, formulated on the basis of discussions on predetermined topics; and at the meeting itself, we presented our resolution to the expert, discussed it with him, made some amendments and voted for the final version. The preliminary work included 6 sessions, searching for information on the issues on the agenda of our committee, analyzing the best practices and the overall position of our country, discussing them with participants from other countries, and discussing initiatives. In our case, the most active delegates were a student from the Federal University of Bahia, Brazil, students from the University of Siena, Italy, and our students.

As a result of the preliminary meetings, we developed a 12-page document, structured in the spirit of UN resolutions and containing a number of proposals on sustainable development in education in the post-COVID-19 era. The meeting of our committee during the simulation was moderated by a Professor from South Africa, Director of the Office of International Cooperation at the University of the Western Cape, Dr. Umesh Bava. In general, it seems to me that this experience was very useful: firstly, it is the real experience for a student majoring in International Relations who represents his country at a multinational forum; secondly, the practice of English; third, new friends and new perspectives. I hope that one day I will be able to meet with the guys from our Committee outside the virtual space." 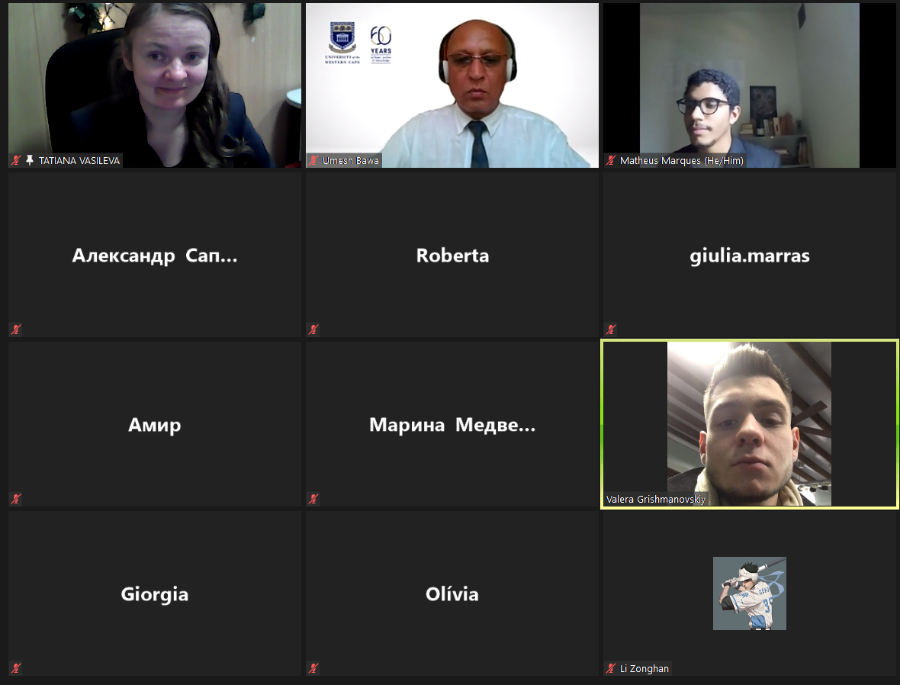 The experts praised the participants of the event. Thus, after the session, Professor Bava wrote: "Very impressive guys. I am sure that someday we will be proud of them." Professor P. Gantasala, an economist from the New York Institute of Technology, noted that students do care for the economic development of modern society.

Events of this format allow expanding and strengthening international cooperation between universities. They also provide an opportunity for students to immerse themselves in an atmosphere of international debates, create a teamwork experience in the process of creating a resolution, help revive ideas, and open up new perspectives.