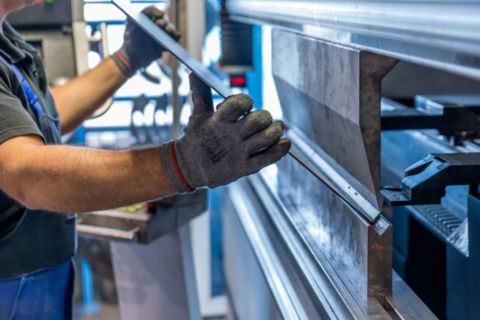 Scientists of South Ural State University, based on their research, have developed and patented new austenitic corrosion-resistant steel with nitrogen. The study was published in the highly-rated scientific journal Ferrous Metals (second quartile).

A graduate of the Department of Metallurgy Alexander Maznichevsky, together with D.Sc., Professor of the Department of Materials Science, Physical and Chemical Properties of Materials, Yuri Goikhenberg, continued the research of nitrogen steels resistant to corrosion and stress corrosion cracking. The work aimed to study the effect of silicon, nitrogen, boron, and rare earth metals on the technological plasticity and corrosion resistance of chromium-nickel stainless steels of the austenitic class. The young scientist comprehensively researched and patented a new nitrogen-containing chromium-nickel non-magnetic corrosion-resistant steel.

“Currently, many countries continue to produce a new class of nitrogenous stainless steels. One of its main advantages is higher strength in comparison with traditional counterparts. We found that the introduction of 1% of cheap nitrogen extracted from the air has the same effect on the corrosion resistance of steel as 30% of the chromium obtained from unsustainable development of natural deposits”, - Yuri Goikhenberg says.

Smelting of the developed steel and basic research were carried out in the Lasmet LLC, established by the Research Institute of Metallurgy, where Alexander Maznichevsky works as a leading researcher.

Variety of applications and the prospects of large-scale production

The scope of application of nitrogen-containing steels is numerous by now. They are used for foreign oil and gas production equipment, steam and gas turbines, telemetry devices, and deep geological pipes. Wear-resistant non-magnetic steels are used for the production of railway wheels and for fastening nuclear reactors. They are used as corrosion- and wear-resistant materials for processing raw materials in many industries. Besides, they are used as materials in dentistry and medicine, in aviation.

“We developed and patented a new technology for manufacturing nitrogen-containing corrosion-resistant steel using smelting in an open induction furnace. Mechanical properties were measured and an estimated calculation carried out, confirming that this nitrogen steel in terms of permissible stresses at temperatures up to 700 ° C is 60-80% higher than the serial nitrogen-free steel produced on metallurgical plants. This reduces by 35-40% the volume of expensive metal from nitrogen steel products while maintaining their performance at the same level”, - Professor Goichenberg explains.

To improve the technological plasticity, the scientists propose microalloying of nitrogen steel with boron, cerium, or yttrium, which reduces the amount of work to eliminate the surface defects.

The scientists proposed experimental nitrogen steel as a substitute for current corrosion-resistant steels. The new steel was tested in the form of long and profile rolled products for the own needs of the Lasmet LLC enterprise. Scientists recommend using the new steel in the nuclear and chemical industries.

SUSU is a member of the 5-100 Project, which aims to enhance the competitiveness of Russian universities among the leading research and educational centers.

Research in the field of new technologies is among the priorities of the Ural Interregional Scientific and Educational Center "Advanced Manufacturing Technologies and Materials". It was created by UrFU, SUSU, other regional higher educational institutions, the Ural Branch of the Russian Academy of Sciences, and industrial corporations of Chelyabinsk, Sverdlovsk, and Kurgan regions.