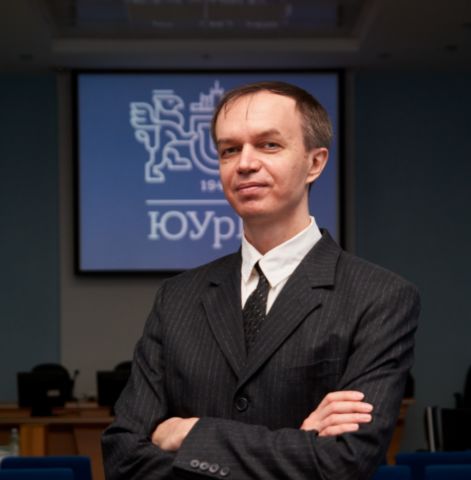 The chronicle of current events of the Department of Russian and International History of the Institute of Media, Social Sciences and Humanities of South Ural State University has been supplemented by an important event: an assistant Pavel Komlev has defended his thesis of a Candidate of Sciences.

- Please, tell us about the relevance of your research?

- My scientific interest was attracted by the identification of the specifics of the development of intellectual potential in the system of higher education in the Ural region in the 1970s – 1980s. The experience of the world leading countries shows that the intellectualization of labour is a factor in the dynamics of post-industrial society. The efficiency of using the potential of higher education increases due to the optimization of resources in the education system, as well as interaction with the regional economy. The relevance of these trends is still preserved in Russia, aimed at the transition to an innovative economy and an information society, in which science and technology, rather than production, take the leading role. For more than half a century, South Ural State University has been implementing these and many other modernization tasks in our country in practice.

An important role in my thesis is given to the topic of scientific schools of the Ural region's universities. According to the main parameters of the analysis of human resources among regional universities during the 1970-80s, the Chelyabinsk Polytechnic Institute (CPI) retained its leadership. That was the result of the state policy in the field of higher education, the purpose of which was to provide the defence complex and heavy industry with qualified specialists. Scientific schools of the CPI under the supervision of V.A. Kozheurov, V.N. Vydrin, M.M Shteinberg received recognition in the academic community of the USSR and abroad. V.N. Vydrin developed a new scientific field related to the creation of effective pressure treatment processes, including rolling-drawing, rolling-forging, and rolling in multi-roll calibres of hard-to-form and heat-resistant materials. Researchers of the Department of Automatic Installations of the CPI (Head of the Department, Associate Professor S.P. Maslennikov) solved complex problems related to the equipping the starting positions of aircraft. Scientific activity of R.P. Chaptsev at the CPI Instrumentation Engineering Faculty was related to the subject field of cybernetics, systems analysis, ecosophy, and informationology. In 1978-1988 he organized research on the state programs “Computer-Aided Design Systems” and “Automated Systems for Scientific Research” of the Ministry of Higher Education of the USSR and the RSFSR. At the Department of Informational and Measuring Technology under the supervision of Candidate of Sciences (Engineering) Yu.A. Usachev, a research field was developed for the design, creation and testing of precision measuring and control optoelectronic systems for the tasks of rocket and space technology, simulation equipment for their ground development and production tests. Aleksandr Shestakov, Candidate of Sciences (Engineering), was engaged in the development of control systems for dynamic stands for ground simulation of the flight of sea ballistic missiles. The scientific field of research of Professor German Vyatkin was the physical chemistry of high-temperature metallurgical systems, and experimental metallurgy. And we can continue the list.

- What was the procedure of defending the thesis like?

The special conditions in which we live and work today - the conditions of the pandemic - did not prevent me from defending the thesis. Despite the fact that some of the members of the Dissertation Council could not attend the meeting in person, due to the good technical equipment of the university and the proven procedures of the remote format, the defence took place anyway.

- Whom would you like to express traditional gratitude for help to?

- First of all I am grateful to my scientific advisor V.S. Balakin for consulting, and simply for his support. I would like to thank the Director of our Institute, Doctor of Philosophy, Associate Professor L.K. Lobodenko for the support, as she quickly resolved any issues, and the Head of the Department of Russian and International History, Doctor of Sciences (History), Associate Professor O.Yu. Nikonova. Without the help of Doctor of Sciences (History), Associate Professor M.I. Miroshnichenko, a scientific secretary of the Dissertation Council, the paperwork for the State Commission for Academic Degrees and Titles and the Academic Council would have been just a utopia! I am very grateful to all my colleagues for their support during the preparation for the defence.

- Are you ready for new scientific research?

- I think I'm ready. After a short "break", I plan to complete the previous field in the form of a publication and proceed to other problems. In particular, I decided to "swing" on a topic that has been of interest to me for a long time, namely, the political history of imperial Rome. I hope that my personal and professional interest in this important period of world history will allow me to get at least a little closer to unravelling the innumerable secrets of ancient civilizations.