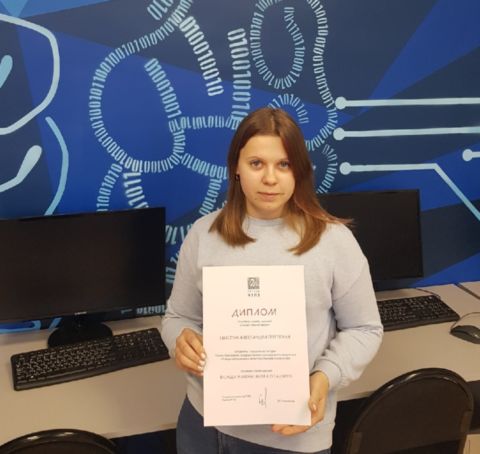 Four Master’s degree students of the Faculty of Materials Science and Metallurgy Engineering of South Ural State University have been awarded the Yakov Osadchy Scholarship, named after the legendary director who in the Soviet time headed Pervouralsk Pipe Plant and Chelyabinsk Pipe Plant (which are part of the ChelPipe Group now). This year the awards ceremony has been held online.

Four students from South Ural State University have earned certificates showing their right to being paid a monthly scholarship over the course of one year: Alena Bukharina, Dmitriy Isakov, Kirill Lozoviy and Aleksandr Svistun. Besides our students, the Ya.P. Osadchy Scholarship has also been awarded to two students from the Ural Federal University named after the First President of Russia B.N. Yeltsin: Anna Mineeva and Irina Novoselova.

The contest to receive this scholarship occurred in two stages. Students sent in an application, which consisted of their resume, a motivation statement, and an essay on the topic of white metallurgy. In the second stage, representatives of various subdivisions of the ChelPipe Group conducted interviews with the authors of the best essays.

The Ya. P. Osadchy Scholarship was founded by the Board of Directors of the ChelPipe Group 19 years ago, in 2001, in honour of the 100th birthday anniversary of the famed director of the Chelyabinsk Pipe Plant, leading metallurgist of the Soviet Union, and Hero of Socialist Labour Yakov Osadchy. Since the founding of the scholarship, it has been awarded to around 200 students of engineering specialties, both from the Ural region and from Moscow.